You know what is more disjointed and contorted than a freak show contortionist at a circus? Live-Evil, this movie, that’s what.

I honestly believe writer/director Ari Kirschenbaum has a hell of a story going on…in his own mind. Unfortunately, he never effectively conveyed this story from his mind/paper to film. I liken Live-Evil to some board games I have played in my time. The creators of the game of course know how their creation is supposed to work and play and in their own minds when they sit down and play the game at their own table there are rules and mechanics that are understood inherently to them specifically. However, when the game is mass produced and they have a rule book written, the rules they take for granted that should be known or implied isn’t always written out in the rulebook which leads the consumer to have a unpleasant time with the game. That is what we have with Live-Evil. We have characters who seem so in the know as to what is going on and do a lot of name dropping in reference to other characters in such a fashion I honestly felt I was watching a part 2 to a film or I had missed something but in truth it is just that the director believes that the viewer is going to know the inner workings of the story as if they had come up with it together. Trust me, as a viewer you will not be in the know and you will feel most of the events and scenes in the film will have no context whatsoever. 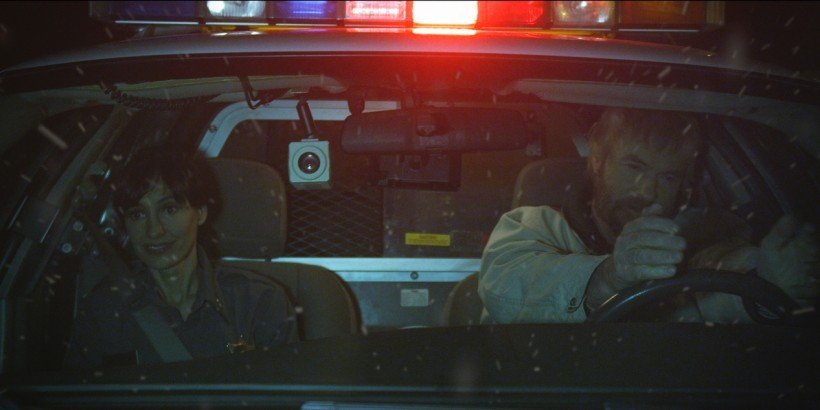 Live-Evil takes place in a college town and centers around a gun waving cop named Hancock (Charlene Amoia) and Sheriff Pete (Vladimir Kulich). The film starts out with Hancock shooting a maimed cow in the middle of a highway in the head on Halloween night when she gets a call for something and then she says she is going over to some guys estate (this guy is named several times in the film like we are supposed to know him) to check out what is going on. She gets to the estate where she has to essentially scale the wall and proceed to the manor. Once she enters the manor, people go running out in devil masks, there are dead people inside, and she finds a naked woman sitting in a chair. When Hancock see the woman it is inferred she knows the woman but says to herself it is not really her and then arrests her. Again, she never questions WHY she sees this person as someone she knows but just tells herself that it really isn’t her. We are never told why.

Hancock gets the suspect to the station and everyone who sees the suspect sees someone different. Hancock says it is none of these people and seems to act like everyone is dumb for not seeing it as the woman or something else. Her and all the other characters never just stop for a second and say, ‘Hey why are we seeing a different being?’ They just argue about it and eventually in the film they just say…’It’s probably just evil.’ Well no shit. All the while I am watching the movie wondering what is going on why is most people acting nonchalant about everything but also they seem to know everything while not knowing anything at all. 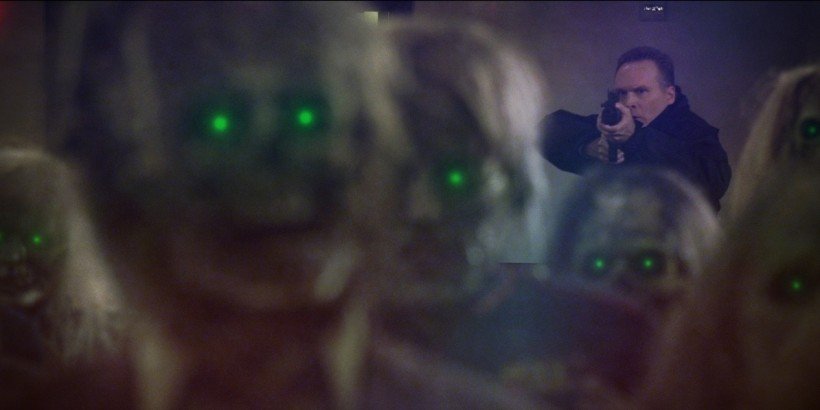 Eventually the town gets possessed by…something that people think are zombies…except Hancock because, she is the expert for some reason. Things happen out of nowhere, the film goes from black and white to color, there are artifacts that turn up that I think is the reason shit gets unleashed…these were found at the estate from the beginning of the movie…I think from the forensic search that happened earlier in the film but I can’t remember anyone finding them. Also, Hancock and Sheriff Pete automatically know they are evil artifacts but when you see them show up in the film it is the first I see the characters ever in the presence of these items. Unless I missed something. Did I miss something? If so please let me know!

You see how confused this film makes me? DO YOU?!?! I honestly felt I had missed something because there were so many leaps in the characters’ knowledge of things that it felt to me I should just KNOW why they knew the things they did. 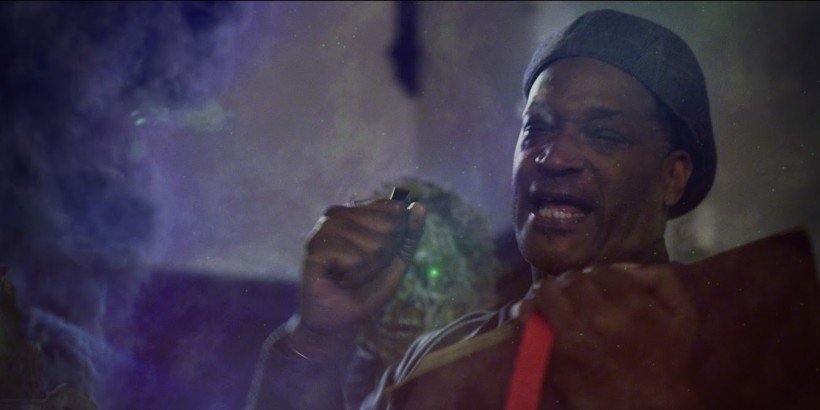 I may sound harsh on Live-Evil and that is because I am. I would like to point out I think the film has a solid foundation of a story; but, if you are a writer, you have to understand just because the logic works in your head as to what is going and that you are privy to that logic and knowledge does not mean the rest of us are. That is the job of a good storyteller — convey the story in a way that lets us see into your world and what is going on in a clear way without giving away the whole plot but also not making everything so unclear we have to develop an entire mythos of our own to explain your tale. Basically, I am telling you do not make us do your entire job for you.

Live-Evil showed a lot of promise but unless you want to come up with your own backstory to everything in the film then you are going to be left wondering what is going on and why everyone is doing what they are doing.

“Fantastic Beasts And Where To Find Them” (2016): Not Fantastic, But By No Means Beastly

This week marks the 15th anniversary of  Harry Potter and the Sorcerer’s Stone  hitting theaters and the start of one of the more remarkable film franchises in history. With her series of books, author J.K. Rowling created a universe so vast in scope that it spawned not only eight films, but a massive theme park […]

“Malatesta’s Carnival of Blood” (1973): A Creepy and Psychedelic Tone Poem from the Early 70s

From the title Malatesta’s Carnival of Blood, one might expect a Herschell Gordon Lewis style B-movie gore fest. Instead, one gets a creepy, atmospheric, low-budget cross between art and exploitation. A young woman and her parents discover strange goings-on at the run down carnival at which they recently began working, and they find themselves having […]

Not every horror movie needs to be a gore-filled, action-packed thrill ride; there’s a lot to be said for films that take the time to develop strong characters and build a slow-burn atmosphere of nail-biting tension that drives the audience to the edge long before anything actually happens on the screen. Lost Gully Road, directed […]