I’ve spent the better part of this morning processing the fact that the genre has lost yet another true icon. I awoke this day to the sad news that Angus Scrimm had passed, the Tall Man from Phantasm no longer walked this earth and like the films he starred in it seems almost surreal that he’s no longer with us. I didn’t know him personally but the Phantasm films were such a mainstay in my young horror viewing days that I certainly feel like he’s a part of my family. I think a lot of you can relate to that.

There are only a few film characters that I can truly recall seeing for the first time but Angus Scrimm’s Tall Man would be one of them. I clearly recall seeing Scrimm on the giant screen — very little make up — there was nothing grotesque about the Tall Man — just the expression, the gait, the voice. It was all Scrimm and for me that makes him even more of an icon than most, just that look and that booming voice. “BOOOYYYY!” I’ll never forget the first time I heard that. 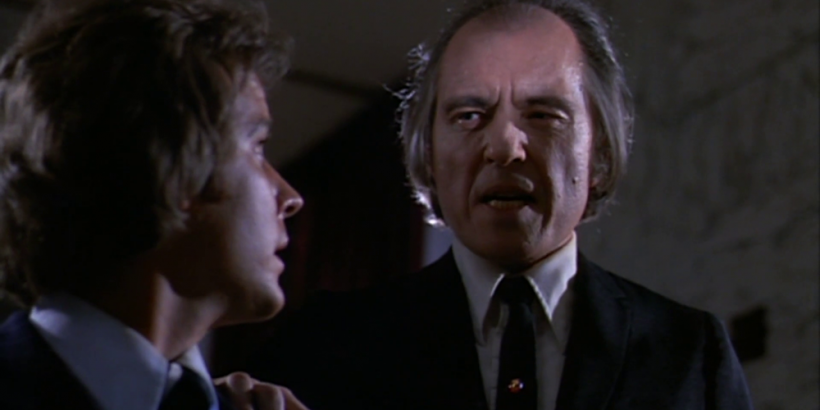 The term iconic almost doesn’t do him justice and his portrayal in some ways actually defines the genre. What a legacy to leave.

“Angus Scrimm passed away peacefully tonight surrounded by his friends and loved one,” [His] performance as the Tall Man is a towering achievement in horror film history. He was the last in a long line of classic horror movie stars. He was a terrific actor and an even better friend. He will be missed.”

In the coming days and weeks tributes and remembrances will be flooding the net but for today lets just remember a kind, gentle and gifted man who with immense talent and just a little glee forever changed the lives of a generation of genre fans.

Shooting Wraps on “Kill Giggles” Greensboro, NC filmmakers, supported by stars and creatives from all over the world, came together for 20 days to shoot a new clown film in […]

Attack On Titan takes place in an unspecified future, a future in which humanity has been beset upon by a race of humanoid giants known as “Titans”. These beings […]

You all down for the new Quibi streaming service? Well, ready or not, it’s heading our way and while it won’t be strictly a genre service – horror promises to […]