“Vaginas are like coupon books for alcohol” – Andrea (Jordan Todosey) in He Never Died. 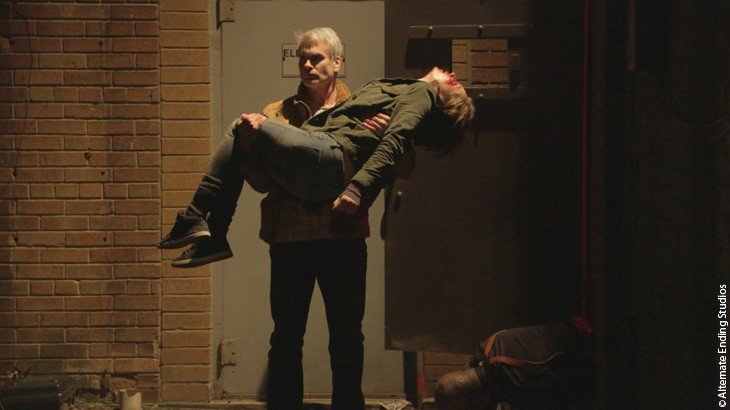 So goes one of the more memorable lines (in a film full of them) in He Never Died, a film that wants you to believe that a man named Jack (Henry Rollins) is an immortal being living in a small run down apartment, trying to avoid everything and everybody. But being left alone is a tough road to hoe for poor Jack, because his estranged daughter suddenly arrives to stay with him for a few days, and he’s run afoul of a gang of thugs who want him dead for interfering with their business. But what makes this film a lot more interesting than its minimal plot, is trying to figure out exactly who (or what) Jack really is. We learn almost immediately that he can take a lot of punishment, and while bullets definitely make him bleed, they hardly stop him. Actually, he just pulls them out after he gets shot, then he beats the crap out of whoever shot him. We also find out that he really likes to eat eggplant parmigiana and human flesh. So what do all of those clues lead to?

Hell if I know. 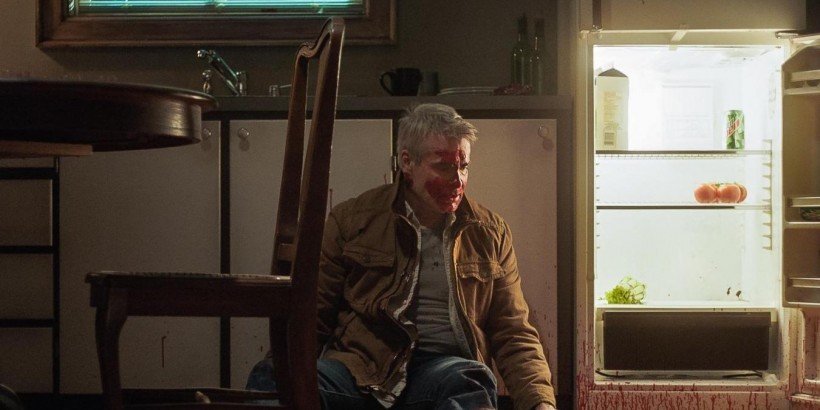 But that’s part of the fun of watching He Never Died. Writer/Director Jason Crawczyk has crafted a pseudo superhero film that centers on a reluctant hero that just wants to be left alone to wallow away the days as he lays on his bed, drinks hot tea and plays Bingo at the local Bingo parlor. Jack’s needs are minimal, but he does need a steady supply of blood to drink. An orderly at the local hospital named Jeremy (BooBoo Stewart) helps him out with that for a price. And all seems well for Jack as the film begins, except that the local gang wants to get Jeremy because he owes them money, and Jack isn’t about to let them get to his supplier. Then his daughter, Andrea (Jordan Todosey) arrives, and is summarily kidnapped by the gang in response to Jack beating them all up. So Jack enlists the help of a waitress, Cara (Kate Greenhouse) at the diner he frequents to help get him around town in her car as he hunts down the men who have his daughter. And what’s with the old man in a trenchcoat and fedora that makes Jack really nervous, and only he can see? 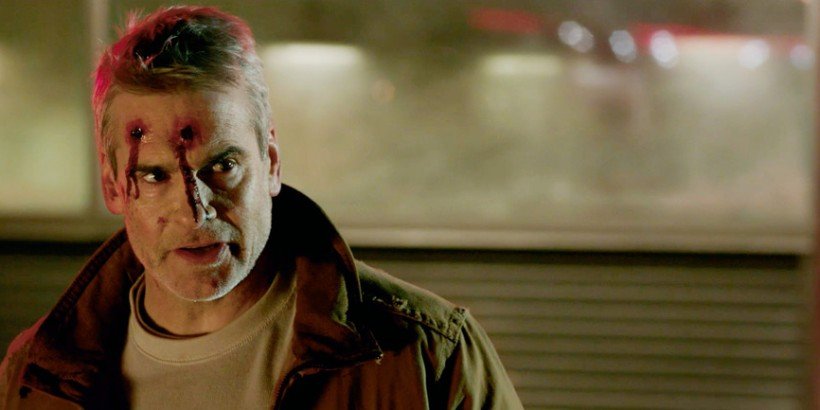 Now all of that sounded fairly exciting didn’t it? Well, it really isn’t all that exciting actually, because He Never Died is the kind of superhero/action film that The Duplass brothers might’ve written/directed. It’s the first Mumblecore action film! But therein lies the biggest problem with the film, Rollins underplays Jack near to the point of no return. I’m not sure if that’s the way the character was written, or if that was a choice that Rollins chose for himself, but it doesn’t always work. There are a few scenes that are annoyingly static, with very little going on to engage the audience. If (by the time that the slower scenes arrive), you’re not convinced that the stylistic choices Rollins makes work for his character, then you’re probably not going to dig this film too much. The question of what Jack actually is becomes a bit annoying at well. The film never really gives us a clear idea to his true identity, but it tosses in a few clues. Jack does admit to Cara that he’s been alive since biblical times. But then again, he eats human flesh so he might be a zombie. And then again, he drinks blood, so he might be a vampire of some sort. But then again, two scars on his back hint that he once had wings, so maybe he’s a fallen angel. Let’s just call him a really old, cannibalistic, blood drinking, anti social, fallen angel. 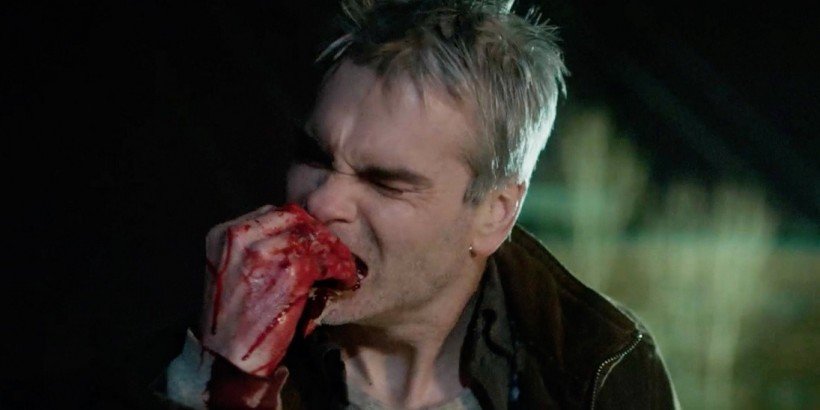 And then there come a few occasions in which Jack seems to be possessed by a rage that only the taste of human blood can tame. He throws his daughter out of the apartment during one of them, which leads to her getting kidnapped. But before he discovers that she’s gone, he goes on a hilarious walk around town, trying to tempt someone to do something wrong in order to give him an excuse to feed on them. It’s little touches of humor like this that make He Never Died engaging and unique. But at times it moves along at such a somnastic pace that I wouldn’t blame anyone for giving up on it before it’s over. And all of you who stick with it till the end probably aren’t going to be too enthused at the end, which not only leaves all of your questions unanswered, it leaves you with a cliffhanger! Crawczyk has mentioned that he’s like to turn He Never Died into an episodic series where he can continue Jack’s story, but I’m not sure it’ll fly very far as a series. I’d much rather seeing Rollins return in a full fledged sequel, in which his real identity can be revealed with an appropriately loud bang (and lots of blood too). 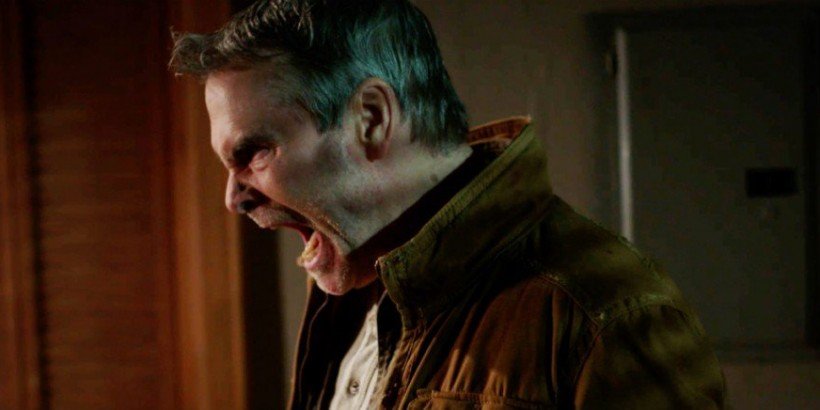 I genuinely enjoyed He Never Died, but I’m pretty sure there’ll be more than a few viewers that’ll be turned off by its schizophrenic tone. And while it raises a lot more questions than it answers, it has Rollins in it’s meaty little center and he makes it work. It isn’t for everyone, but He Never Died is a good little movie that shouldn’t be allowed to just fade away. 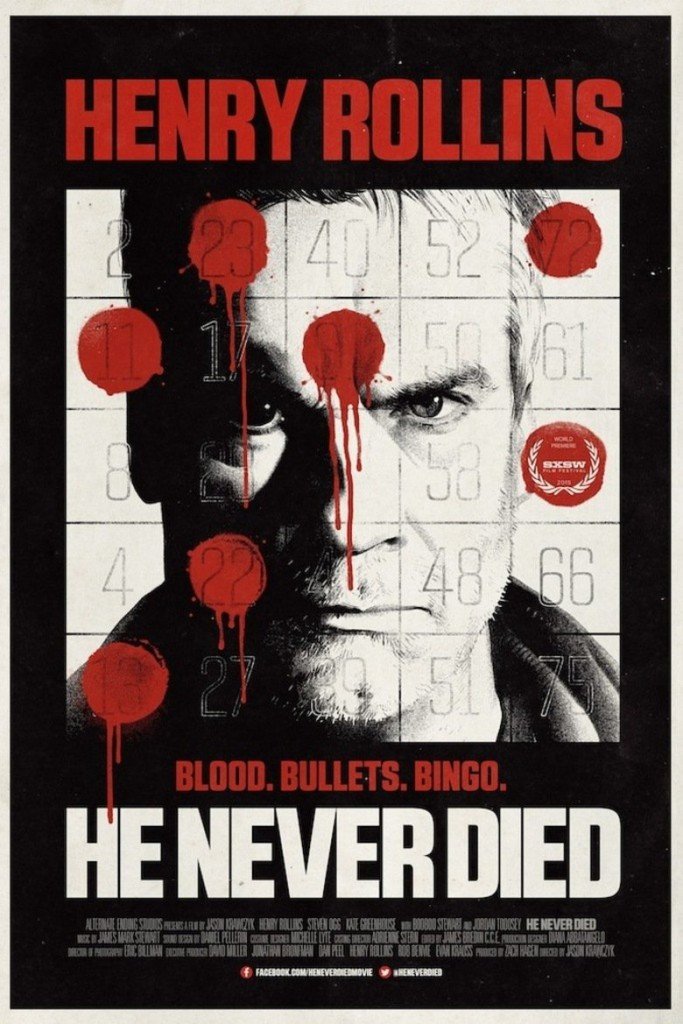 Johnny Taylor (Randy Wayne) has big problems. Ever since his evil, but hot babysitter Debbie (Jessica Louise Long) tried to drown him in the backyard pool when he was a boy, he’s been so afraid of water that he won’t even drink it. Some 20 years after the incident, for some inexplicable reason, he takes […]

“The Puppet Man” (2016): Night on the Town Turns Deadly in Stylish Horror Short

Lit in lurid neon colors and dripping with a sense of menace and dread from its opening moments, writer/director Jacqueline Castel’s new horror short The Puppet Man is a captivating fear-fare entry. Right away, viewers know that four young people are in a place they shouldn’t be when they stumble into a seedy bar on […]

It’s easy to see why a horror movie maker might want to set his story in a carnival haunted house: The jump scares come virtually prepackaged. If it’s a gag in the house designed to scare visitors in the film then it can also be used to scare the movie audience. As experience will tell […]

[Review] NO ONE GETS OUT ALIVE (2021, NETFLIX) Do Not Overlook This Haunted House Monster Movie

Tonight, we review NO ONE GETS OUT ALIVE (2021, NETFLIX). Doc Rotten from Horror News Radio. Jeff Mohr from Decades of Horror: The Classic Era. And Crystal Cleveland, the Livin6Dead6irl from Decades of Horror: 1980s share their thoughts about this week’s awesome collection of streaming horror films. Joining the crew is Horror News Radio co-host, […]