You know what I consider talent? Taking something that is normally considered subpar or poor and using those perceived disadvantages while  maximizing their full potential to actually turn them into positives. This is exactly what writers Justin Channell (also the director), Zane Crosby and  Josh Lively do in their film Winners Tape All: The Henderson Brothers  Story. Everything about this movie/mocumentary should be bad  but the film is  far from it. In fact, it is pretty damn entertaining and charming.

Winners Tape All: The Henderson Brothers  Story  is a documentary-style film that chronicles the firsthand accounts of step brothers, Michael and Richard Henderson (Josh Lively and Zane Crosby) and their rise to fame as indie film makers during the VHS and video store heyday of the mid to late 80’s with  the two moves they made, Curse of Stabberman and Cannibal Swim Club, each  funded by Richard’s left over student loan money after he flunked out of college. The two brothers start a small video company called Cameo Video and begin work on their first film Curse of Stabberman. Curse of Stabberman basically sums up what z-movie slasher films were like in the 80’s. Bad acting, bad video quality and the It’s-so-bad-it’s-good everything. All of this while the two brothers explain in haphazard fashion why they made the good decisions they did while making the movie and having to re-shoot parts of their interview after finding out one of the girls who was in the movie is now dead. Basically they wanted to make sure they said something good about her now. Ironically the documentary maker is just as bad at editing as the Henderson bothers and leaves in the part where the one brother is talking bad about the dead actress. 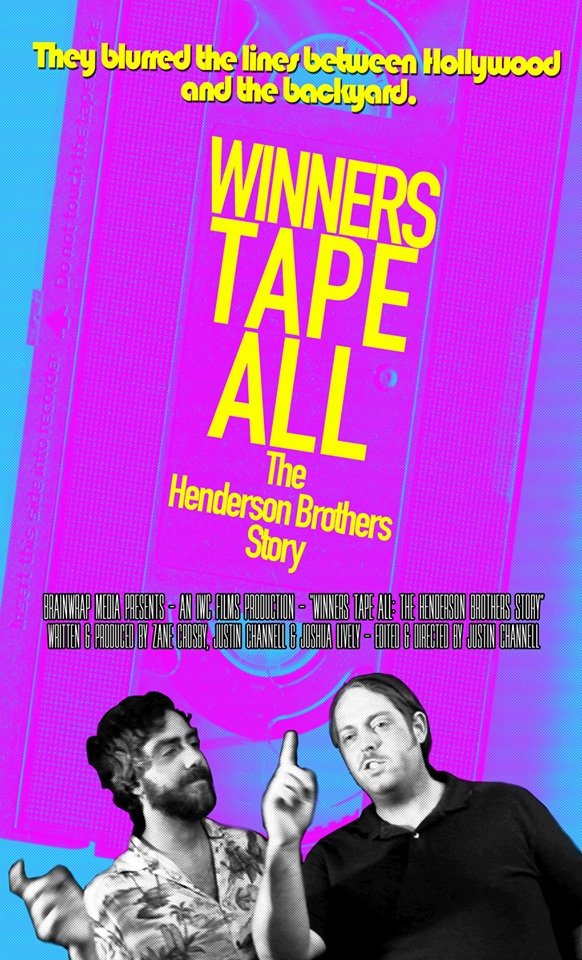 Well, apparently,  Curse of Stabberman was a success and led to the duo’s next movie Cannibal Swim Club which was originally supposed to be named Cannibal Swim Camp but the super awesome camp location didn’t work out and they had to tape at a guys backyard pool. Oddly enough, this film was somehow worse -and better- than Stabberman and that made it even more hilarious. You have Richard’s character playing a lifeguard/world class swimmer who is watching the swim club, who has suffered a personal tragedy, trying to impersonate Quint from Jaws and apparently trying to implement a psychic ability. All the while both brothers try to explain in clips placed in segments between during the movie the ludicrous decisions and their fears/hopes that the movie might be mistaken for ‘Jaws’ by the people who view the film. Again like with Stabberman, Cannibal Swim Club showcases every bad trope that 80’s VHS Z movies were known for in hilarious fashion. I laughed hard when Richard explained they had taken one hour of an acting class and felt it ‘Really showed…’ in this film. 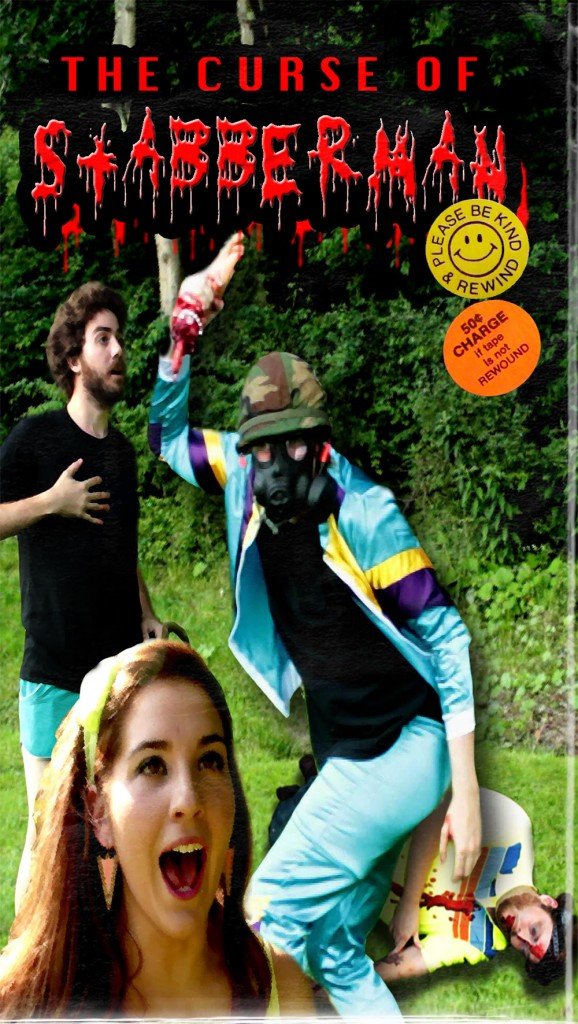 Apparently, Cannibal Swim Club was not as successful as the Stabberman endeavor and led to Cameo Video going bankrupt and Richard having to relocate to a beach in North Carolina to eventually lose a testicle in a shark attack while surfing. The brothers finally reconnect and then get contacted by documentary film maker Henry Jacoby (Chris LaMartina) who made this documentary and plans to eventually release both Curse of the Stabberman and Cannibal Swim Club on DVD and Blu-ray. We are shown some excellent  transfer samples which look…exactly like the originals. 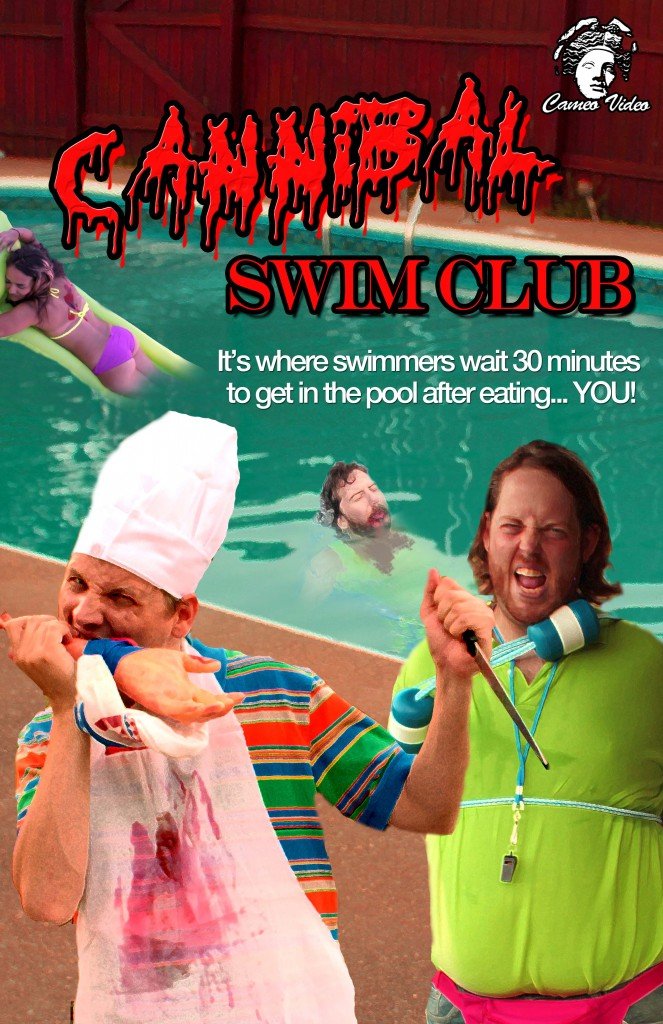 Winners Tape All: The Henderson Brothers  Story is a pretty damn funny movie and and a hilarious mockumentary film. If you are a fan of 80’s nostalgia, subtle humor and remember the 80’s VHS glory days for all their glory and infamy then this film will be a little special delight for you. As I mentioned in my opening of this article, everything in this film should be bad…and it would be bad if the film makers had to try and seriously make the fake films we see in the movie and pass them off a legitimate 80’s throwbacks but they took the idea of bad and implemented those elements into a story that made them good. Which is what Robert Rodriquez and Quentin Tarantino have done this for years with the 70’s exploitation genre, especially in the Grindhouse movies they made.

While Winners Tape All: The Henderson Brothers  Story  doesn’t have the budget of a Tarantino film and is taking the piss a bit more than his films, the same spirit and idea embodies this film as some of Tarantino’s, just in 80’s style baby!

The Conjuring 2 is exactly what the genre needs. It is James Wan‘s fright-filled love letter to horror cinema and fans. It is also his best cinematic achievement yet and […]

“The Gracefield Incident” (2017): An Extraterrestrial Found Footage Cabin in the Woods

The debut feature from director Mathieu Ratthe, The Gracefield Incident, spins a thrilling genre mash-up between Cabin in the Woods and many alien invasion films all told within a found […]

“Night of Something Strange” (GenreBlast 2016): Offensive In Every Way, Entertaining With Every Frame

Director Jonathan Straiton, along with co-writers Ron Bonk and Mean Gene, may have created the most distasteful, objectionable and vulgar horror film of the past decade. And, it is absolutely […]