I have always been a fan of Edgar Allan Poe though not a die-hard fan,  only  a casual one. I do have a collection of his works but have not read all of them as his writing style at times were a little hard to read. Personally, I always preferred his spiritual successor H.P. Lovecraft but really love the classic Poe tales like “The Tell Tale-Heart”, “The Mask of Red Death” and the fantastic, chilling and claustrophobic “Cask of Amontillado”. So, when I saw that Tales of Poe was offered to me to review, I was really interested and eager to see how some of Poe’s more well-known stories were going to be translated to film. I have to say, my tell tale-heart is going to bust through some floorboards in frustration on this one.

Tales of Poe at its heart attempts to put to film contemporary interpretations of the Gothic tales Poe put to paper. Or at least the first two tales are. The third and final tale ‘Dreams’ seems to be independent of any connection to any of Poe’s tales or at least any I have read or know of. As this turns out, for me as a viewer, makes the final installment the best of the bunch. I will explain more on that in a moment. 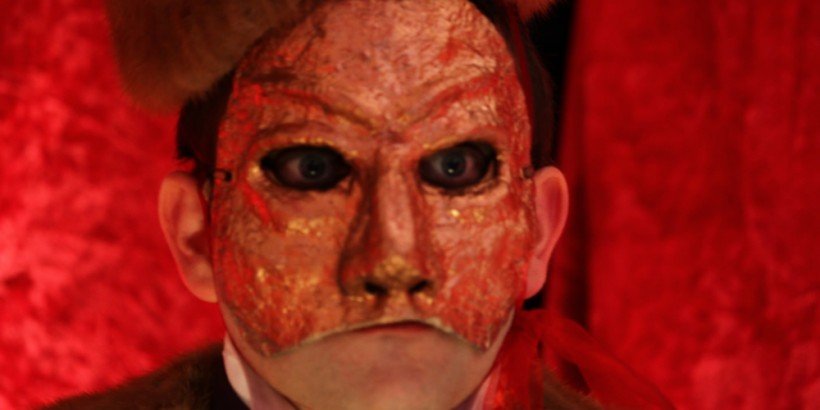 The first story in the film is based off of “The Tell Tale-Heart.” It begins as a nurse turned killer being wheeled into the psycho ward where she begins to tell other patients why she got admitted. It turns out she was a night nurse for a once famous actress Miss Lamar (Alan Rowe Kelly) who happens to have a pretty disgusting eye that oozes puss and liquid. Eventually the nurse snaps because of the eyeball driving her crazy and kills the old actress. She then dismembers and buries the actress under the floor. Where she then begins to hear the heart beat and confesses to a cop who happens by…by confess I mean she rips up the floorboards in a manic frenzy and get committed to the Looney bin. While this tale does follow the basic premise of Poe’s original story it still doesn’t evoke the eeriness or disconnect the original tale evoked.

The second story is based around “The Cask of Amontillado” and is also the one I was the most disappointed with. The original tale revolves around a man seeking revenge on another for dishonoring his family and lures him down into some catacombs and buries him alive. It is also told from the point of view of the killer fifty years after the crime. The film’s take on the tale revolves around Fortunado (Randy Jones) being betrayed by his wife Gogo (Alan Rowe Kelly) on his wedding night so she can get his estate and fortune. The film veers even further off the original concept of the story by making Fortunado break out of his tomb after also being burned alive and come after Gogo like a stalking zombie of some sort. There was also some sort of woman at the wedding party that had psychic abilities? I was left bewildered and annoyed at this and felt it was attached to a Poe story only because a) some of the characters had the same names b) a guy was buried alive and c) It had some parts to do with wine. It was also way  too long. I was not a happy person by this point in the film and was getting pissed off. 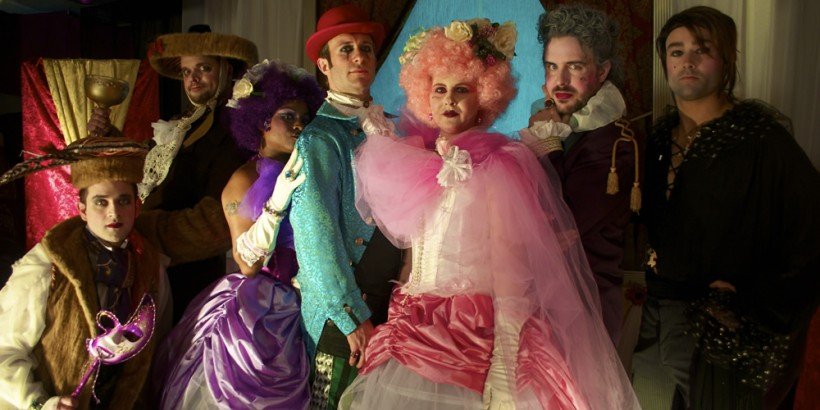 The third story titled “Dreams” is by far  the best of the three tales. This may be because I am not familiar with any of the Poe stories it might be based on. It takes place inside the dreamscape of a woman who is a patient (I think) in a hospital. The patient is placed into some kind of coma or dream state and all kinds of bizarre scenes unfold. Like the patient walking around in beautiful aristocratic styled park in a white dress, encountering a strange tap dancing man with steam punk looking tap shoes, sleep demons, attending some kind of strange dinner party among some other strange events. Also, it is cool to see some Friday the 13th alum in the mix here. Adrienne King playing the Queen of Dreams and Amy Steel playing the Mother of Dreams.

What this story is about you may ask? Well I am here to tell you I have no fucking idea but I liked it and it seemed to convey more of a Poe-esque type feeling than the first two tales combined. The reason I may have liked this one so much is that I didn’t have a story to reference it to. In fact I think they could cut out the first two stories entirely and left this one in and the film would have been a winner and it is the only reason I am going to be recommending the film in any way and why I will rate it as high as I have. 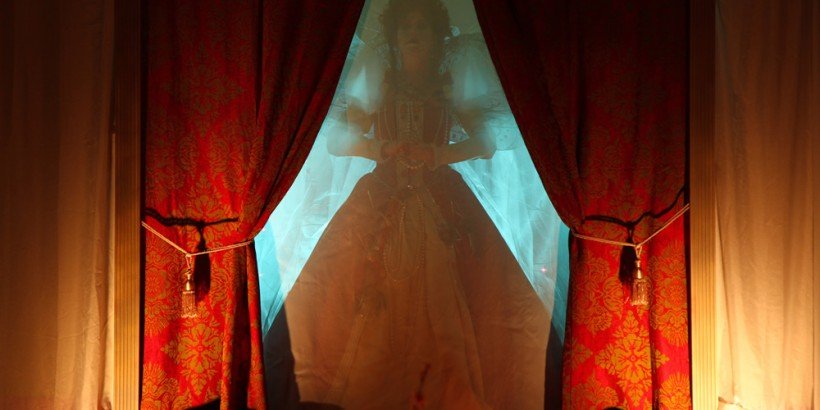 Writers and directors Bart Mastronardi and Alan Rowe Kelly offer up a film called Tales of Poe but seem to be a little hit and miss in terms of whether they want to evoke the strangeness and gloom of Poe or just sprinkle in some elements of some of Poe’s stories and try to claim they are linked to the man’s tales. Again, my main enjoyment in the film came with the last tale in which I had no idea exactly what was going on and the fact I didn’t know the Poe story it may have been connected to. This probably should serve up as a warning for Poe fans, that if you don’t like his works to stray too far off the source material you may be a little upset with Tales of Poe. If you are looking for something that is just a horror or bizarre film then Tales of Poe might be for you but only if you skip the first two shorts and go to the third. 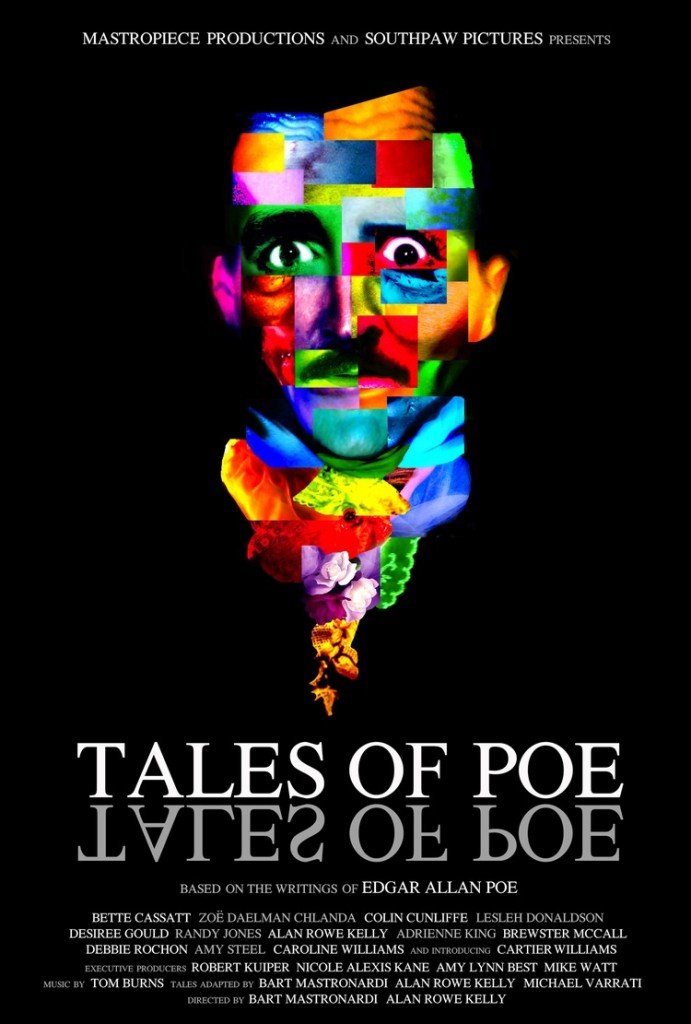 After watching the Christmas-set thriller Body, you may just want to stay at home with your friends and loved ones during the holiday season rather than going out while under the influence of alcohol and drugs to seek mischief. Hopefully you would have made such a decision even without seeing this taut film, an effort […]

Seen as a sort of revisit to the celebrated television series Masters of Horror, the new scare-fare anthology Nightmare Cinema serves up five tales of terror from renowned directors Mick Garris, Joe Dante, Alejandro Brugués, Ryûhie Kitamura, and David Slade, with a wraparound segment featuring Mickey Rourke as The Projectionist. As with any cinematic portmanteau, […]

Chicago-born actor Pat Healy has been a welcome presence in horror films over the years, including memorable turns in Compliance, Cheap Thrills, The Innkeepers, The Pale Door and Velvet Buzzsaw. The 50-year stage-trained performer frequently plays excitable, edgy characters, both on big screen and small. In We Need to Do Something, Healy dials that persona […]

Welcome to HEROES & DROIDS, your guide to pop culture movies and TV! This week we review… Marvel Studios’ WHAT IF? (2021, Disney+)Episode 7 – “What If… Thor Were an Only Child?” On HEROES & DROIDS, we discuss pop culture about Superheroes, Sci-Fi, Disney, and Action. From Marvel to DC, from Star Wars to Star […]