Take the following ingredients — a pair of hitchhiking newlyweds on their honeymoon, a teen couple running away from a bad family life, and a local law enforcement officer suffering from a recent breakup — and mix them together in a remote bed and breakfast owned by a cheerful woman who leads morning nature hikes. These ingredients make up the basic recipe for the plot of Bastard, a film written by Patrick Robert Young, who also co-directed with Powell Robinson. Of course, like any recipe, the key to its success is in its secret ingredients — the herbs and spices, if you will – and in Bastard, there is much to tantalize the viewer’s taste buds.

To begin with, the hitchhiking newlyweds, Hannah and West, played by Ellis Greer and Dan Creed, add plenty of flavor. Besides being newlyweds, they are a musical duet called Royal Cunt, and they’re spending their honeymoon hitchhiking to their next gig. And oh, by the way, they’re also serial killers. Their version of hitchhiking is to kill whoever stops for them and then steal the car. When someone driving a vintage Mustang convertible pulls over to give them a ride, they argue over who gets the privilege of killing him. They finally make their decision by playing rock-paper-scissors. West wins, and in short order, he buries a hammer in the driver’s skull and proceeds to bludgeon him to a pulp, cut him up, wrap the pieces in plastic, and store them in the Mustang’s trunk for later disposal. 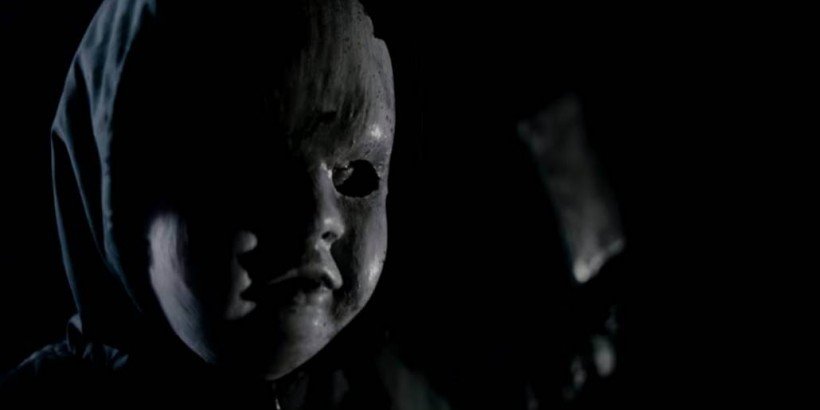 Cut to Jake (Will Tranfo), one half of the teen couple, as he hastily packs a few things while his mother and her Neanderthal husband try to dissuade him from leaving. Betty (Rebekah Kennedy), the other half of the teen couple, is sitting on the curb, quietly waiting. When Jake finally exits the house, the two of them head off down the street on foot. At first they seem to be pretty much as presented, but later, just to add a little more spice to the story, we discover that Betty and Jake are not only a couple; they’re also brother and sister and Betty is pregnant with her brother’s baby.

We next see Betty and Jake hitchhiking on a highway, and lo and behold, they are picked up by Hannah and West with their recently acquired vintage Mustang convertible. When they arrive at their destination, they learn that the “gig” West has booked is really the high school talent show and Hannah is understandably furious with West’s incompetence. Jake asks about lodging and is told the only decent place is Rachael’s Bed and Breakfast, so our fab four head out of town to find it. When they arrive, they are cheerfully greeted by Rachael (Tonya Kay), the establishment’s owner. Rachael’s secret ingredient is that even though she seems excessively upbeat and cheery, she can be verbally vicious at the drop of a hat. 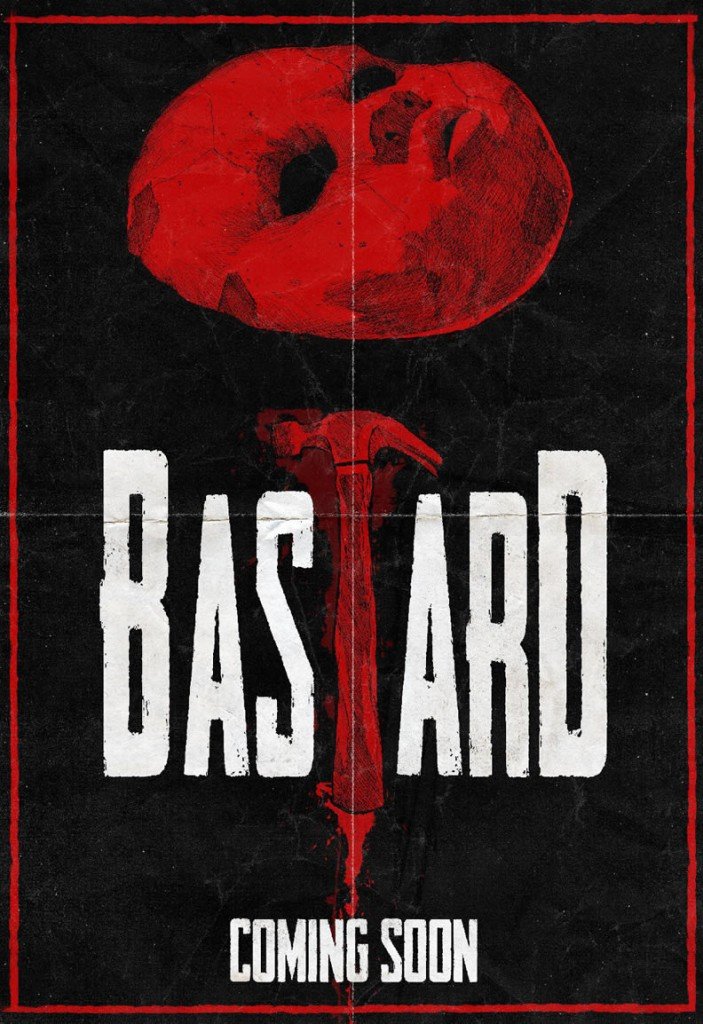 Our last ingredient is the local law enforcement officer, Michael (Burt Culver). When we meet Michael, he is wearing a blonde wig and lipstick and preparing to hang himself. He’s interrupted when his homosexual lover comes home and discovers what he’s planning to do. Michael’s secret ingredient is not that he is a homosexual or that he is suicidal or that he may secretly identify as a different gender. None of these have any effect on the plot. No, Michael’s secret ingredient is that because of his inability to cope with his gender identity, he drinks too much and is a practicing alcoholic. As a direct result of his drunken transgressions, his lover, Davie (Bobby T), kicks him out of the house. Since he now needs a place to sleep, Michael also ends up at Rachael’s.

There is one more ingredient vital to Bastard’s story. It turns out that one of our gang of six is even nuttier than they seem. In fact, their degree of insanity isn’t even in the same universe as the rest of the players. I don’t want to give away which of the characters possesses this key ingredient. That would be depriving you of the misdirecting twists and turns of the story. And what fun would that be? Let’s just say, a body count of 9 or 10 is served up, with a heaping helping of gore on the side.

The story and character motivations worked for me. The actors all do a good job of selling their parts. Rebakah Kennedy is particularly good as Betty. At the start of the film, Betty is extremely insecure and meek, almost collapsing within herself and disappearing. But as the story progresses, she gradually comes out of her shell and, in certain scenes, exhibits a level of fierceness and strength I would not have thought possible. Ellis Greer and Tonya Kay also show some range. Greer’s Hannah is in turn seductive when hitchhiking, peeved when she loses at rock-paper-scissors, damn pissed when West screws up their band’s booking, but yet, still able to display a kind of prickly supportiveness when dealing with Betty. As Rachael, Tonya Kay easily moves from an almost nauseating cheerfulness to lashing out maliciously when someone offends her. And of course, there is also the actor who morphs into a serial slasher with severely bent motivations. That actor, whom I won’t name for spoiler reasons, does bat-shit crazy very well.

The practical effects in Bastard are well done. There are some very graphic scenes that include the violence involved. At other times, we don’t see the violence itself, but we do see the aftermath of the violence, possibly due to budgetary concerns. The filmmakers are creative in shooting those scenes, for instance, trading graphic visuals for graphic audio. One example early in the film is after West kills the Mustang driver. He begins to cut the body up but we do not see graphic close-ups of the dismemberment. Instead, the scene is shot from the other side of the car, with Hannah in the foreground. As West kneels over the victim, all we can see behind the car is the top of his head and shoulders as he bobs up and down in time to the sounds of a hand saw grinding back and forth against bone. West’s grunts and gasps of exertion are also intermingled with him talking to Hannah about some dull and grating subject. When he raises his head to look at Hannah, there is more blood on his face than the last time we saw him. He stands, walks around the car with a big grin on his blood splattered face and kisses Hannah. Not only doesn’t she flinch, but she welcomes the bloody embrace. It’s a very effectively done scene. 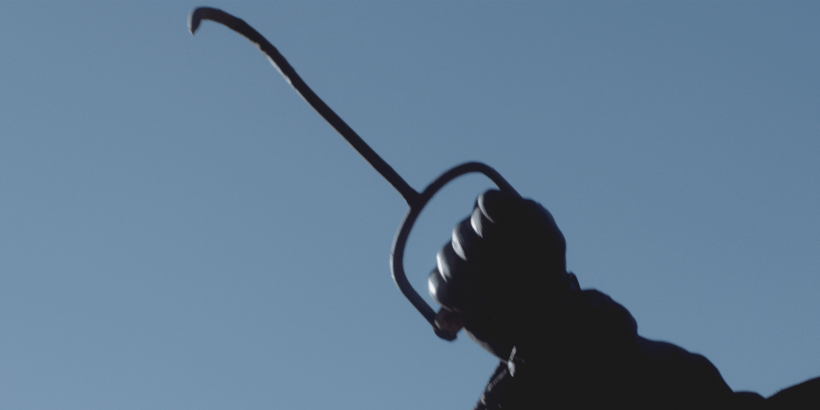 Bastard is definitely worth a watch and has that something extra to make it worth seeking out. 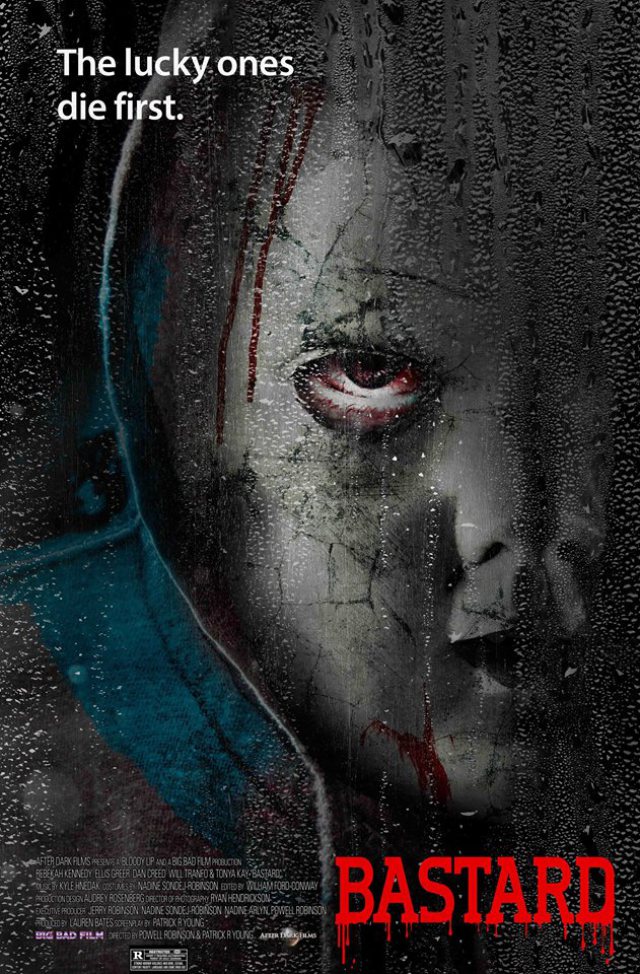 I’m a big fan of both creature features and movies about oversized animals attacking hapless humans. When those two subgenres are combined, it sounds like an instant recipe for a film that will appeal to me. Although I have a few issues with director Hank Braxtan’s Unnatural, it pressed more of my happy buttons than […]

Jill Gevargizian’s micro short film Grammy is a fun, quick slice of horror with humor. Although it runs only about a minute and a half, including credits, it shows off a great deal of filmmaking expertise and a very nice makeup effect. A young girl (Hala Finley) has spent the night at her grandmother’s […]

While not particularly gory nor gruesome, Psychomania (1973) is the grooviest undead biker gang movie you will ever have the opportunity to see. Director Don Sharp and screenwriters Julian Zimet and Arnaud d’Usseau mashup hoodlum biker and witchcraft/satanism genres to create a unique film. The leader of a motorcycle gang discovers that he can be […]

“You mustn’t play with dead bodies. You’ve had your fun. Isn’t it enough? Isn’t killing five enough for one day?” Is five enough? You be the judge. Join your faithful Grue-Crew – Chad Hunt, Bill Mulligan, Crystal Cleveland, and Jeff Mohr  – as they check out this wild ride from Japan, Evil Dead Trap (1988). […]