What Hostel  did to the perceptions of backpackers traveling to Europe to stay in hostels, Murder in the Dark will do to the perceptions of tourists traveling alone to abandoned castles in European countrysides. As I watched Murder in the Dark I was in awe of the beautiful landscape and the magnificent castle most of the film was shot in. I was also left thinking, “Why the hell are these people here alone in such a huge place? There could be anyone lurking around these ruins!” That misgiving aside, I was genuinely intrigued as to how the story was going to play out and left guessing a bit as to who or what was going on behind the scenes. The fact that the actors improvised much of the dialog and were  left in the dark a bit about how the story was to play out is really a testament to the skill of writer/director Dagen Merrill because, if  nothing else, he kept the whole thing from imploding in on itself like a dying star.

Murder in the Dark centers on a group of medical and research students  and  professionals led by control freak/douchebag Matthew (Phil Austin). The rest of the group comes from various medical backgrounds and cultures. We have the brother and sister combo Ajay (Samrat Chakrabarti) and Lilly (Kiran Deol), who are researchers; the lovebirds Solo (Eme Ikwuakor) and Simone (Simone Tang); naÃ¯ve but cute Taylor (Mary Kate Wiles), the daughter of group leader Matthew; tough Russian guy Luca (Yann Bean) and his girlfriend Jessica (Murielle Zuker); and the Australian hitchhiker Kevin (Luke Arnold), who they pick up while looking for an abandoned castle in a remote area of Turkey. The group arrives at their destination and during their overnight stay, they play a game called Murder in the Dark in which each member draws a piece of paper, one of which dictates who is the murderer. Everyone then shakes hands in the dark with the killer giving the signal that he just murdered his victim in a secret handshake. The bad news for these people is that once the game is over, the real killing begins and paranoia runs rampant.

The film pretty quickly begins to establish tensions between various members of the group, especially between Matthew and Kevin. Kevin pretty quickly begins to use his Australian charms on Taylor, which does not sit well with Matthew. Then, later in the evening, there is a lover’s spat between Solo and Simone, and once the first victim shows up dead, there is already paranoia spreading within the group and fingers being pointed. This works surprisingly well despite the actors being left in the dark about the story and having to improvise their lines. That doesn’t mean, however, that it doesn’t leave some problems with how some of the arguments between characters play out.

A few times when the characters were in the heat of arguments, I was left a little bit perplexed about  the reasoning that was being employed by some of the people. Again, this is the nature of having to improvise and come up with dialog on the fly without the support of a thought-out script. This also bleeds over a bit into other dialog and reasoning of characters in the film. It doesn’t destroy the film or make it unwatchable but there are  moments that will come off a little odd. Again, I commend the director and actors at being skilled enough to pull it off as well as they did.

Despite the dialog flaws that would spring up and some of the logic issues, I still felt vested enough in the film to see how everything played out and if the killer was part of the group, more than one person, or someone else hiding out in the ruins. I am also happy to see the 8 Films to Die For series make a comeback. While not a perfect film, Murder in the Dark is way better than other film entries that were part of this series before it died out for several years, which is promising for the future of the series. Also, the locale of the film is stunning and beautiful. Although  the film is set  in Turkey, it was actually filmed in Italy. If you plan on coming to visit Europe, I recommend visiting this part of the countryside in Italy  –  just don’t stay in the castle. Also, the movie is a pretty good watch, too.

Murder in the Dark 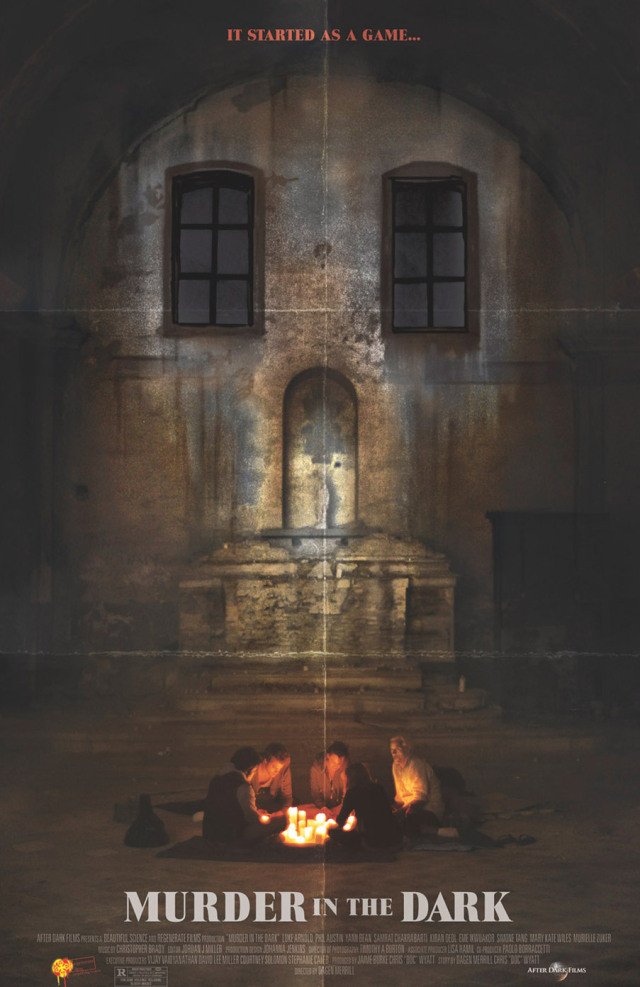 Everything about Life (2017) – the synopsis, the trailer, the poster, and the promotions – make the film out to be a second cousin to the Alien franchise. The film sets up a cast of six astronauts on the International Space Station investigating rock samples from Mars and discovering the first proof of alien life […]

A group of people heads off into the woods to track down a deranged killer who, according to urban legend, slaughtered dozens of people a decade ago. Some of them have a direct connection to one of the victims, some are just there for the thrill of the hunt. One of them is there for […]