Back in the late 90’s – when I was first getting into this whole horror game one of the first horror icons I got to meet was Gunnar Hansen.   I’m not sure what I was expecting when I walked up to that table but it certainly wasn’t what I got.   Gunnar was a soft spoken, highly intelligent monster of a man with the eyes of a wild man but the heart of a poet.   I was transfixed by his soft, friendly demeanor and had a hard time placing this warm, friendly man behind that blood soaked apron.

Throughout the years our paths crossed here and there and I was always excited to read his writings and see any film work he participated in but by far his legacy will be that of Leatherface – to call that character iconic somehow does not quite do it justice and it’s all due to the way in which Gunnar approached the character and the wild vibrancy he brought to the screen. 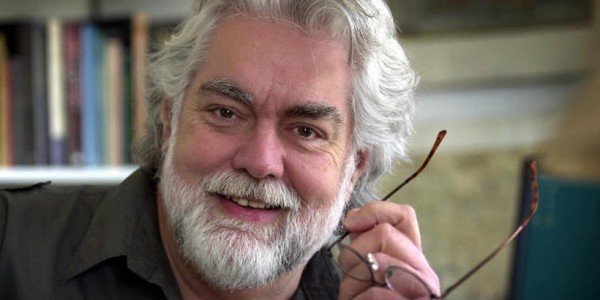 Netflix Rolls Out A Trailer For ‘In The Tall Grass’

An early collaboration between the father and son team of Stephen King and Joe Hill – In The Tall Grass is classic King – pitting everyday folk against the horrifying reality of a field of grass. It’s really what King does best – and he brought his song along for the ride on this one. […]

If you missed the limited release of Rob Zombie’s 3 FROM HELL last October, never fear! You will get your chance to catch the latest “Rejects” trilogy film exclusively on SHUDDER beginning February 13, 2020. Look for a review of the return of the Firefly family on an upcoming episode of the Gruesome Magazine podcast […]

Take This Trailer And Stick It Right Up Your A$$! Epic Pictures Bringing ‘Butt Boy’ To The U.S.

So, what we have here is a film about a serial killer – thing is – his method of killing is a bit shall we say – unconventional. I think the trailer does a fantastic job of setting the plotline. Here is the trailer for Butt Boy. Yeah – that’s right. Death by anus. Here’s […]