The latest Fathom Events/Turner Classic Movies partnership brings  a double feature of the original 1931 English and Spanish versions of Universal’s Dracula to cinemas across the U.S.

I first saw the English language version when I was twelve. I was with my family and close friends on our annual vacation to one of the 10,000 lakes in Minnesota. We stayed in a lakeside cabin at the same resort every year and we always hauled our 12″ black & white TV with us so we could watch the one channel available for news and weather. On this particular night, everyone else was hanging out in another cabin and I was alone in ours, watching Dracula. I don’t know if it was the resident night sounds of the Minnesota woods, the lapping of the water on the lakeshore, the lunatic laughter of loons echoing across the lake, my solitude in the small cabin, my intent focus on the small screen, or the film itself, but it scared the bejesus out of me! So approximately 50 years later, I couldn’t pass up the chance to view this classic on a big screen. I was doubly stoked because I had read about the Spanish language version but had never seen it. 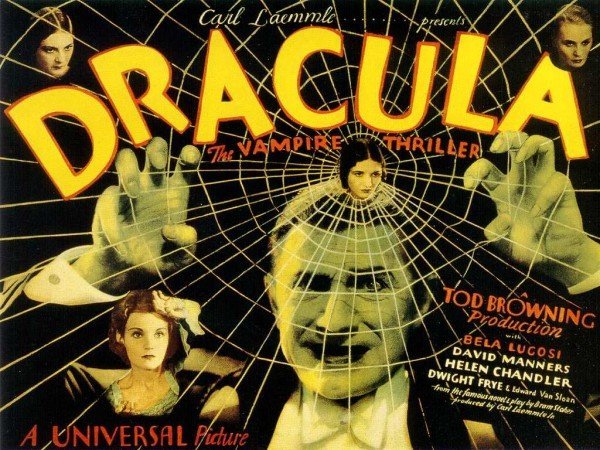 Director Tod Browning’s version of Dracula was up first. As the film began, I thought about the fact that I was watching a film shot 85 years ago and wondered if anyone involved realized they were making a piece of cinematic history.

The first things that stood out for me on the big screen were the sets. The interiors of Castle Dracula, the Seward Sanitarium, and Carfax Abbey are  filled with amazingly elaborate and ornate detail and depth. 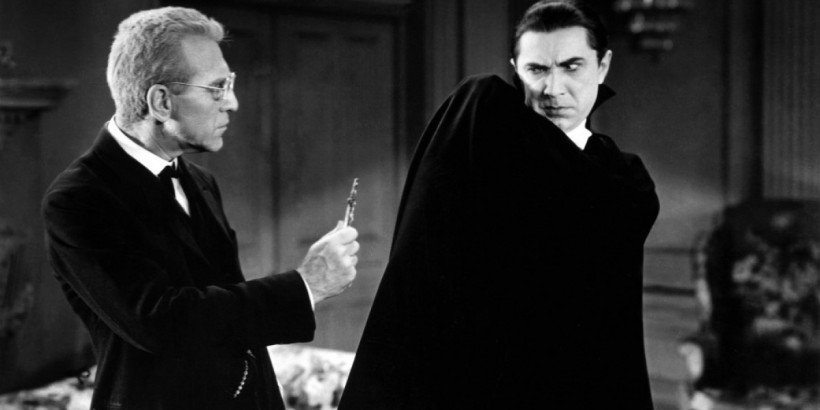 The performances of Bela Lugosi as Dracula and Dwight Frye as Renfield have always been part of what made the film so effective for me, and they loom even larger on the big screen, if you’ll pardon the pun. One of the things that has always stuck with me was Dwight Frye’s portrayal of Renfield. The hair on the back of my neck still stood up as the hatch on the Vesta was opened and I saw Renfield in the hold and heard the bizarre sound he makes to go with his mad facial expressions. I’ve always thought of it as a laugh, but no laugh ever looked or sounded as disturbing as what Frye does in this scene. Indeed, Frye’s performance throughout Dracula is one of the highlights of the film.

Lugosi is  also spot on. There are a couple scenes where his actions or reactions come off as hokey or corny, but for the most part, he does an amazing job. His accent, his phrasing complete with hesitations, and the slow smoothness with which he moves adds an eeriness to the part and the film that is impossible to ignore. 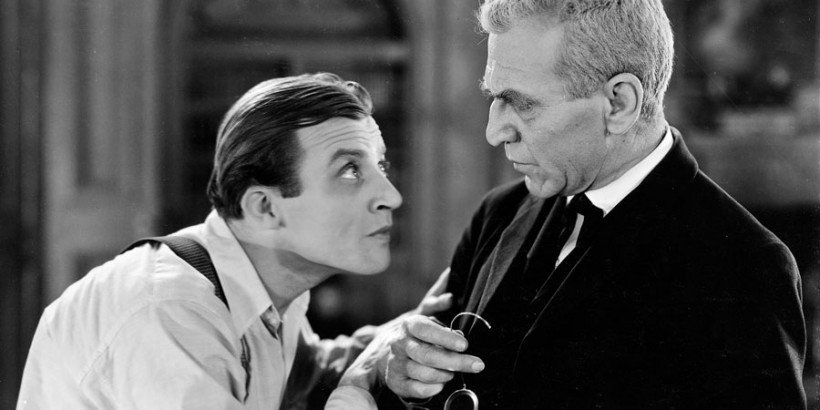 First the cast and crew are different. Here’s a comparison of the personnel for the two versions.

The Spanish version Dracula is directed by George Melford, who surprisingly didn’t speak Spanish. Neither do I, by the way, but luckily, this print was subtitled. Somehow, at least for me, Dracula and Van Helsing were not the same without their European accents. Villarias’s Dracula moved and spoke much more naturally than Lugosi’s, which lessened the mystery and menace of the character. His version of Dracula’s hypnotic stare isn’t near as effective as Lugosi’s.

Pablo Ãlvarez Rubio is  excellent as Renfield, but once again, I may have been spoiled by seeing the English version so many times and by Dwight Frye’s eccentric portrayal. Rubio’s Renfield is  obviously insane but in a more traditional, familiar sense of the word. For me Frye’s version is the benchmark. 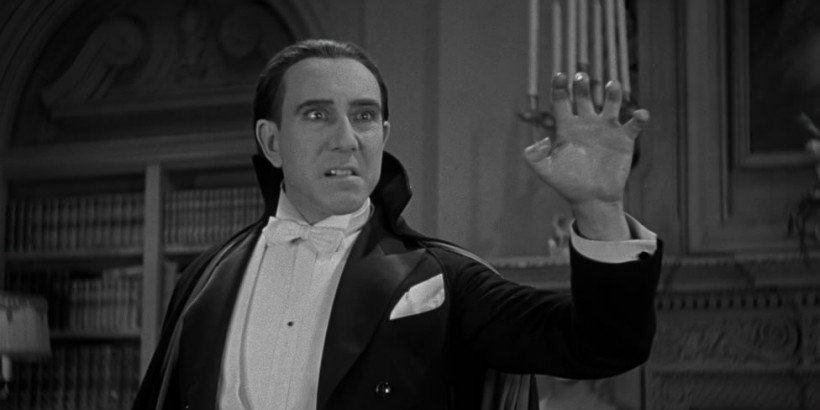 However, I like Lupita Tovar’s Eva better than Helen Chandler’s Mina. Tovar gives  the part a bit more wildness and emotion. The same goes for the Spanish version’s Juan Harker. I prefer Barry Norton’s Harker over that of David Manners in the English version. I can’t put my finger on why, but for me, Manners portrayal of Harker is  off-putting and distracting.

Another key difference between the two versions, even though they were both based on the play by Hamilton Deane and John L. Balderston, is that the Spanish version is about 20 minutes longer. That extra time serves to add more depth to the plot and to flesh out the character of Eva/Mina a little more. There are several gaps in the English version story which are filled in the Spanish version, making it more coherent. 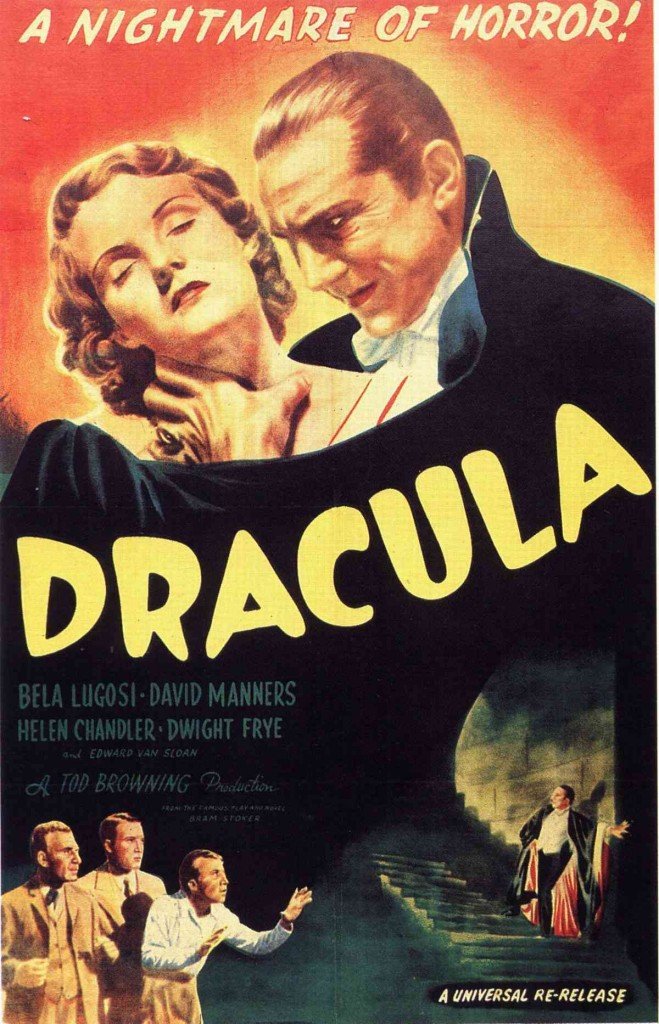 I also learned of a connection between Dracula and the Star Wars universe. The films were introduced by TCM’s Ben Mankiewicz who imparted this piece of trivia about Lupita Tovar, who is still alive and is 105 years old. She married Paul Kohner, the associate producer of the Spanish version of Dracula, in 1932. Chris and Paul Weitz are her grandsons and both are filmmakers. Paul produced American Reunion (2012), The Golden Compass (2007), American Wedding (2003), and American Pie 2 (2001); directed American Pie (1999); produced, wrote, and directed Being Flynn (2012); wrote and directed Cirque du Freak: The Vampire’s Assistant (2009); and co-wrote the screenplay for Antz (1998) with his brother Chris and Todd Alcott. Chris Weitz also produced the American Pie series; wrote the screenplay for The Golden Compass; and directed The Twilight Saga: New Moon. Chris also wrote the screenplay for Rogue One: A Star Wars Story, slated for release in 2016.

Anytime I see IFC Midnight is involved in a release – it immediately has my attention so, when the new trailer and poster for Our House showed up – it […]