Sid Haig’s career in acting began in 1960 when he appeared in legendary cult film director Jack Hill’s student film at UCLA (The Host). That film launched (what is now) a 55 year stretch in which Sid has appeared in memorable films like The Devils Rejects (2005), some that weren’t as memorable like Beware! The Blob (1972), and everything in between. He’s also appeared in way too many television shows to list here, he’s even acted with Lucille Ball in an episode of Here’s Lucy (1969)! In his career, he’s worked with directors like George Lucas (THX 1138), Quentin Tarantino (Kill Bill Vol.2) and Guy Hamilton (Diamonds Are Forever). Although his face is immediately recognizable by most, if not all, genre film fans, he’s probably most recognized for the series of films he acted in with Pam Grier in the 70’s. Films like The Big Doll House (1972), The Big Bird Cage (1972) and Black Mama, White Mama (1973). To state it plain and simply, Sid Haig has seen and done it all! His latest film is called Bone Tomahawk, and it is without question one of the best films of the year. Mr. Haig took a little time to speak with GRUESOME about his role in the film, and how much he enjoyed his time making it.

Gruesome Magazine: I watched Bone Tomahawk a few days ago, and I loved it! Easily one of the best films of the year in my opinion. How did you get involved in it?

Sid Haig: Well actually I was offered the role, which was very flattering. The script was sent to me, and after I read it I thought “My god, this is so intelligently written“. And after I found out who was already on board, I just had to do it. Fortunately, everything worked out and we got it done.

GM: Your use of the word “Intelligently” is very interesting. I had spoken with S. Craig Zahler (Director/Screenwriter of Bone Tomahawk) a few weeks ago, and I mentioned how authentic the film felt, and how stark everything about it was. He replied that he was going for exactly that feel, authentic and stark. Knowing now that you just “Had to do it” after reading the script, what was it about the script that made you feel that way?

SH: It just followed a logical stream of consciousness, thought and action. Everything fell together appropriately, there were no jarring scenes that all of a sudden just come out of nowhere for no real reason. It was just so well thought out.

GM: It does play out in a very logical manner. And it’s surprising as well because while it is a Western for all intent and purposes, the last 30 minutes of it turns into a horror film. I’m assuming you’ve seen the finished film already correct?

SH: Yes, I saw it here at The Egyptian.

GM: And what was your opinion of it? Did it live up to your expectations?

SH: I think it fits together perfectly. I was sitting there watching it and I thought the characters were really strong, they made you care about them. It was a very compelling film to watch.

GM: Mr. Zahler mentioned to me that he was pretty sure that everyone who worked on the film did it for the lowest amount of money that they’d ever made on a film. Would you concur with that?

SH: [Laughing] I would concur with that! But sometimes it’s not about the money. When you get a script like this, you just want to do it. Of course you’d like to get paid, but chasing the almighty dollar isn’t the reason I do what I do.

GM: How long did it take to get your scenes in the can?

GM: Did you hang around afterwards? Was the script that good it made you want to just hang around and watch the film come together?

SH: I wanted to, but it was taking place in different locales, and I never really knew where those locations were gonna be. So I just stayed away, but I knew that everything was going to be all right. I knew that just from the one day I was there, shooting my scenes with David Arquette. 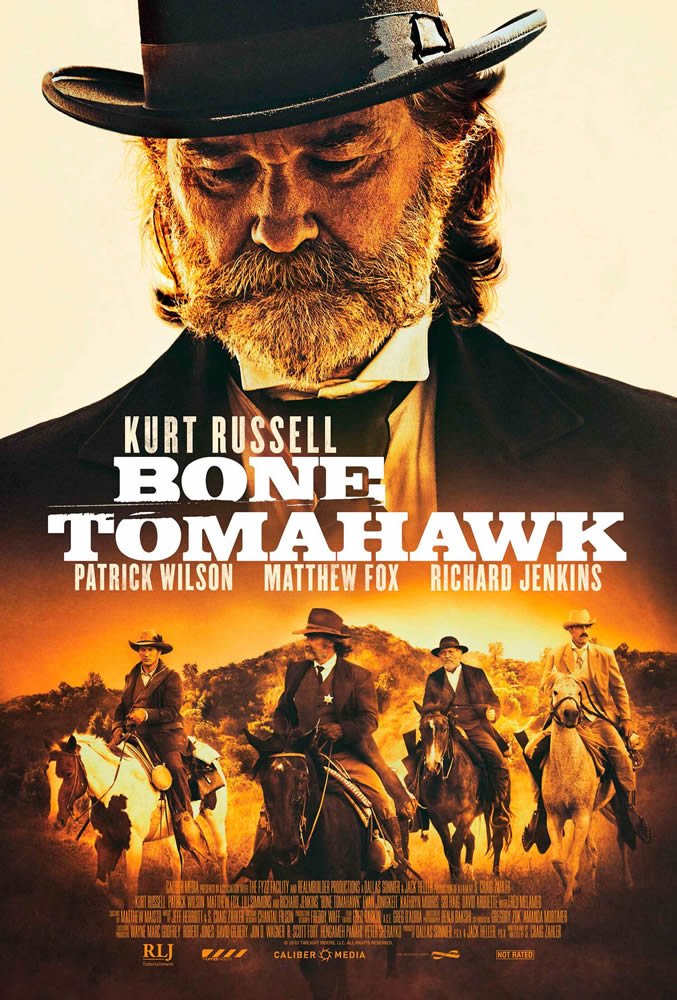 GM: Your career has been so eclectic, with appearances in so many films of all genres. What is it about you, about Sid Haig, that makes people want to put you in their films?

SH: [Laughing] It’s because I wanna work! I love what I do, and it’s apparent to other people.

GM: Are you working on anything right now?

SH: Right now I’m not working on anything specifically. I’ve got a new film currently in post called High On The Hog that’s about a group of people who come together and become a family. they run into some hard times, but fight through it together as a family.

GM: That’s interesting. It doesn’t sound like the kind of film you’re usually associated with.

GM: Do you ever see yourself working with Rob Zombie again? You’ve become something of a fixture in all of his films.

SH: Surely! Especially if he has something in mind for me. I’m fairly sure we’ll end up working on a film again soon.

GM: What are you hoping the response to Bone Tomahawk will be once it’s released? Not necessarily from the critics, but from the audience that goes to see it.

SH: I hope the audience loves it as much as I do.

SH: It was probably the most brutal kill I’ve ever seen. When I saw it, all I could say was “Oh my god…“.

GM: I’m glad you agree with me! It’s just so suddenly violent and visceral, and it comes so unexpectedly. I was stunned by it.

SH: I was stunned as well! And it came out of nowhere, when it was done, my mouth was wide open…

GM: That means something coming from someone like you. You’ve seen (& been part of) a lot of kill scenes in your career, but to have this one come and affect you like that is a real feather in the film’s cap if you ask me.

SH: I have to credit Craig for being able to create that moment. Like you said, I’ve pretty much seen it all in my career – but that one left me slack jawed.

GM: It’s such a great movie, and I’ve read a lot of positive reviews for it. More than a few of them are calling it one of the year’s best films. How does that make you feel, knowing that you’re a part of such a great film?

SH: I’m so proud to hear you say that! I love this film, and there’s nothing about it that I would try to hide in terms of my participation in it. And you know that any actor who tells you that he/she has ever appeared in a film that they want to hide is lying! When it comes to this one I’m proud to be a member of its cast.

GM: OK, now I have to ask: Which one of your films would you try to hide your involvement in?

‘Believe It Or Not’ Bruce Campbell Is Returning To TV

Everyone’s favorite wise ass demon slayer – the one and only Mr. Bruce Campbell – has only been missing from the small screen for about a year, since Starz stuck […]

H.P. Lovecraft Film Festival boasts more than 60 feature-length and short films inspired by the work of that very author for this year’s edition, which marks the 25th anniversary of […]

Kirk vs Pickard. Marvel vs DC. Fast zombie vs slow zombies. Staked to a fire-ant hill vs forced to look at naked pictures of Whoopie Goldberg. These are the choices […]