Scream Queens, what can I say, I hated it and now I kind of love it. It is quirky, goofy, over the top, offensive and hilarious – if you are into this type of humor. For some reason, it works for me. The tone of the show is  Scream-ish on steroids. I mean who doesn’t love a little juice? We know the Dickie Dollar Scholars do. I think I wanted to hate it at first because of Ryan Murphy but he has made it easy for me to direct my rage at his P.O.S. known as American Horror Story: Hotel. You know what’s good about that show? Nothing! Ok back to Scream Queens.

This episode is  filled with much of my boy Chad Radwell. As I’ve stated before, he makes the show for me and this week he certainly did not disappoint. My favorite scene is  when the Dickie Dollar Scholars are  setting up a ladder so they can  break a window to save the girls. The whole premise is  to get to vagina city. Chad says  upstairs windows don’t need to be bomb proof because there are no flying bombs when another brother corrects him a by saying “Yes, they’re called missiles.” Oblivious, Chad asks why would Reds have a missile. This guy is gold! Gold, I tell ya. Unfortunately, our armless Dickie Dollar Scholars friend finally meets his demise due to Reds and a well-placed  axe. Along with all the Chad-isms (that’s what I’m calling them), we have  many more vaginal references ranging from slits to dialing zero on a pink telephone, pet the man in the canoe  and rub the uterus. You get the point. 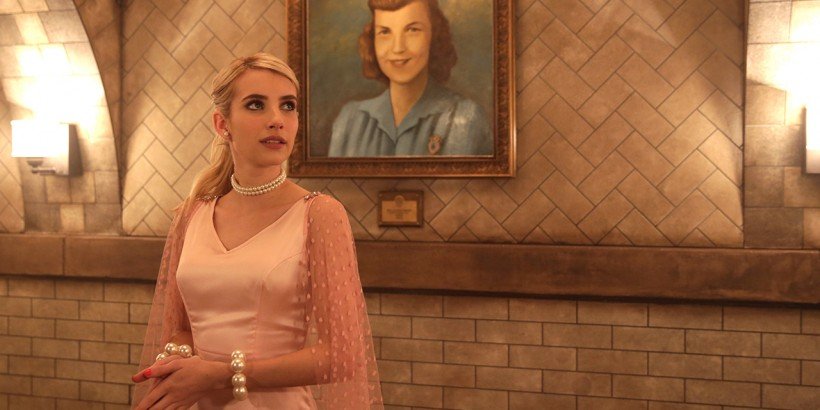 We find, in this episode, there is  a tie for Kappa president. A plan is devised by Chanel to remove the target of Red from her back and put it on Zayday. What we do not  get in this episode is  enough of Wes and his classic horror movie references. We do  get a throwback where  Chanel shares  she is tired of Wes and his 1986 Miami Vice five o’clock shadow. We also  find out why No. 3 wears those  ear muffs: apparently, an ex was infatuated with her ears and threatened to cut them off if he ever sees them again. We also find out No. 3 has conflicting feelings for Sam (the predatory les as Chanel calls her). Chanel thinks the only reason No. 3 likes Sam is because she thinks she knows karate and can protect her. Of course, Murphy has  to throw in a racial stereotype. Why? Because he is edgy (I hope you get my sarcasm by now). Chanel does admit that she thinks Sam is kind of cute in a “if Bruce Lee was a DJ” kind of way.

The main theme of the show is  for Zayday and Grace to get intel by throwing a slumber party. According to Zayday two things happen at slumber parties: lesbian experimentation and secrets being spilled. Of course, both happen. Unfortunately, Sam meets her demise after being forced to spend time in the bathtub but only after she spills that No. 3’s dad is Manson. The big reveal here is  that Sam asked to see Reds’ face before he/she killed her and she states “I knew it!”

Some things we find out during Truth or Dare are that Chad believes that you can’t lie during the game because it’s not called Truth or Dare or Lie, DUH! We also find that Chad feels Dodger was holding Rodger back and Chanel think’s No. 5’s vagina has teeth. Hester makes a psycho play for Chad. She is upset he wasn’t staring at her “shirt raisins.” Chad feels that she is too psycho for him fear he will “wake up with my penis in a jar psycho.” He is conflicted though because she is fun to ride like his favorite amusement park ride Space Mountain  — but in the end he says while that’s fun, he likes his penis more.

At the end of the episode, we perhaps see a change in character for Chanel as she saves Zayday from Reds,  stating she is tired of being hunted and now wants to bring the fight to Reds. She gives all the girls custom made pink nun-chucks which Jen — or Farty McCandlewax as Chanel calls her — thinks are giant chop sticks. 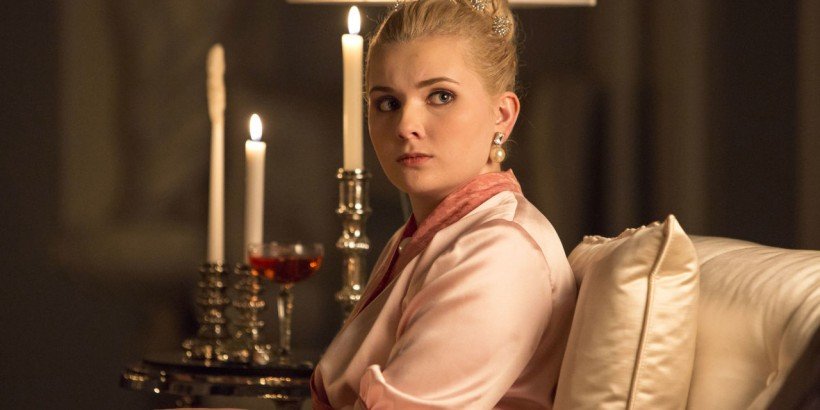 If you are looking for a horror with some comedy, this isn’t for you. If you are looking for an over the top comedy with horror elements, hop aboard Scream Queens,  it is fantastic. Once again, the direction was well done with great camera shots, especially when the girls are  being chased in the underground tunnels. The director is  Michael Uppendahl who has worked on Mad Men, American Horror Story  and The Walking Dead. The writer is    none other than Ryan Murphy. This episode overall is  not the best and, while I was going to score it lower, the insults were funny and, once again, the Rad-one makes  me laugh out loud, frequently causing me to bump  up the final score. 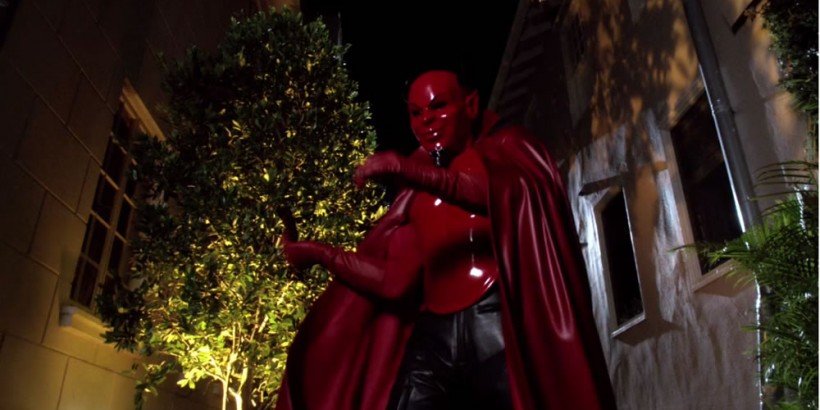 Ash vs Evil Dead  loves to experiment with the reality our characters perceive. It’s something Craig DiGregorio and his team of writers have carried over from Sam Raimi’s style in the original films. With “Delusion” though, it’s a whole different ball game. The context of “Delusion” is one I was honestly dreading when I heard […]

Howdy all you Grue-believers! I’m leaving for Nashville shortly after writing this, so I figured I’d try some southern hospitality on y’all! Speaking of “hospitality”, we all saw last week what the hospitality staff at the Rosarito Beach Hotel was like….let’s just say they were less than caring of guest’s needs. As all of you […]

The Walking Dead  is  never afraid to shock audiences with violence, gore, story twists and –yes– the death  of major characters. We are three episodes deep into season six and we’ve had a slow opening, an excellent second episode (have I told you all how much I love Carol) and now the gut-wrenching third episode. […]