Horror anthologies have been making a bit of a comeback here in the past several years. Though still not an every year tradition in film making, it is good to see they have not went the way of the dinosaur either. So I was excited when I got to view The Horror Network Vol. 1 which features five separate tales of horror from four writers/directors. Eager to see what the new generation of horror filmmakers and writers had to offer, I was set to dig in and feast on the horror!

The Horror Network describes itself as being in the tradition of Creepshow and Tales from the Darkside to name a few. Unlike these films however, The Horror Network doesn’t have any kind of a wraparound or central story that the other tales fit in around and so relies on the strength of each individual tale to hold its own. Each tale also emphasizes a very intrinsic/personal struggle of each main character in a very microcosm way.

Horror anthologies have challenges that come with the type of film they try to be and that are unique in and unto themselves. If not these challenges are not handled properly they can make for a very lackluster affair. The biggest of these challenges are fitting in a compelling story in a very constrained time frame. As a whole The Horror Network is a bit hit and miss in this department. I’ll explain more in a moment. 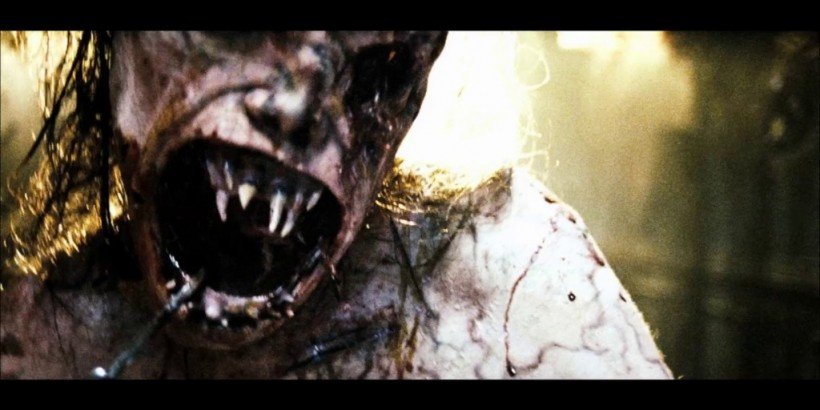 The first story, ‘3 A.M.’ written and directed by Lee Matthews, centers on a woman who is alone at home and begins to receive strange calls in the middle of the night while also experiencing strange phenomenon during the evening as well. This is followed by ‘Edward’, written by Joseph Graham, which centers on the relationship between teen patient Hal (Nick Fragione) and his psychiatrist Dr. Aleksy (Artem Mishin) as they discuss the existence of good and evil and the possibility of entities that compel people to do horrendous things. ‘The Quiet’, also written by Lee Matthews, follows the tragic path of a deaf girl who gets left at a bus stop and then tries to walk home only to be pursued by a supposed killer. Next up is ‘Merry Little Christmas’, written by Manuel Marin, and by far is the most visceral and visually compelling of all the stories, it’s also the only story in the film performed in Spanish. The story focuses on the trauma a little girl named Christina (Macarena GÃ³mez) and her mother suffered when Christina was a child and how in adulthood her and her mother deals with the trauma, while also showing how Christina seems to see these horrors in her mind’s eye. Then, finally, the movie closes out with ‘The Deviant One’, written by Brian Dorton who is also the creator and producer of the Horror Network itself. This short focuses on a man, played by Dorton, who has desires and tastes that are best left behind closed doors or better yet behind bars if possible while covering it up under the guise of being a respected man of the community.

As I mentioned above the biggest challenges with anthologies is fitting in a good story in a short amount of time and The Horror Network Vol. 1 has this same challenge and it is also where some of the stories suffer the most. With some of the tales it was obvious that there wasn’t enough time to flesh out the idea fully. This is best evidenced in the story ‘3 A.M.’. 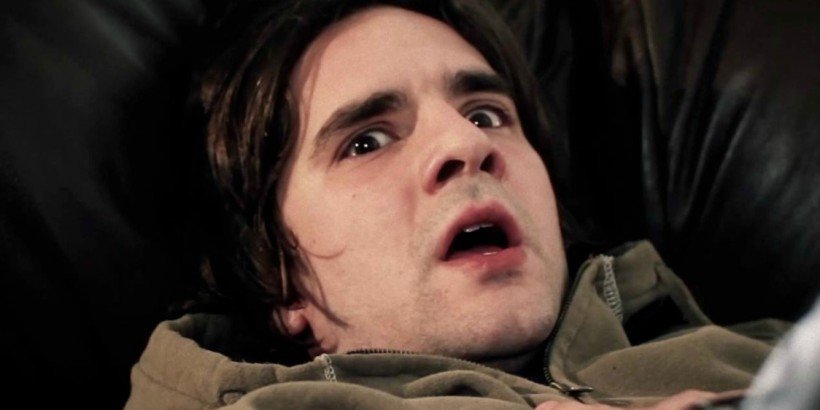 When I first started the film, I actually thought this was going to be the wrap around story, as it turns out it was not and after it was over and the film itself ended I had no idea as to the context of the events happening in ‘3 A.M.’ which was unfortunate as I think the setup for this particular story was solid. But due to the short time frame there just wasn’t enough meat on the bone for me as a viewer to really know what was going on here (or why) other than a woman getting odd phone calls at night and having a home intruder.

The other stories fair a bit better with ‘Merry Little Christmas’ being the crown jewel of the set. While it too does suffer a bit from being a bit too abstract, it is made up for by the great acting and the truly terrifying visuals within it. Also, it looks as if the filmmakers may have used a bit of stop motion effects for the creatures which added even more to the creepiness of the story. ‘Edward’ and ‘The Quite’ story wise are decent and while not great they are serviceable and offer their own uniqueness to the anthology. ‘The Deviant One’ is the one that to me is a complete throwaway and seems to be the laziest of the group, falling back on the attitude of trying to think up disturbing things in the hopes that it will shock and will seem ‘edgy’. In reality it is just boring then on top of it trying to add in a twist which isn’t a twist at all but an old and easy scapegoat that has been done a million times before. It just makes this short utterly bland and tasteless. The one positive is that ‘The Deviant One’ didn’t suffer from the time constraint problem as there wasn’t much of a story to convey to begin with and there wasn’t any spoken dialog to bog it down either. 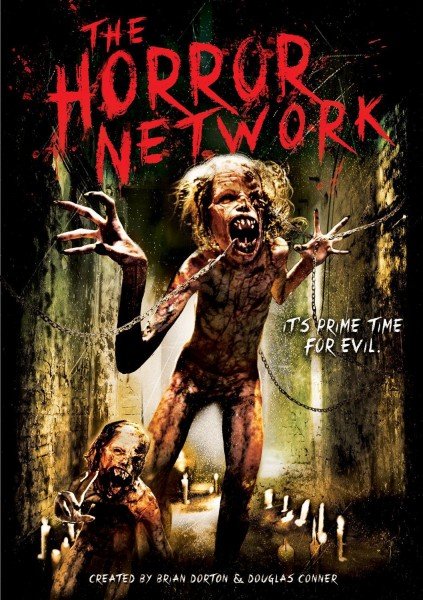 One other thing that needs to be mentioned is the mixing of the sound. Sound effects and music in horror movies are a subtle but big asset in terms of setting the mood and atmosphere of a film. The Horror Network tries to do this but the sounds they add in are mixed…oddly. The sounds when they come out of the TV speakers don’t so much convey terror or fear but almost blow out your eardrums and result in just a lot of white noise and cacophony. Even in ‘The Quiet’ which centers on the lack of sound. I appreciate the attempt just not the results.

Overall, The Horror Network is a decent anthology with mostly solid acting and is dotted with some great and interesting visuals but dragged down somewhat by flaws that can plague all films of this nature. The tale ‘Merry Little Christmas’ however is almost worth the price of admission alone. It truly is what horror should be about. It’s a bit abstract, leaving a bit of the unknown there so the viewer can guess a bit as to what is going on but not being so vague that nothing makes sense at all. What would have helped The Horror Network would for it to actually have a wraparound story of some sort. I know in other anthologies, wraparounds can tend to be the weakest of all the stories, but I think if done right it could have been used to give the other shorts within this film more context into what was going on. While I am happy to have a new entry into the horror anthology sub-genre, ultimately what we are left with is a slightly above average horror anthology film that contains one truly great horror short mixed with several average ones.

Anger of the Dead is a 2015 film written and directed by Francesco Picone that is adapted from his 2013 short film of the same name. Produced by Uwe Boll […]

Despite its comedic sounding title, Landmine Goes Click is anything but funny. Director Levan Bakhia has taken that odd sounding title, and created a genuinely serious and thought provoking thriller […]