Goosebumps  may be a property long past its heyday, but now it has reappeared  thanks to the recurring trend of the time: 1990s nostalgia! In a post  Jurassic World… world, we can expect to see plenty of 90s properties get their revitalized reboots, remakes and delayed sequels to attract a modern  audience. After all, the core demographic of young 20 somethings today spend a chuck of their free time looking up lists like “Top 10 Moments You Missed About Nicktoons” or “Top 15 Gifs That Sum Up the 90s” on Buzzfeed. So it was only a matter of time before  a new film adaptation of the popular series of children’s horror novellas  from author R.L. Stine would come to fruition. Originally published in 1992, the  Goosebumps  books  served as an introductory  anthology horror series for many children, myself included. Each book featured some sort of memorable monster, twist ending and a  tagline warning “Reader Beware, You’re In For a Scare!” So,  for this film adaptation there’s one big question on the brain; is  Goosebumps  aimed at the children of the 1990s who read the books as they initially came through the Scholastic publishing canon or at a new generation of young budding horror fans  looking for scares?

In any case, the scares of this  Goosebumps  film  come from a new meta conceit rather than adapting a single story or being an anthology effort. Our lead is Zach (Dylan Minnette), a young boy who’s just moved into a new town with his mother Gale (Amy Ryan). He quickly becomes smitten with the girl next door Hannah (Odeya Rush), but their budding romance is constantly thwarted by her father and Goosebumps  author  R.L. Stine (Jack Black). One night after a mysterious shouting fit takes place next door, Zach enlists the help of his new friend Champ (Ryan Lee)  to break into their house to investigate. While there, the two boys discover  the original manuscripts for Hannah’s father’s books, locked and bound on a shelf. When they accidentally unlock one of the books, the kids unleash the monsters from the stories who were kept at bay by Stine for all these years. Now, a diverse array of creatures  –including an evil ventriloquist dummy named Slappy, an abominable snowman and a giant praying mantis  – are set loose on the town and it’s up to Stine &  the kids to contain these monstrous threats. 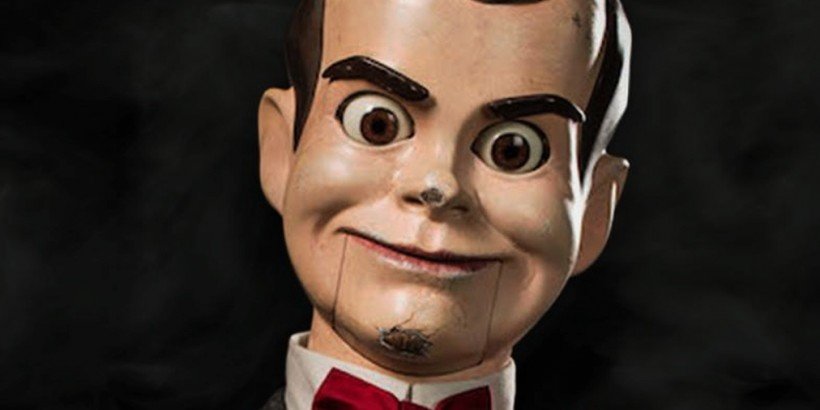 Let me get this out of the way right now; as much as a I do fondly remember  the  Goosebumps  books… they weren’t that scary. Contrary to Champ’s words in the film, they were more playfully dark and humorous than horrifying. With that in mind, this is a successful adaptation of the series, never being too scary for a child audience yet keeping the playful threat of danger alive in a  spooky fashion that recalls Stine’s quirks of  broad juxtaposition and  rather cheesy puns. The production uses a solid combination of practical and (mostly good) CG effects to craft the look of the monsters here, which closely resemble  the  book covers I remember from my youth. This includes creatures as diverse as The Lord High Executioner of  A Night in Terror Tower,  the vampiric Count Nightwing from  Vampire Breath  and  even The Pumpkinhead from  Attack of the Jack O’Lanterns. Part of me did want larger roles for some of my more preferred creatures from the series, mainly The Haunted Mask  or  Egg Monsters from Mars.  Yet, the  presence of the creatures who do bump in the night here will likely give a slight nostalgic comfort for those who loved the Goosebumps  books, but not in a fashion that excessively panders as much as other previous 90s cash grabs like  Jurassic World.

Of course, the most iconic of the monsters here is Slappy from Night of the Living Dummy, the mascot of the entire Goosebumps  franchise who serves as  the ring master  for the monsters to follow, fitting his major motivation in the books of  collecting slaves to do his bidding. He  is probably the most well realized of the creatures  brought to life, with a practical ventriloquist dummy marvelously given personality by both puppeteer Avery L. Jones and the ghoulishly giddy voice from Jack Black that helps sell the themes of loneliness and ignoring the darker sides of yourself. Those  themes are ever present with this interpretation of Stine himself, who is played by Black with his familiar comedic exuberance that consistently gets laughs yet there’s also a haunted vulnerability that grounds him. When Black’s Stine talks about his reasons for creating these Goosebumps  monsters and how it gave him some sort of connection he missed from  the real world, it’s a believable plea of a creative man with the toll of these monsters racking his conscience. This especially comes to light in the relationship he has with his daughter Hannah, which leads to a reveal that older viewers will see coming  yet still sells the turmoil of the Stine character in between jokes about his publishing prowess. 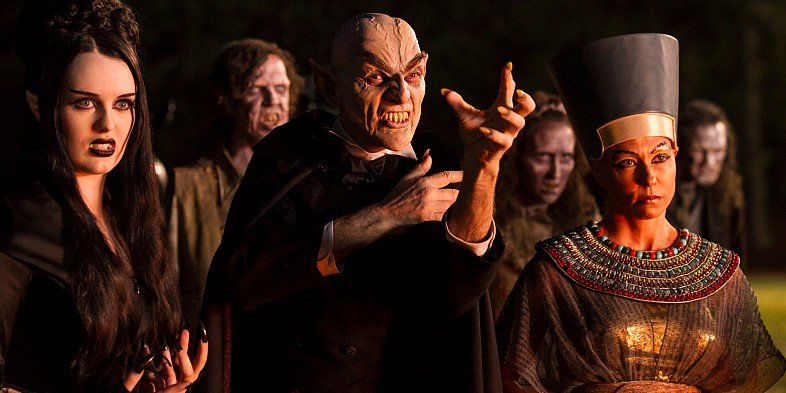 Then again, Hannah and the other kid characters are where  Goosebumps starts to show its ware and tear. Most of the young actors here have a very Disney Channel sitcom style of acting, removing much of any genuine comedic timing that could be  mustered. Plus, most of them seem far too old for the characters written here, seeming more like middle schoolers in terms of their naivete and curiosity. Ryan Lee manages to get more laughs and a consistent arc than either Dylan Minnette or Odeya Rush ultimately do, mostly thanks to a hurried  epilogue that deflates the potential power of their story. Most of the adult actors outside of Jack Black don’t fare as well either, with fine talents like Ken Marino, Jillian Bell and Amy Ryan being given thankless and laugh free roles. Some of the fun is stopped short, particularly with  Veep‘s Timothy Simons as a police office training his new recruit (Amanda Lund) that shows some fine comedic potential before being squandered in favor of bland contrivance. It doesn’t help that most of these characters contribute to the main problem the film having far too much feverishly paced comedic relief, which overcrowds the comedy in a way that gives it far less consistency for the overall running time of  Goosebumps.

Keeping all that in mind,  Goosebumps  still averages out to be an enjoyable romp for a family audience. The monsters are intimidating enough to serve as genuine threats, yet not horrific enough to scare away most younger viewers. Honestly, that younger audience is the clear demographic  Goosebumps  is aiming for, which is perfectly  fitting. I outgrew those books for a reason; they’re really not meant to appeal to someone beyond a 5th grade reading level. As such, it’s only natural to give the older audiences more of an appreciative wink  than direct attention as these creatures introduce spookiness to a new generation of fans. Still, older audiences will likely find fun in Jack Black’s rapid fire delivery, decently engaging character arc and ghoulish interactions with array of  monster characters. Ultimately,  Goosebumps  won’t have  audiences screaming “ERMAHGERD GERSBERMS,” but it’ll likely leave them with a mischievous  smile on their faces. 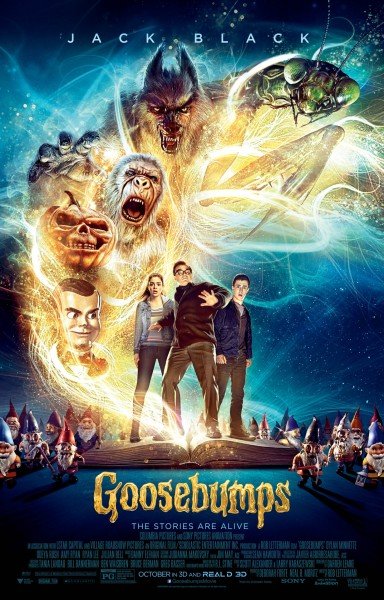 Over the ages, I’ve found that the two surest ways to destroy a friendship are lending friends money, and discussing politics. I’m sad to admit that I’m speaking from experience, […]

Ever since my parents let me sit my 11-year-old butt down in the theatre to watch The Poseidon Adventure, I have been hooked on disaster flicks. I grew up in […]