Big monster type movies like Godzilla or King Kong or ‘insert whatever giant creature here’ type of movie have unmistakably left an impact on the history of cinema. Since the 1950’s when the threat of nuclear war was very real and the mutations it could cause, giant monsters of terror and horror have been a go to theme from Hollywood and film makers. This all brings us to the stop motion creature feature, Queen Crab.

When I heard Queen Crab was stop motion I thought this could be interesting as that type of special effect is almost an extinct breed in today’s films. Ever since I watched Clash of the Titans as a kid and seeing how stop motion effects could be done, I always believed if used correctly they could always have a place in movies. 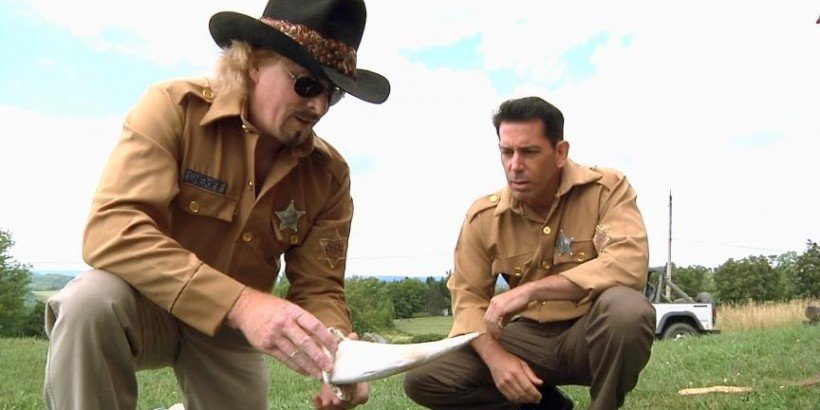 So when watching Queen Crab, I felt I had to look at it as both a film and also how the stop motion worked in the film. I have to say that both are a mixed bag. Queen Crab is your typical low budget creature flick that uses local actors and whatever resources they can scrounge up at their location to get the job done. Limitations like this I can usually forgive and I understand why there are limitations like these. The spotty humor in the film is OK enough to entertain. I think the humor could have worked a bit better if the actors were able to convey it better; but, again, that is the nature of films like these. I won’t get into story too much here…it’s a giant crab that goes ape-shit when her babies get killed. You do the math.

The writer/director Brett Piper does an overall decent job developing  interesting and quirky characters which, in turn, feeds the humor the movie is aiming for. You have a deputy (Rich Lounello) who  apparently thinks everything is cult related and  is also the most unprofessional law enforcement officer ever. You have a cigar smoking hillbilly woman with a shotgun, a grumpy farmer and a other color rural-America characters that show up throughout Queen Crab. 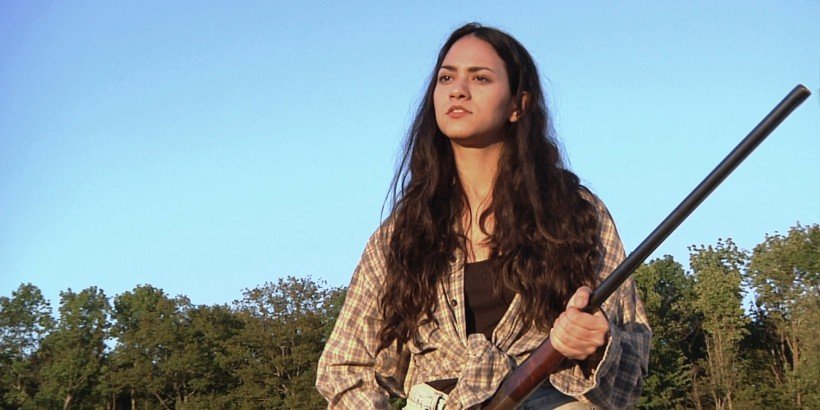 I do want to make special note that Melissa (Michelle Simone Miller), the girl who has befriended the crab since it was baby, is a bit of an odd duck. She doesn’t seem to blink an eye when both her mother and father get blown to high heaven at the beginning of the movie. Yeah, the mom was a bitch, but the girl seemed to like her dad.  After he dies, she doesn’t seem to give a shit. I guess that is what you get from a girl who grows up and dances in the pale moonlight at a lake to get a giant crab to rise up out of the water. Actually, if they had turned this into some kind of Lovecraft crab cult thing…I think it could have worked.

The stop motion effects are…so so. There are times it looks pretty decent but it seems that the film-makers also tried to combine some CG with it… and that seemed only to hurt the stop motion effects and not help them. But, the crab looked pretty spectacular  when it starts tearing a house apart to get to a hillbilly-with-a-shotgun. Overall though it was nothing great but still I want to commend the film makers for going back to some old school effects and trying them out in a film. 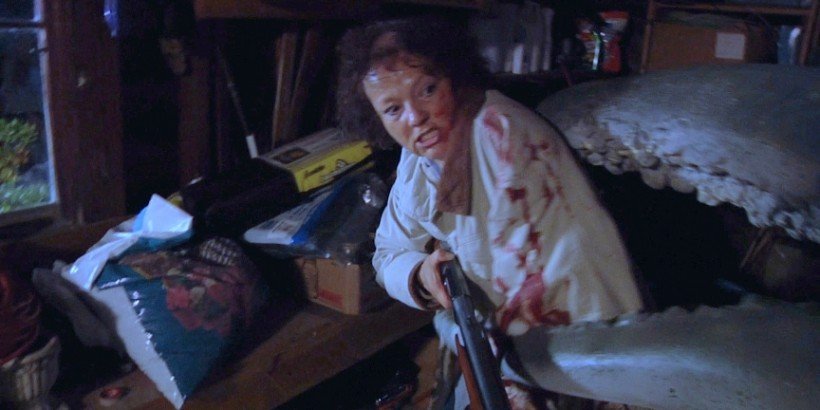 Look, I’m not going to blow smoke up anyone’s crab shack here. Queen Crab is what it is. It is a low budget creature feature with some hit and miss effects, some…interesting…acting and a hillbilly-with-a-tank that works crossword puzzles. It isn’t awful and it is something you can pass the time with. If you know what you are getting into or have an affinity for giant monster b-movies, Queen Crab  is right up your alley. 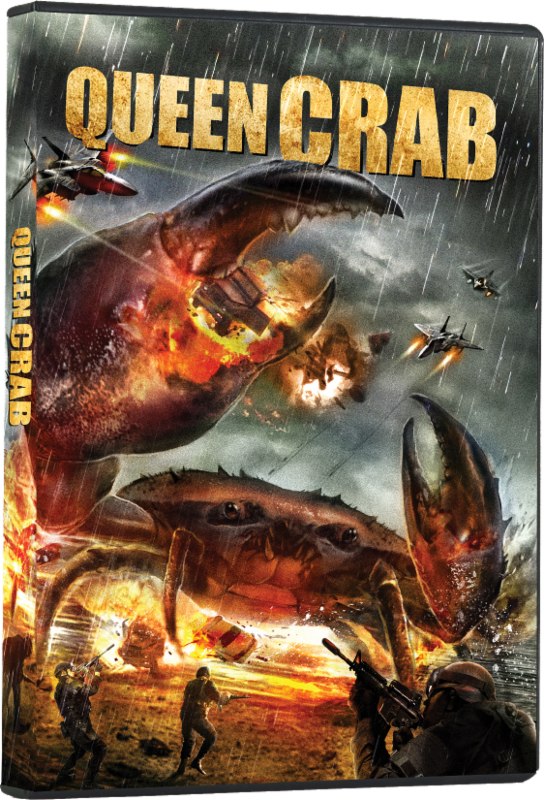 Writer/Director Steven Shainberg is probably best known for his 2002 release Secretary, in which Maggie Gyllenhaal takes a new job as a secretary, only to see her working relationship with […]

First, let’s set aside that old movie fan trope about the novel being better than the book, or vice versa, that gets dusted off every time the “Based on a […]