It may be late September, but the Halloween style monster mashes are already in full swing with the recent release of  Hotel Transylvania 2. The original film was a surprise success upon its release in 2012, bringing together various popular monsters like Dracula, Frankenstein, The Wolfman, The Invisible Man and The Mummy in kinetic animated form… with the voices of Adam Sandler and his compatriots of Happy Madison. Sure, that’s not the most encouraging sign for many. I was skeptical myself, given Sandler’s general declining  quality as a comedic performer and his previous  animated project being the distastefully vile  holiday effort  Eight Crazy Nights… which we should never speak of again. However, the first  Hotel Transylvania  surprised me quite a bit, mostly thanks to the touch of Cartoon Network veteran  Genndy Tartakovsky, who stepped up the entire production’s game to create a solidly funny and heartfelt animated film about accepting others and letting children grow up for themselves… give or take a few unpleasant fart jokes.

Hotel Transylvania 2  initially  picks up  just  after that adventure, with vampire and hotel manager for monsters  Dracula (Sandler) becoming more accepting of humans, given that his daughter Mavis (Selena Gomez) has married her human love interest from the first film Johnny (Andy Samberg). Not too long after the ceremonies, Mavis and Johnny welcome their  son Dennis (Asher Blinkoff) into the world. As his grandchild grows from baby to toddler, Dracula is determined to prove that the rather human looking boy will show more vampiric traits and finally display his fangs. However, with the boy’s  fifth birthday nearing and the possibility of Mavis moving him to the more human appropriate home of California, Dracula calls in the help of all his monster buddies–Frankenstein (Kevin James), Wayne the Werewolf (Steve Buscemi), Griffin the Invisible Man (David Spade) & Murray Mummy (Keegan-Michael Key)–to jolt out Dennis’ fangs to prove he belongs in a world of monsters. 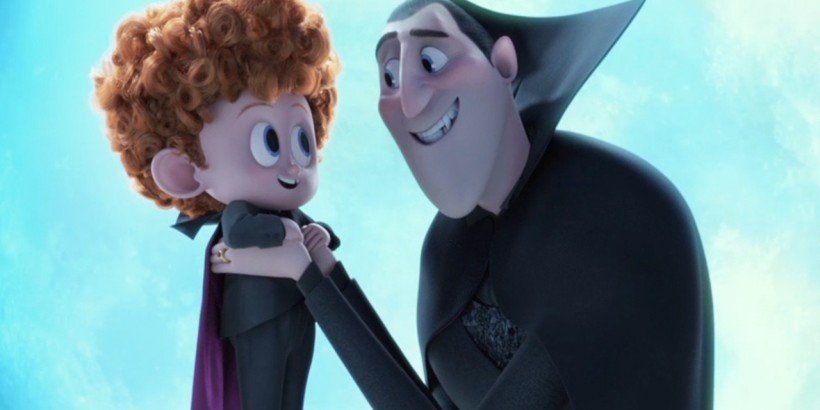 Following up a surprise like the initial  Hotel Transylvania  is always going to set up some inevitable disappointment on some level. The discovery of an actually good Adam Sandler project in this day and age can only come about once in a blue moon and unfortunately  Hotel Transylvania 2  doesn’t quite live up to that expectation. Credited writers Sandler and SNL veteran  Robert Smigel  (who wrote the first film together) do a decent job of progressing the story. It only seems natural that the next step for Dracula would be to directly deal with the implications of his daughter interacting with the human world on a more personal level. Still, the story feels much more like an outline than a fleshed out continuation, giving a premise for gags that are ultimately uneven in terms of execution.  Mind you, this is a major  step up for Adam Sandler in a year where he gave us the double decker disaster combo of  The Cobbler  and  Pixels, in as much as this at least made an effort to display some handle on its story and  give the characters consistency.

Both of those points shine through far more in Genndy Tartokovsky’s style, which gives these characters such a wide range of expressions, allowing for everything from exaggerated faces of terror to small yet impactful smiles of genuine joy. Even when Smigel and Sandler’s writing crams in a joke that’s baseless in character, Genndy’s fast paced action and pronounced sense of timing  keeps the characters consistently active  both in the titular hotel and in the scenes that take place in traditional California suburbs. The  range in style Tartakovsky  showcased during his Cartoon Network days on shows like Dexter’s Laboratory  or  Samurai Jack  can be seen here, with  his undeniable ability to  use  gags enrich the layers of the characters. Probably the best  example of this in Hotel Transylvania 2  is in any of the scenes that display the contrast  between the controlling yet well meaning Dracula and the adorably trusting young Dennis. Both are clearly defined by their body language that differentiates  them  in order to sell the theme of dual worlds fighting over the identity of this young boy while at the same time giving Dracula and Dennis a lovable  paternal bond. It helps that Sandler is still far more committed to this vocal performance than any of his recent live action comedy roles and Asher Blinkoff just can’t help but infuse this child character  with a personality so  delightfully endearing. 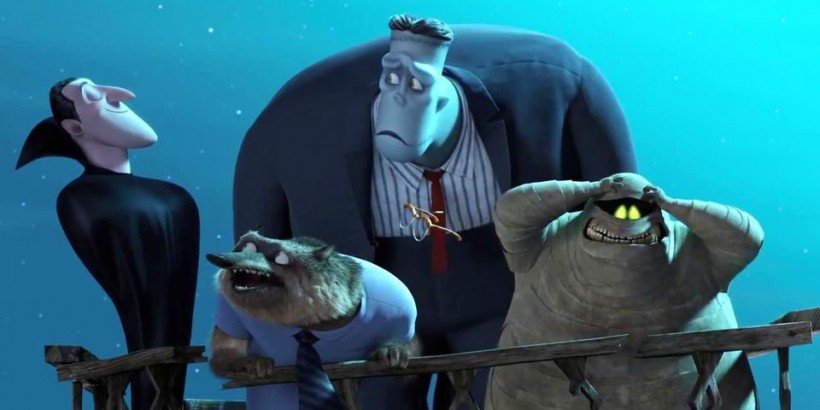 Unfortunately, much of Hotel Transylvania 2  feels far more homogenized by unnecessary story cliches that underutilized certain characters. The main issue is that the third act has to contrive an antagonistic interaction to give the film a big action climax and propel a certain plot point forward. This manages to waste the immense talents of both comedy icon Mel Brooks as Great-Grandpa Vlad and Rob Riggle as his bat monster henchman. They’re both merely there for the sake of a flimsy motivation to  move things forward, which feels contrived and more importantly, grinds the consistent chuckles to a grinding halt.  Even some of the returning characters feel underutilized, particularly  Murray the Mummy–which limits an auspicious talent like Keegan-Michael Key to merely doing a dead on impression of the character’s previous voice actor Cee-Lo Green–and Johnny–who forgoes any of the development he asserted for himself in the first film in favor of being even more of a clueless moron. Speaking of regression, one of the weaker points about the first film was it’s use of elaborate dance sequences to modern pop songs, which is something that Hotel Transylvania 2  doubles down on to rather grating effect. One can only tolerate so much of Fifth Harmony’s “Work It” before being sick of the saxophone riff and the accompanied  excessive gyration of the monsters.

Hotel Transylvania 2  is proof that one can’t contain lightening in a bottle. While I’ll still defend the original as a lighthouse  beacon in a dark forest  of intolerable comedy for Adam Sandler, this follow up  is more of a flashlight that’ll only get a person through the first few trees. It’s a serviceable bit of light faire that at the very least has its heart in the right place, which is more than I can say for something as insultingly moronic as  Pixels.  Hotel Transylvania 2  allows just enough laughs and emotional touches to make it an entertaining  family viewing or even just as a worthy watch for those who consider themselves fans of Genndy Tartokovsky. If nothing else comes from the film’s record breaking September opening weekend, it has officially  given Tartokovsky the clout to make whatever new project he wants after this. This film and his resume show that he’s talented enough a voice in animation  to succeed and move on to other projects he doesn’t need to save from Sandler-style touches.  Now, if Sony Pictures Animation decides to make another one of these without him, all I can advise is this: quit while you’re ahead. 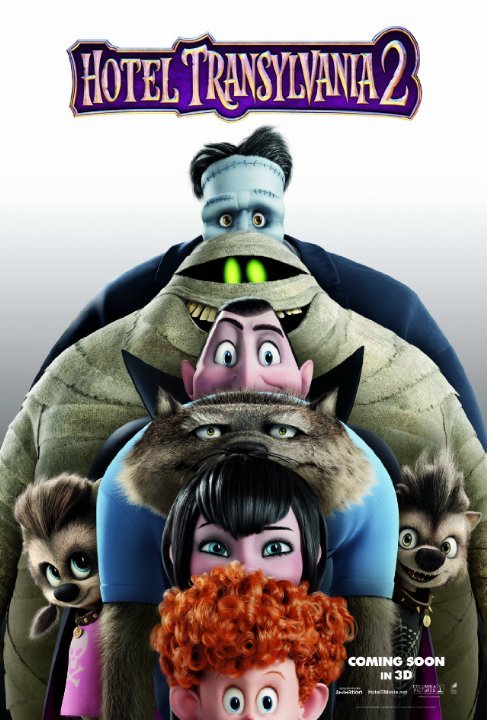 Heading our way on July 2 from SCREEN MEDIA is the Megan Fox feature TILL DEATH (2021). Emma (Fox) awakens to find herself handcuffed to her dead husband with her life in mortal danger. As you can see in the trailer, things get bloody from there! Woot! Check out the shenanigans below and let us […]

Looks like the new one from M. Night Shyamalan is going to be no day at the beach. We got our first look at his new project, hitting theaters this summer – it’s titled OLD and well, the trailer is pretty self-explanatory. Here’s the official line from the studio: “This summer, Shyamalan unveils a chilling, […]