I’ve long been a fan of Marcus Dunstan.   Way back in the Project Greenlight days of ‘Feast’ I knew his was going to be a name that we would mention a lot in the genre and he sure as hell has not disappointed.   Earlier this year the news broke that he and long time writing partner Patrick Melton had been handed the reigns of the ‘Halloween’ franchise in hopes of reeling it in from the damage done with the first remake and it’s (if even possible) even worse sequel.   I said it then and I repeat it now – if anyone can bring this franchise back – it’s Marcus Dunstan.

Well, things have progressed and we now has a story and as Marcus likes to do – he’s talking about it.   Two videos hit the net today and in them we get a surprisingly in depth look at what Mr. Dunstan and company have in store for us.

Marcus discusses the title – Halloween Returns – as well as casting, plot details, etc.   Well worth the 20 minutes or so it takes to listen.   So sit back, relax and take in what the man has to say.

links to interview removed by request

Looking forward to watching this one move ahead in the coming year.   Keep it here as I am all over this one! 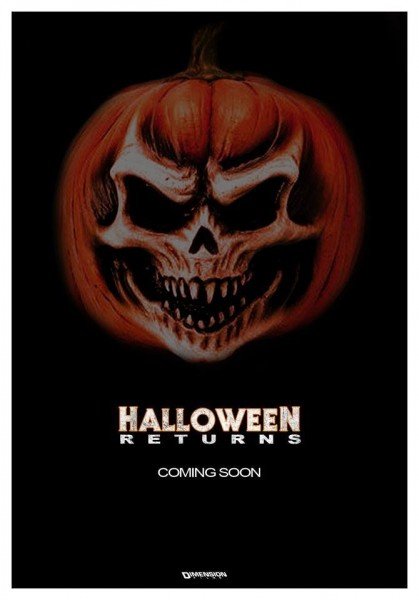 The Trailer For ‘The Dark And The Wicked’ Looks Well, Dark And Wicked

Won’t have to wait too much longer if you are looking to add the latest chapter in the SCREAM world to your stack of movies in your collection. The film […]

Seems that everyone is looking to get into the Halloween season a little early this year – and as you might imagine, that is just fine with us here at […]