Ahead of the UK premiere of TWO HEADS CREEK, a playfully dark cannibal horror comedy, director Jesse O’Brien talks about the joys of cannibal karaoke, tackling immigration issues and filming in a haunted hotel.

How did Jordan Waller’s TWO HEADS CREEK script end up in your hands and did you see it as more a family comedy than a cannibal gore-fest?

Producer Judd Tilyard and I were developing one of my own scripts, Inherit the Earth, which we thought would take a while to finance – and during that process he asked if I’d like to take a look at another script, which was then called Flesh and Blood. I read it with a sense of hesitation. Did I want my second film to be a cannibal horror comedy set in the outback? But from page one, Jordan Waller’s writing really leaped off the page. I knew immediately it was a film with something to say – a hilarious parody of our greedy and violent attitudes towards immigration – but it was also filled with a lot of heart, all about a family finding each other.

Did Waller always want to play Norman, or was that budgetary casting?

Jordan wrote it with himself in mind but when I was presented with the project, I didn’t know him. Our producer Jayne Chard, who was so wonderful to work with, really believed in Jordan. His involvement as a very collaborative writer, as well as his vision for himself as a unique and charming leading man, was really a gift to this film. He and I clicked immediately, and he had a lot of trust in me when it came to interpreting his words.

Waller and Kathryn Wilder (playing Annabelle) are brilliant as the bickering siblings who immediately turn supportive of each other in the face of others criticizing them. Was their chemistry instant?

Casting Annabelle was a challenge, because we didn’t just need to find someone to play Jordan’s sister – we needed a twin sister. So looks were important. We saw a lot of audition tapes. The character is a bit stuffy and conceited, so we needed that, but we also needed her to evolve and be likeable underneath that facade. So finding both was a real challenge. When we presented Kathryn’s audition tape to Jordan, he was delighted, because they happened to have met and hung out before. After they got together and filmed some scenes to show us, we knew their believability as twins was hard to deny. Every time they were on screen together, I would smile because they just got the rhythm and the tone of it all. I couldn’t be happier that we found Kathryn

Was it always the intention to channel the old school Ozploitation gonzo attitude in TWO HEADS CREEK? WAKE IN FRIGHT, TURKEY SHOOT, LONG WEEKEND all come to mind in terms of setting and atmospheres? And the gore feels very early Peter Jackson?

Oh yes. As I said before I couldn’t have enjoyed this if it was pure Ozploitation. But when I knew we had a solid story, the more outlandish elements just became decoration. My creative angle was to lean fully into what makes Australia goofy and silly. To do it more sinister and realistic would have been inauthentic; and Wolf Creek already has that covered. So my brief from the start was to do a 70s throwback. Welcome to Woop Woop was the biggest influence. The absurdity of Australia that it’s always flaunting itself in the background, for better or worse. The immigration themes in this are not the point of the story, but they are an important piece of the puzzle.

Do you expect to provide a new fan base for the pop hits of Australian teen idol Normie Rowe whose fab songs pepper the soundtrack?

I sure hope so. It was a pleasure to bring this soundtrack together. It was my Dad, a walking rock n’ roll encyclopedia, who suggested Normie Rowe’s music, so the connection to Norman’s name was purely coincidental. As integral as Normie is, the real kicker for us was getting the rights to Skyhooks’ Horror Movie. That Cannibal Karaoke sequence was a big reason we were able to convince people to work on the film. It’s where the film becomes itself. Exploding into blood, guts, glamour and absurdity.

You filmed in a Queensland hotel supposedly haunted by ghosts?

We were warned before we arrived that our crew would be haunted, that gear would go missing, that we’d be cursed by the devil. And in preproduction, things had been going wrong…so a small part of me dreaded being cursed. But once we arrived, the whole experience was a joy. The hotel was our safe haven after a hard day’s work. Our producer was serving tequila shots from the bar we’d been filming at. We all bonded and had an amazing time. The only thing haunting us was an onslaught of green tree frogs that refused to leave anybody’s toilets. Day one, I thought I could never sit down on that porcelain with an immovable frog staring up at me. By the end, the frogs were just part of the crew.

How did your background in visual effects help make TWO HEADS CREEK?

I was pretty hands off with the visual effects this time. Empire Post managed our entire postproduction pipeline, and they hired a team of VFX artists to do our 90+ shots. I suppose my knowledge in effects helped me communicate what I wanted to see – and the effects were only there to help strengthen or improve what we captured in camera. There’s a shot where a head flies up towards the camera right after its cut off; that idea only came about because I knew the exact elements we’d need to put it together. But it was other artists who did the hard work and made it shine.

The contrast between the British and the outbackers is stark and funny, was it difficult to get the tonal balance of light and dark right?

Jordan did the heavy lifting with that, because so much of the wit is in the script. I worked with him a little bit to add some more authentic Aussie spice and some extra slang. But I’d say the other important factor though is casting. I made sure we found actors who already understood the tone and could just inherently have a good time with what Jordan had written. It’s incredibly important to not settle when casting, and to cast for the right reasons. It was great to work with actors who understood the tone and were part of the gang.

Why has Australia so lagged behind in the contemporary genre stakes, considering they led the field back in the 1970s/80s? Are you trying to give Ozploitation a higher international profile with TWO HEADS CREEK?

I didn’t have a mission to bring Ozploitation to the world, it was just a choice that grew organically out of this material. The style was the perfect fit for the lunacy Jordan wrote. I think the real glue that gave me confidence here was the music. Too much violence can put some viewers off, so one response could have been to tone it down. But I went the other way with it – really leaning into it – because when people are singing, dancing and laughing, I think you can get away with the gorier moments. In truth, if people don’t love the film overall but they walk away appreciating that Cannibal Karaoke sequence, I’ll be satisfied!

Finally, what’s next for you?

I’m planning a few things. Next on the slate should be Holy Water, a gothic horror that I wrote, which is set in 17th century Scotland. We have some great cast attached and we’re hoping to shoot once current restrictions allow. It’s deadly serious in tone and not at all like Two Heads Creek. But my own scripts tend be more serious, like my first film Arrowhead (Alien Arrival) was. Judd and I would still love to get my other project off the ground, Inherit the Earth. That’s basically Lord of the Flies with hellish lava monsters. Everything I do starts with strong images because I don’t want to settle for realism or everyday life…I want to be taken somewhere else when I’m on set, because if I’m excited about going inside the world of the movie, then maybe the audience will be too. 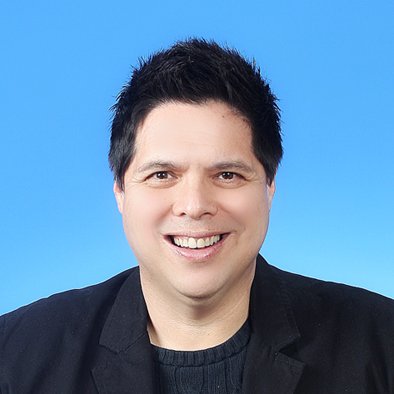 Joseph Perry fell in love with horror films as a preschooler when he first saw the Gill-Man swim across the TV screen in "The Creature from The Black Lagoon" and Mothra battle Godzilla in "Godzilla Vs. The Thing.” His education in fright fare continued with TV series such as "The Twilight Zone" and "Outer Limits," along with legendary northern California horror host Bob Wilkins’ "Creature Features." His love for silver age and golden age comic books, including horror titles from Gold Key, Dell, and Marvel started around age 5.

He is a contributing writer for the "Phantom of the Movies VideoScope" and “Drive-In Asylum” print magazines and the websites Horror Fuel, Diabolique Magazine, The Scariest Things, B&S About Movies, and When It Was Cool. He is a co-host of the "Uphill Both Ways" pop culture nostalgia podcast and also writes for its website. Joseph occasionally proudly co-writes articles with his son Cohen Perry, who is a film critic in his own right.

A former northern Californian and Oregonian, Joseph has been teaching, writing, and living in South Korea since 2008.

Joseph Perry
Joseph Perry fell in love with horror films as a preschooler when he first saw the Gill-Man swim across the TV screen in "The Creature from The Black Lagoon" and Mothra battle Godzilla in "Godzilla Vs. The Thing.” His education in fright fare continued with TV series such as "The Twilight Zone" and "Outer Limits," along with legendary northern California horror host Bob Wilkins’ "Creature Features." His love for silver age and golden age comic books, including horror titles from Gold Key, Dell, and Marvel started around age 5. He is a contributing writer for the "Phantom of the Movies VideoScope" and “Drive-In Asylum” print magazines and the websites Horror Fuel, Diabolique Magazine, The Scariest Things, B&S About Movies, and When It Was Cool. He is a co-host of the "Uphill Both Ways" pop culture nostalgia podcast and also writes for its website. Joseph occasionally proudly co-writes articles with his son Cohen Perry, who is a film critic in his own right. A former northern Californian and Oregonian, Joseph has been teaching, writing, and living in South Korea since 2008.

‘Leatherface’ Coming To Your Town In Time For The Holiday

MTV housed the old SCREAM TV Series – it did OK, I guess but it was missing two important features – the iconic mask from the film franchise and the […]