What is sure to go down as one of the haunt seasons best releases – Scream Factory has finally let loose with exactly what will be included on this much-anticipated Collector’s Edition Blu-ray of Trick r’Treat.

As expected, the news was worth waiting for – behold!

If for some reason you don’t know what this classic Halloween based horror classic is about:

“A creepy, darkly comic celebration of the scariest night of the year from writer-director Michael Dougherty (Krampus, Godzilla: King of The Monsters), Trick ‘r Treat stars Dylan Baker (Homeland, The Americans), Rochelle Aytes (Designated Survivor, Mistresses) with Anna Paquin (X-Men, True Blood) and Brian Cox (Succession, X2). The film takes the Creepshow and Tales from the Crypt approach to nefarious new depths with four interwoven tales set on Halloween night. A high school principal (Dylan Baker) moonlights as a vicious serial killer; the quest of a young virgin (Anna Paquin) for that special someone takes a gruesome turn; a group of teens carries out a cruel prank with disastrous consequences; and a cantankerous old man (Brian Cox) battles a mischievous trick-or-treating demon.”

I doubt anyone would argue with me calling this one a modern classic and it’s going to be great to own this definitive Scream Factory edition. 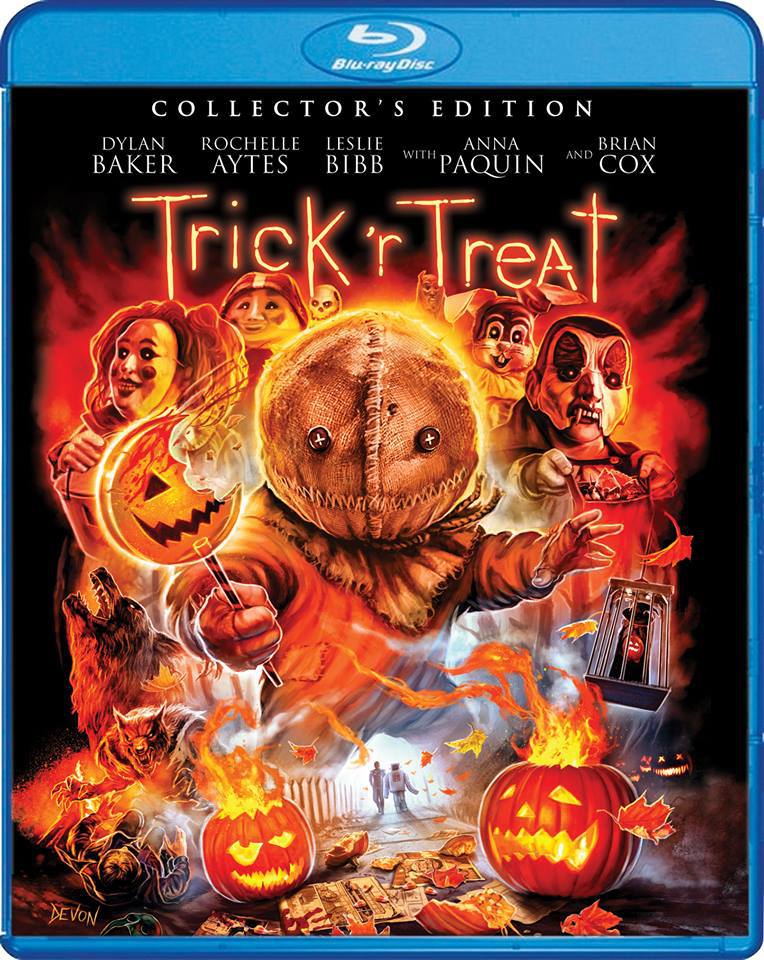 Gore Splattered Trailer Marks The Debut Of ‘Game Of Death’

One of the many projects getting some buzz down at the SXSW Festival is a little something called Game Of Death.   What’s causing all the fuss is a bloody […]

Looks like the new one from M. Night Shyamalan is going to be no day at the beach. We got our first look at his new project, hitting theaters this […]

Netflix Bids Us Welcome To ‘The Haunting Of Hill House’

This one has been high on my (and I think the rest of the Gruesome Magazine crews) “can’t wait to see it” list. Netflix and Mike Flanigan teaming up yet […]