This is one I’ve been waiting for – for literally years and tonight the first trailer just kind of shows up – and well – what can I say?   That is one big ass shark.

Talkng about ‘The Meg’ the long anticipated Jurrasic shark flick based on the amazing novel by Steve Alten – it’s a shark lover’s dream.   You ready for your first peek?

“Jason Statham (“Spy,” “Furious 7,” “The Expendables” films) and award-winning Chinese actress Li Bingbing (“Transformers: Age of Extinction,” “Forbidden Kingdom,” “The Message”) star in the science fiction action thriller “The Meg,” directed by Jon Turteltaub (the “National Treasure” movies, “Last Vegas”). In the film, a deep-sea submersible–part of an international undersea observation program–has been attacked by a massive creature, previously thought to be extinct, and now lies disabled at the bottom of the deepest trench in the Pacific…with its crew trapped inside. With time running out, expert deep sea rescue diver Jonas Taylor (Jason Statham) is recruited by a visionary Chinese oceanographer (Winston Chao), against the wishes of his daughter Suyin (Li Bingbing), to save the crew–and the ocean itself–from this unstoppable threat: a pre-historic 75-foot-long shark known as the Megalodon. What no one could have imagined is that, years before, Taylor had encountered this same terrifying creature. Now, teamed with Suyin, he must confront his fears and risk his own life to save everyone trapped below…bringing him face to face once more with the greatest and largest predator of all time. Rounding out the international main cast of “The Meg” are Rainn Wilson (TV’s “The Office,” “Super”), Ruby Rose (“xXx: Return of Xander Cage,” TV’s “Orange is the New Black”), Winston Chao (“Skiptrace,” “Kabali”), Page Kennedy (TV’s “Rush Hour”), Jessica McNamee (“The Vow,” TV’s “Sirens”), Ã“lafur Darri Ã“lafsson (“The BFG,” TV’s “The Missing”), Robert Taylor (“Focus,” TV’s “Longmire”), New Zealander Cliff Curtis (“The Dark Horse,” “Risen,” TV’s “Fear the Walking Dead”), Sophia Shuya Cai (“Somewhere Only We Know”), and Masi Oka (TV’s “Hawaii Five-0,” “Heroes”). Turteltaub directed the film from a screenplay by Dean Georgaris and Jon Hoeber & Erich Hoeber, based on the New York Times best-selling novel by Steve Alten. Lorenzo di Bonaventura (the “Transformers” films), Belle Avery (“Before the Devil Knows You’re Dead”) and Colin Wilson (“Suicide Squad,” “Avatar”) produced the film, with Gerald R. Molen, Randy Greenberg, Wayne Wei Jiang, and Barrie Osborne serving as executive producers. Turteltaub’s behind-the-scenes team included Oscar-nominated director of photography Tom Stern (“Changeling,” “Sully,” “American Sniper,” “The Hunger Games”), Oscar-winning production designer Grant Major (“The Lord of the Rings: The Return of the King,” “X-Men- Apocalypse”), editor Steven Kemper (“Salt,” “Mission: Impossible II,” “Face/Off”) and costume designer Amanda Neale (“Truth,” “Pete’s Dragon,” “What We Do in the Shadows”). Filming on “The Meg” was accomplished on location in China and New Zealand. “The Meg” is a presentation of Warner Bros. Pictures and Gravity Pictures. It is production of di Bonaventura Pictures, Apelles Entertainment, Maeday Productions, Inc., and Flagship Entertainment, in association with Beijing Digital Impression (BDI) Film, Inc. “The Meg” will be distributed in China by Gravity Pictures, and throughout the rest of the world by Warner Bros. Pictures, a Warner Entertainment Company. It is slated for release on August 10, 2018.”

Bring on that bad ass shark I say! 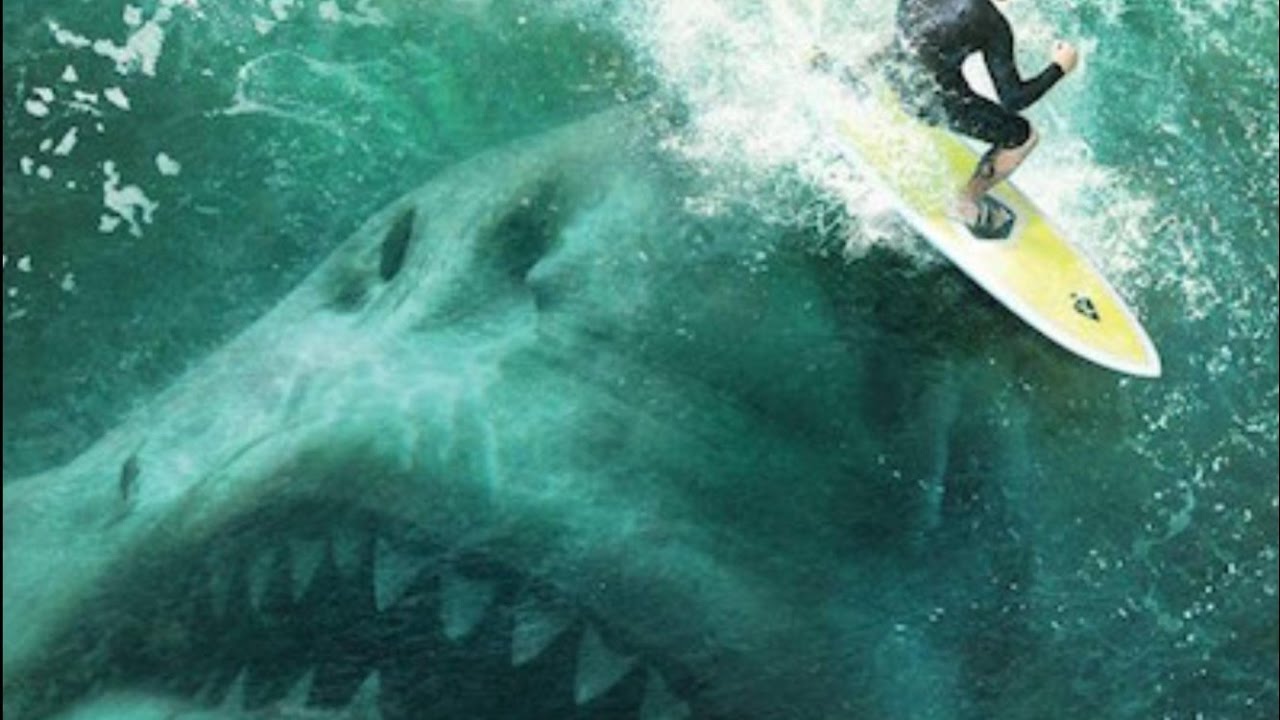 With a release date of Nov. 8th – Warner Brothers just release their final trailer for Mike Flanagan’s cinematic interpretation of Stephen King’s Doctor Sleep and according to the tag […]

Scream Factory Unveils An Impressive Slate Of Releases At SDCC