Growing up there was only one magazine that mattered – only one magazine that was worthy of the often days long adventure of trying to find it on the newstand – it was only carried by two stores in our somewhat rural location – a comic book store that was in the downtown area of our local “big city” which at roughly 15 miles away was outside the perimeter allowed by my parents for a bike ride – and at a Walden’s Book Store that was in the mall – and they literally got like three copies and – they went fast.

Such was the plight of the Fangoria fan back in the late 70’s and early 80’s.   You have to remember – there was no internet back then, no Facebook.   Fangoria was the lifeline to what was going on in the genre and it was awesome!

The saga of Fango in the more recent years is well documented and is as sad as it is disturbing and the purpose of this article is not to whip that dead horse – in fact, just the opposite.   It’s to celebrate the fact that those dark days are over.

In a surprise announcement, it was revealed that one-time owner Tom DeFeo is gone and Cinestate has purchased the legendary print franchise gaining not only the rights to the name but all the content the Fangoria produced over 39 years and over 300 issues of the magazine.   Cinestate CEO Dallas Sonnier made the announcement on Thursday where he also announced   Phil Nobile Jr. of the website birth.movies.death was brought on board as Editor in Chief.   Noble Jr. released the following statement: “The magazine was a constant presence in the genre since 1979 – and then one day it was gone. That felt, to us, tragically incorrect. Fango was, for multiple generations, a privileged window into the world of horror. It gave us access to filmmakers’ processes and secrets, opened our eyes to movies we might have otherwise missed, and nurtured a wave of talent that’s out there driving the genre today. I’m proud and excited to be part of the team that’s bringing this institution back.”

The announcement brings an extra large smile to us here at Gruesome Magazine and Horror News Radio as our own Santos Ellin Jr. who we lost unexpectedly last year was a contributor to Fangoria and would have loved the fact that this news broke this week.
The magazine will return as a quarterly print magazine with hopes of film and podcast content soon to follow.   You can head on over to Fangoria.com for the latest.   They have already posted up announcements concerning those that paid for subscriptions that were never received during those rough years as well as announcements that Fango faves Tony Timpone and Michael Gingold will be returning to the ranks of the magazine.

Exciting times for fans of the genre and fans of a truly classic publication. 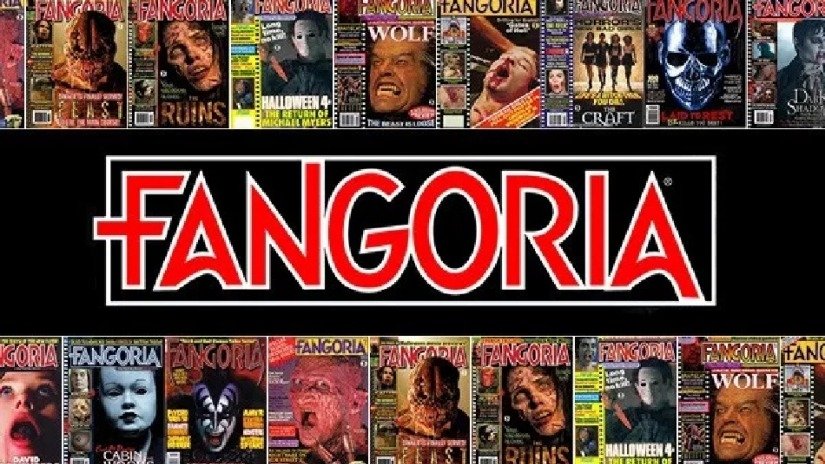 Deep within the bowels of Gruesome Magazine headquarters, an elusive ghostly creature lurks. The Grue Crew can’t put their finger on what it is. Some say it’s a Batman style […]

“Helga, She Wolf of Stilberg” (1978): At Least the Poster is Interesting

There are some film genres that are simply best enjoyed by viewing their trailers and not the movies themselves. “Nazisploitation” is one such genre, at least for me. There are […]