2017 has had a bumper crop of kick-ass horror – actually found it impossible to carve my favorites down to ten choices – you’re getting eleven from me and you’re just going to have to deal with it.   Actually, I could have easily gone Top Fifteen but, I didn’t want to push it so –   without further fanfare – behold my Top Ten (actually Eleven)   of 2017

It was an exceptional year for Stephen King adaptations – as you shall discover as we work our way through this list.   1922 was a latecomer to the party – one of two Netflix offerings and a brooding, scary, interesting surprise.   Thomas Jane is exceptional and for the most part unrecognizable in this tale of family, love, and madness.   If for some reason you have not yet sat down and soaked in this truly original offering – may I please strongly suggest you do so sooner than later.

This one technically has been hanging around since late 2016 but it didn’t officially see the light of day till 2017 so – it gets included on my list.   From indie giant Patrick Rea, who over the course of the last few years has been the source of some of the indie scenes best work, comes this “campers stuck in the woods with a twist” tale.   Starring Fiona Dourif and Jake Busey, we are treated to an exceptional tale of supernatural shenanigans.   This one doesn’t reinvent the wheel, it just takes a time-tested formula and looks at it a bit differently.   It’s on Hulu – find it and enjoy!

Another indie entry – this one from director Mike Mendez – Don’t Kill It might just be the most fun I had with a horror film this year.   Dolph Lundgren and Kristina Klebe team up to hunt down a demon who passes from person to person when you attempt to kill it – hence the title.   Sporting one of the most violently awesome openings in recent memory and great performances by Lundgren and Klebe – this one is just way too much fun to miss.   Dolph quips one-liners, blood flows, things explode – what the hell more could you ask for.   Don’t Kill It but Do See It! 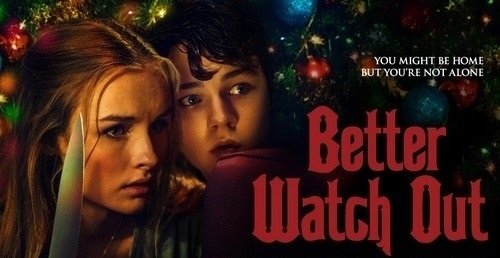 This entry into the holiday-themed film scene came at us via the Shudder streaming service.   Again – debuting late in the year, not sure how any of you have had a chance to seek this one out yet but trust me – you want to see this one.   Talk about a film that plays with the tropes of the genre – Better Watch Out ends up being nothing that it appears to be and while comparisons to a F’d up Home Alone are accurate, it in no way properly conveys what they manage to achieve with this film.   Bloody, darkly hilarious and disturbing beyond explanation – it’s worth the price of a Shudder subscription just to add it to your “seen it” list. 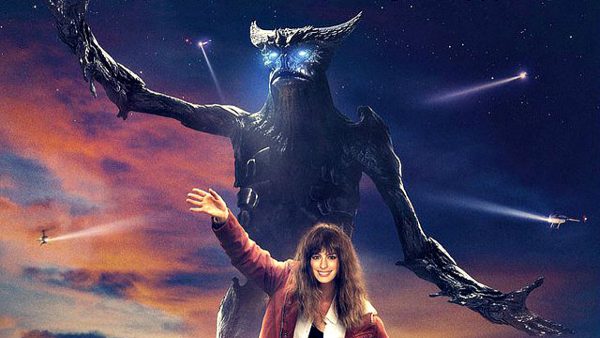 You may have noticed a pattern of odd, quirky, offbeat takes on the genre in my top ten – Colossal is yet another that defies easy explanation and the horror doesn’t stem so much from the creature but instead from the human reactions to the things happening from our main characters.   An interesting and in my opinion, a gutsy choice for A-list actress Anne Hathaway – her portrayal of the broken and conflicted Gloria is one of the years best performances..period.   But, the biggest surprise comes from Jason Sudeikis whose character arc takes a dark twist at about the halfway point and makes for some of the years best genre viewing.   Yeah – it’s a kaiju flick but at the end of it all if that’s all you take away from this one – you’re missing the point. 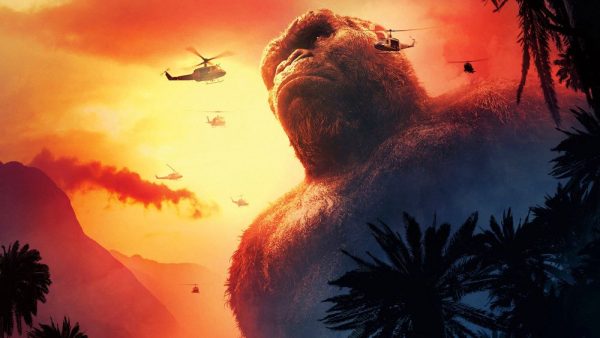 For my money – the only remake of a classic horror film worth a damn.   KONG is big, KONG is bad ass and KONG is King.   Taking a different route than other retellings of “t’was beauty that killed the beast” this version of KONG comes at us as an introduction to a series of films that Waner Bros. and Legendary Pictures will be sending our way.   Effectively tying the KONG universe to the Godzilla universe, Skull Island is an over the top action adventure horror flick that manages to deliver on all its promises.   While I don’t feel all the performances are stellar I honestly felt that the character played by John C. Reilly shined above all others.   At the end of the day, I found this Saturday afternoon popcorn flick a fun ride that holds up well over repeated viewings.   If you’re going to remake a classic – this is the way you should do it. 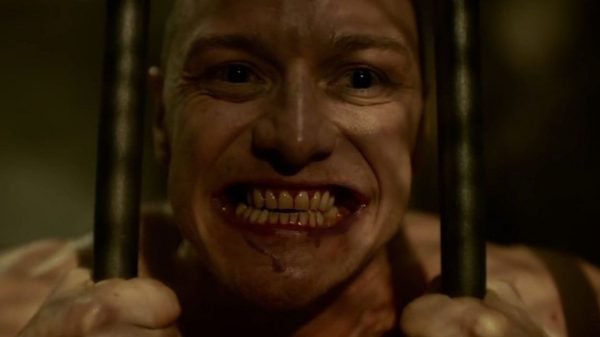 I was never that big of a fan of Unbreakable so the surprise ending of this one actually held very little weight for me – what did hold weight was the Oscar-caliber performance by James McAvoy.   Playing a man whose body houses 24 different personalities he is amazingly terrifying with his docile, more friendly personalities somehow being more disturbing than the more violent ones.   M. Night Shyamalan easily reminds us of the genius that still lurks within his mind and masterfully takes us on a journey that is as terrifying as it is mesmerizing. 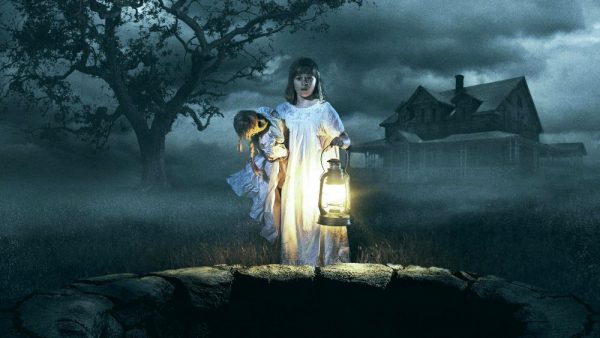 The fourth installment in the amazingly popular Conjuring franchise – and a prequel to the hit Annabelle – this film has surprised all with its well-deserved scares and overall creepy tone.   Director David F. Sandberg really comes into his own and crafts a truly menacing film that has you on the edge of your seat from the first frame.   James Wan has crafted a modern day horror franchise that could continue to frighten us for years to come and by bringing on talent like David F. Sandberg – he solidifies Annabelle’s place in horror history.

Drawing comparisons to classics like The Thing can be the death nail for horror films – the reputation that must be lived up to when those types of comparisons start getting tossed about can be daunting, to say the least.   Luckily, The Void had no problem looking that comparison straight in the face and saying, F you!   Again featuring a time-tested formula – a bunch of strangers holed up in a location while something strange and bizarre goes on around them – this time its a hospital and a group of cult-like folks have trapped a cop and some innocent bystanders in what just might be the location of the door way to hell.   Creatures appear, blood flows, body parts get ripped apart.   It’s a gorehounds feast and it’s so well done.   The film is actually so crazy that at times – I couldn’t tell you exactly what the hell was going on but at the end of the day – the insanity pays off.

Such a simple premise and such horrors that come from it.   The book by Stephen King has long been one of my favorites but I have always been hard pressed to see it as one of his projects that would make a good film. Dude – was I ever wrong.   This film is a perfect storm of great story mixed with amazing performances, coupled with top-notch direction – courtesy of one Mr. Mike Flanagan.   Lets focus on those performance I just mentioned though.   Carla Gugino and Bruce Greenwood are nothing short of amazing here – Emmy nomination amazing, Emmy winning amazing.   Throw in one of the best FX gags in recent memory (you’ll know it when you see it) and you’ve got all the makings of that perfect storm I was talking about.   This is sitting at number two on my list but it easily could be holding the top spot – it’s that damn good. 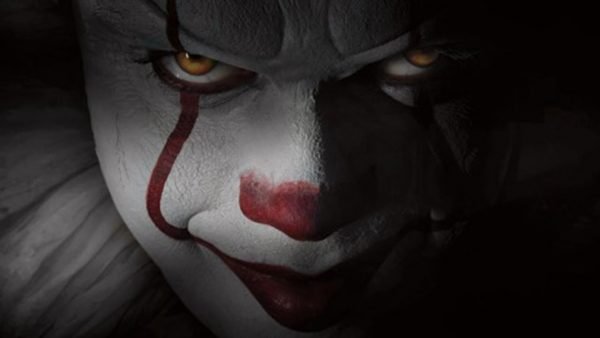 Easily the horror event film of the year.   IT packed a wallop at the box office and reinvented an iconic character for a new generation.   Stephen Kings all out evil creation – Pennywise the clown takes on a new visual form via the talents of Bill Skarsgard.   All horror fans could talk about is how the shoes filled by Tim Curry in the original mini-series would be damn near impossible to step into.   Those fears got dashed pretty damn quickly.   Holding truer to King’s original source material and focusing only on the children’s end of the story for this film – director AndrÃ©s Muschietti crafted a truly original take on material that is incredibly well known and beloved.   The film promises great things to come and I for one can not wait for the next chapter of IT and to see Pennywise dance yet again.

Netflix Revisits One Of Their Horror Hits With A Debut Trailer For ‘The Babysitter: Killer Queen’

Netflix has pumped out some amazing horror over the last few years but none much better then their 2017 Samara Weaving vehicle, The Babysitter. It was a pretty great little […]

The zombie comedy is a divine thing if done properly – Shaun Of The Dead being the perfect example – well, word on the street is that the film we […]