It is that time of year once again, the time when we reflect back on the films we watched over the past 12 months and choose the top champions and stinkers of the year. 2017 was a tumultuous  year in many ways, one that has been relentlessly unforgiving in our hearts. However, in terms of horror films, it was a pretty strong year with many theatrical hits, streaming sensations, and independent masterpieces. In fact, it was such a good year for film that determining a “worst of” list was extraordinarily difficult. There are plenty of mediocre films for certain but hardly so bad they belong on such a list. And, fortunately for me, I suppose, I was able to avoid many of the turkeys this season. After some heated deliberation  and scrutiny, what follows is my list of the Worst Horror Films of 2017 – as heard on the recent episode of Horror News Radio. 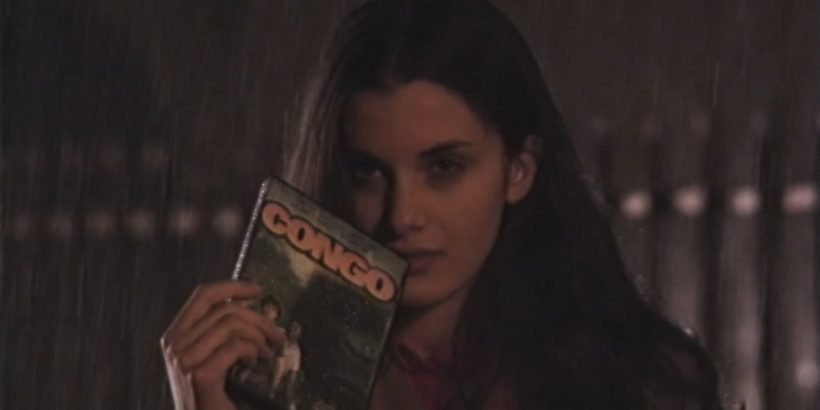 I almost hate putting She’s Allergic to Cats on the list. For what it is, a highly experimental film in both visuals and narrative, the film succeeds in what it sets out to accomplish. The problem is that I found that experience to be excruciatingly dull. I caught the film at the 2017 GenreBlast Film Festival and the film, at the festival, had many supporters. This is a case of the film just not being for me – in any shape or form. When this becomes available, check it out and see if you agree or if there’s a brilliance in the film that was simply and unequivocally lost on me. 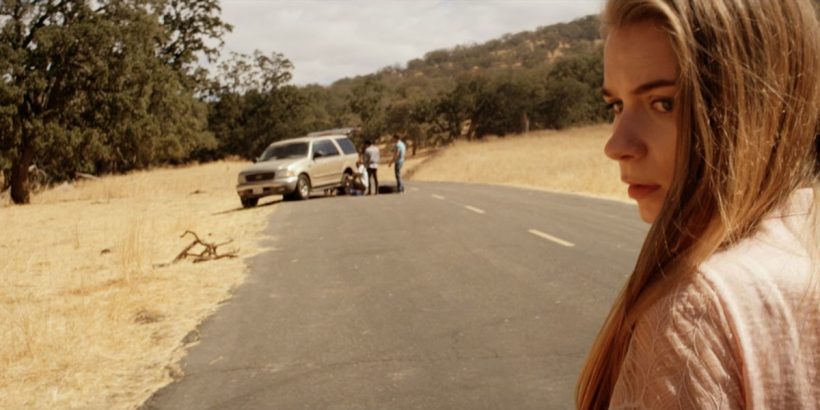 Next on my list is a film from a director I typically quite enjoy, Ryuhei Kitamura. From Versus to The Midnight Meat Train, his films have plenty to offer from action to gore to entertainment. Downrange should be one of these films but it has two strong marks against it: bad timing and a bad ending. The film has a strong premise, it would seem – a group of travelers becomes stranded on a deserted stretch of road falling victim to an unseen sniper. However, given the current environment in which we live in after tragic real-life events, it becomes increasingly difficult to derive entertainment from this scenario. That is no fault of its own but it is still unavoidable. The kicker  for disliking this film is the hogwash of an ending on which it lands. What struggle to work in the first two-thirds is stripped completely away in the final act with its final frames being the most insulting of all. Boo, hiss. 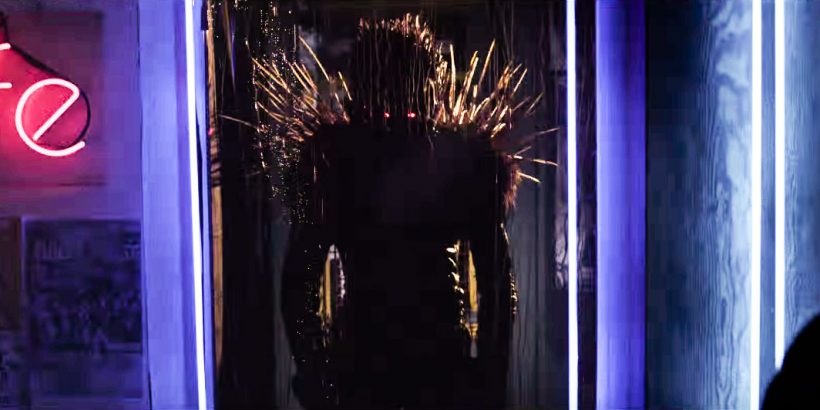 When first watching the Netflix US adaptation of the fan favorite Japanese Manga property, I wasn’t that opposed to the film. However, the more I sat with it, the more I came to despise what it was – a poorly crafted, culturally devoid remake of a remarkable story.   The lead struggles to live up the material and director Adam Wingard seems to miss the point in much of the context of the film. The visuals of Ryuk along with the vocal talents of Willem Dafoe are terrific but are not used in the film properly in a narrative sense. 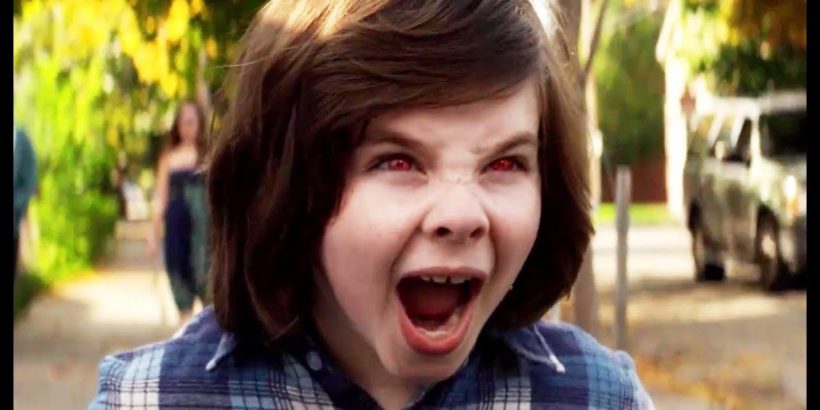 Here’s a film that, on paper, seems to have the right combination: a promising director, a terrific cast, and a premise that should be ripe for horror-themed parody. However, the Netflix original film that resulted from this combination stinks to no end. Woof. It isn’t funny. The acting is inconsistent, so much so it doesn’t appear that the actors believed in the material, lacking passionate performances. The story itself fumbles the parody and ignores the horror. It tries – it has a few surprises and cameos but they are far too little, far too late. Little Evil is a disaster. 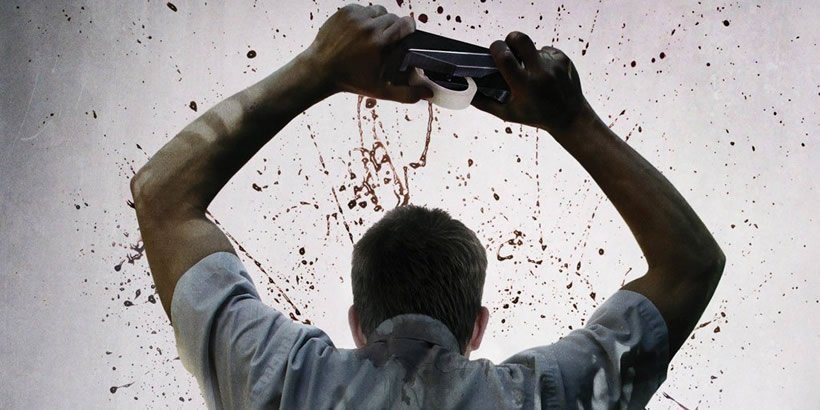 The next film on my list is another mystery to me: how did this one fail? Greg McLean certainly has the chops to handle the material. And the script is by fan-favorite James Gunn. The cast includes John Gallagher, Jr., Tony Goldwyn, and Michael Rooker. The premise is tight and the trailers went a long way to sell the concept. However, the film fails to commit to its own premise, holding back on the full extent of its social satire and gore-fill moments. It is a major disappointment. By the end of the year, its failings become even more evident by the – perhaps unfair – comparison to the far superior Mayhem. 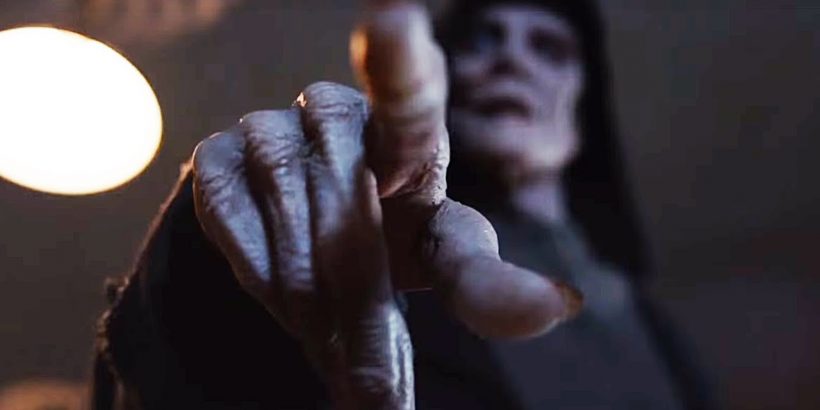 Coming out in January of 2017, The Bye Bye Man is a fading memory – thankfully. But the goofiness of the film in its story and execution still stains the first quarter of the year. Poor Carrie-Anne Moss, poor Faye Dunaway. The film is laughably bad and, at times, outrageously unbalanced. The film is also plagued with an unhealthy dose of been-there-done-that. 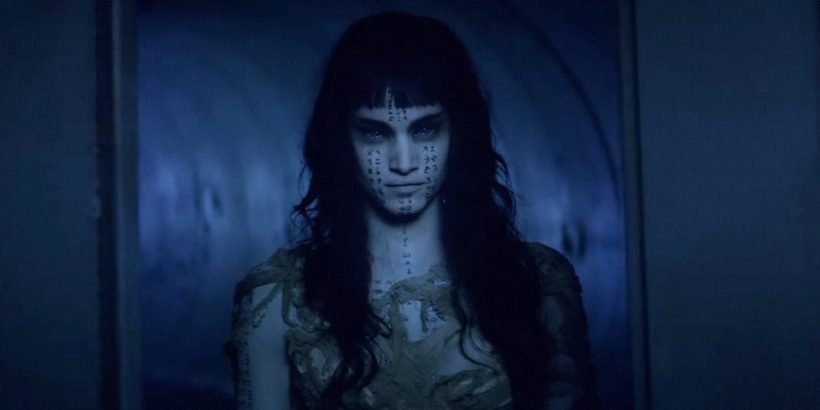 Damn it. This one is just insulting. Universal tries so hard to create its own connected universe, so much so, it forgets to craft a real story. And, it misses the point of creating a universe based on its timely “Universal Monsters” properties. It clumsily stitches together a half-dozen or so interesting ideas into a disheartening mess of a film. It bastardizes its own ideas and the adored creations it wants to champion. It wants to be scary, but it isn’t. It was to be an action film but falls flat. It wants to build a world of gods and monsters but collapses under its own ineptitude. Damn it. 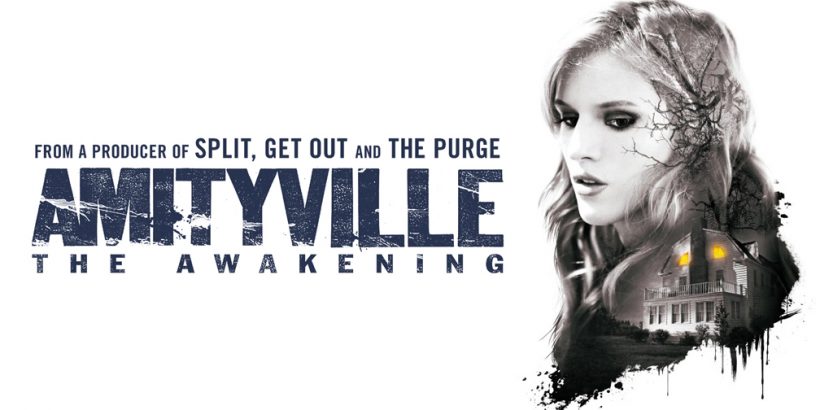 At its core, Amityville: The Awakening has a solid premise. A family moves into the familiar haunted abode with the oldest child in a catatonic state which, it seems, makes him susceptible to the evil that surrounds the home and its history. Jennifer Jason Leigh (Single White Female, The Hateful Eight) leads the cast as the mother while Bella Thorne (Babysitter, Keep Watching), McKenna Grace (Independence Day: Resurgence), and Cameron Monahan (Shameless, Jerome on Gotham) are her children. Jennifer Morrison (Emma on Once Upon a Time) is a family friend and Kurtwood Smith (Red from That ’70s Show and Clarence from Robocop) is the family doctor. But, the film does everything but deliver on what it promises. Instead, the film upchucks cliches and boredom and infuriating self-referential nonsense. It is disgustingly bad and should go back to sleep, never to be awakened again. 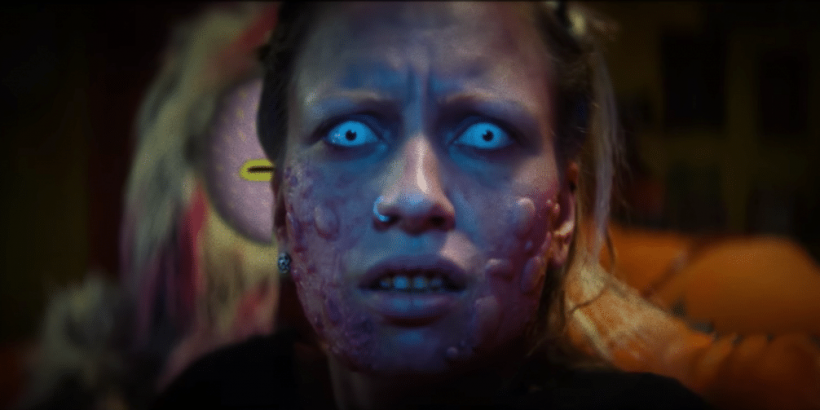 I suppose on the surface Flying Lotus create exactly what Flying Lotus would create but… woof… is this film a chore to sit through. The title literally means “shit” in Japanese. It can also be used to describe “outrageous matters and objects of poor quality.” Yeah, the pretty much sums it up. The skits loosely thrown together are funny…to somebody…just not to me. The film fails to entertain, fails at its attempts at social satire, fails at its attempt to make its audience laugh. It may make you cringe but more at how embarrassed you may be for the great George Clinton than for the visual that it wants you to react to. Appeals to a very small audience – I suppose, to that audience, this film is gold – but for the majority, this film is exactly what its title suggests. 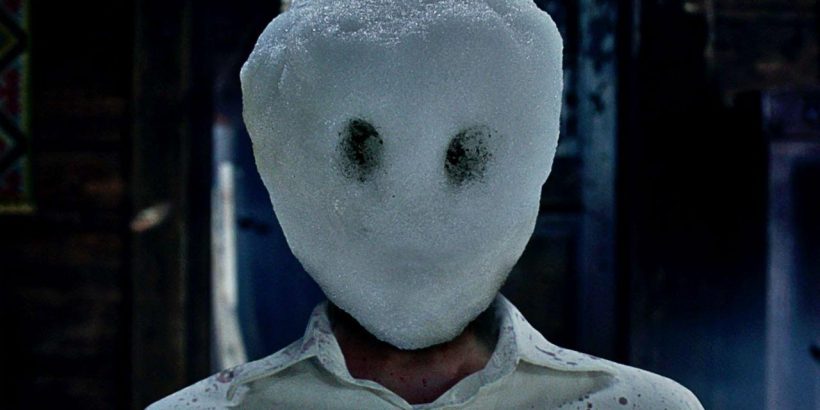 The top of the list is the most head-scratching cinematic offense of them all. The Snowman has a promising director, Tomas Alfredson; it is developed from a respected collection of novels (SnÃ¸mannen by Jo NesbÃ¸); and, an exciting cast that includes Michael Fassbender, Rebecca Furguson, J.K. Simmons, Val Kilmer, and Tobe Jones. No one walks away from this film unscathed by its ineptitude. This film gets everything wrong, except, maybe, the cinematography. Granted, the behind-the-scenes details (running out of time to complete filming of nearly 15% of the film) reveal some of the details behind its eventual derailment but some of the elements are insipid from the start. Fassbender, typically a reliable actor even in the worst of films, is uncharacteristically terrible with an unconvincing portrayal. The rest of the cast don’t fare too much better with Kilmer’s scenes being painful to endure.  Afredson’s direction is clumsy and aimless. The pacing is off and the story is dull. A shocking misfire.

The reviews are in, and it looks like the newest graphic novel from Mark Landry is primed to be a big hit! Read on, and discover why you might be […]

As you may know, at Gruesome Magazine, we love the WOMEN IN HORROR FILM FESTIVAL held each year in Atlanta, Georgia. Not only that we adore the team behind the […]