The Jeepers Creepers films get a bad rap because of the man behind the camera.   Victor Salva, because of his sexual predator status and prison time has long been a divisive figure in the horror world.   Some think he should be shunned – banned from making more films, others feel he’s done his time   – paid his price to society and should be left alone to make his films.   Through all of this, he has managed to build a true horror franchise – and a true horror icon in The Creeper.

He’s managed to get Jeepers Creepers 3 made but protestors have made getting it into theaters pretty impossible.   Fathom Events have stepped up and they are going to show the film – One Night Only – on Sept. 26th.   You’ll have to check with you local cinemas to see if they are participating.   Screen Media Films has cut together a trailer to promote the event.

From the films press site:

“For one night only via Fathom Events on September 26th. On the last day of The Creeper’s 23 day feeding frenzy, Sargent Tubbs teams up with a task force hell-bent on destroying the creature for good. The Creeper fights back in gory glory as his enemies get close to discovering his dark origins.” 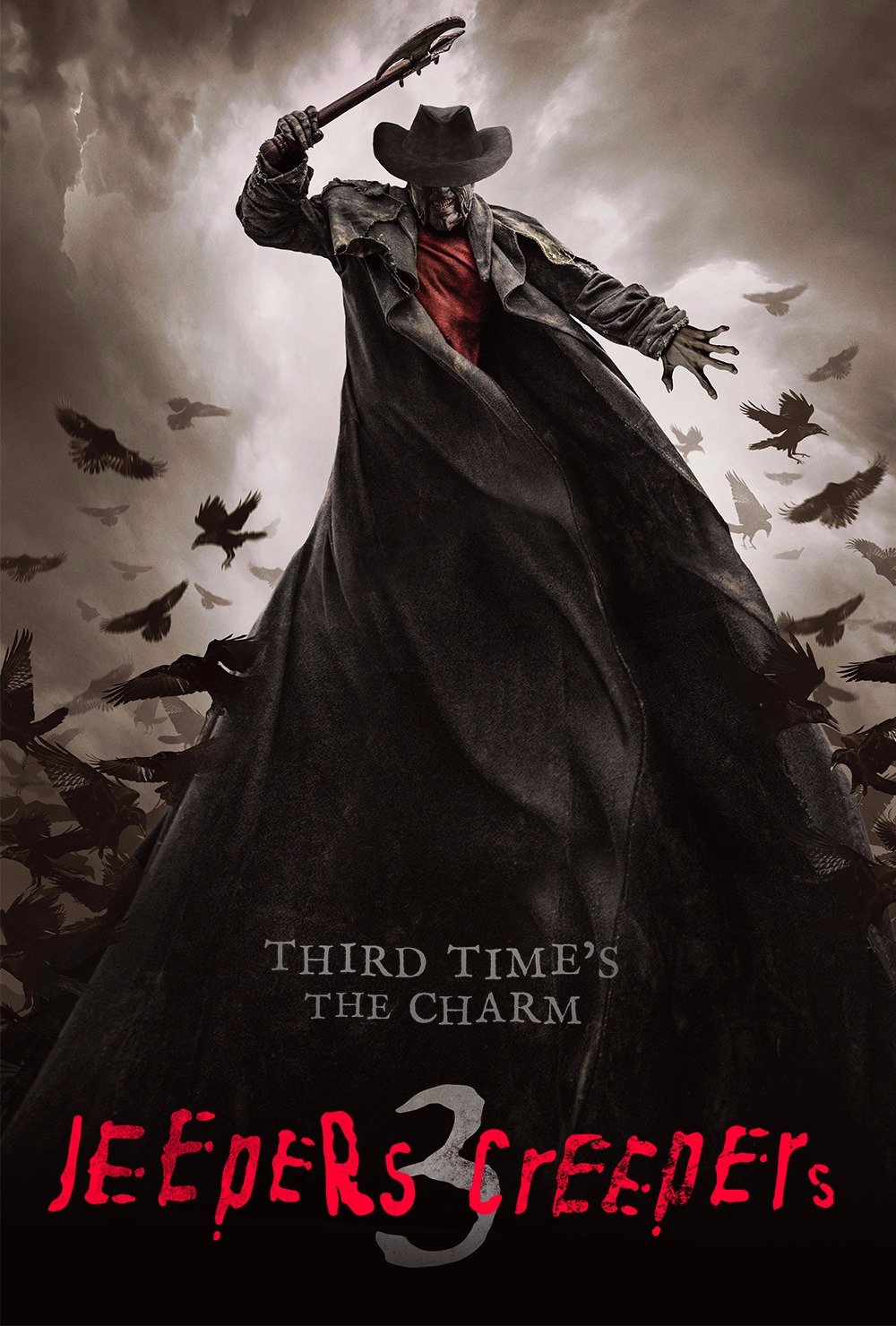 Oct. 12th will see the release of the latest spookfest from Lionsgate.   Starring Bella Thorne – I Still See You the flick is being billed as a post apocolyptic […]

Just Wondering? What Does Everyone Think Of Krueger’s Resurrection For ‘The Goldbergs’

Fresh from the “never say never” file comes the following news: Have you heard?   Robert Englund has polished up the razor glove and dusted off the fedora and will […]

Celebrate Friday the 13th with One Cut of the Dead

One of the more anticipated VOD releases this year is Shinichiro Ueda’s ONE CUT OF THE DEAD, a unique and wildly entertaining twist on the zombie genre. The film is […]