Director Frank Merle has been a busy man and a press release just showed up to announce all his hard work.   His film #From Jennifer is about to have its big VOD roll out via Sector 5 Films and a trailer and some key art have shown up to herald its arrival.

First up though – let’s have a look at the press release and bring ourselves up to speed on all the details.

Jennifer Peterson (Danielle Taddei) is having a very rough week. She’s been fired from a movie shoot, her manager just dropped her, and her boyfriend dumped her, right after releasing a sex tape of them together.
But Jennifer has decided to turn things around: she hatches a plot she calls “Revenge Porn Revenge,” in which she plans to settle the score by filming a devastatingly elaborate video and posting it online, making herself famous in the process. But like everything else in her life lately, her revenge plot doesn’t go according to plan, and a shocking trail of carnage is left in her wake.

Alright – let’s have a look at the handy work:

Sept. 26th is the date you need to be checking your favorite VOD hot spot. 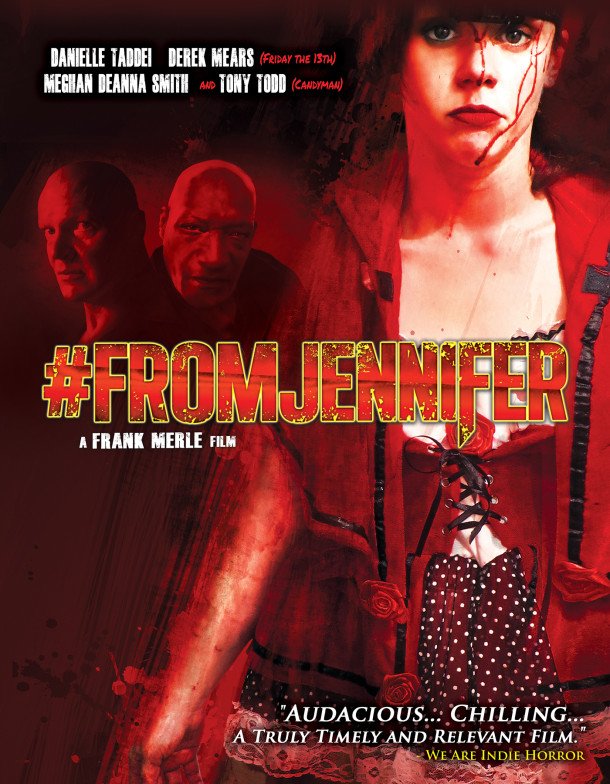 Vampires on a plane? Have we had this before? I can’t recall an actual, hard-core vampire flick set on a plane. I’m sure one of you savvy horror fans out […]

Vienna’s SLASH Film Festival, Austria’s premiere event for horror and genre-film fabulousness, has announced its first wave of films and presented its key visual and trailer for this year’s event, […]

Haven’t had any new music from Green Day in quite a while but – they’re back and sounding a bit different then you might remember. Their first release off the […]