Dave Made a Maze is the first directorial feature from actor Bill Watterson. Some of you will know his face from his brief appearance in the 2014 chiller Ouija, but it’s his work behind the camera that’s going to get him noticed at this moment in time. That’s not to say that Watterson isn’t capable of going places as an actor. It’s just that his debut is a quirky, offbeat, and inventive little gem that’s up there with the best indie movies released in 2017 thus far. As far as strong introductions for up and coming filmmakers go, his entrance is certainly one of the more memorable ones of late. 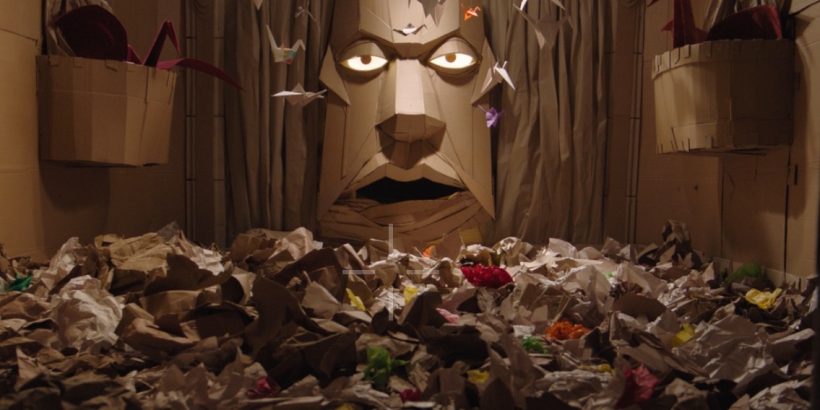 Working from a screenplay co-written by Steven Sears,  Dave Made a Maze follows Dave (Nick Thune), an artist who never seems to finish any of his planned projects. But when he ends up building a maze in the middle of his apartment, for the first time in his life he has a completed something that’s of note. It could even be considered a success if it wasn’t trying to kill him. You see, within his creation, there are dangerous booby traps and even a minotaur (played by pro wrestler John Hennigan). When Dave gets stuck in his living room labyrinth, it’s up to his girlfriend Annie (Meera Rohit Kumbhani), and some of their friends to save the day. So they enter the cardboard terror zone to find Dave and bring him back to the real world. However, escaping proves to be difficult and the terrors that lurk within the maze aren’t hospitable.

It’s difficult to go into detail about this movie without spoiling its charms. Your best bet is to avoid all trailers and reviews and enter as pure as can be and with your imagination open to the possibilities of what the film offers. Those expecting a genre offering might be disappointed though. While the movie does wear its horror and fantasy elements on its sleeve, the story owes more to adventure, romance, and comedy. Much like last year’s Swiss Army Man, Dave Made a Maze takes a ridiculous premise and crafts a story so sweet and endearing that it’ll take your sweet spot being locked away in a vault to avoiding succumbing to its charms. It’s the cinematic equivalent of a child who’s maybe seen Hellbound: Hellraiser II, read The Lion, the Witch, and the Wardrobe then sought to recreate an amalgamation in their own homemade pillow fort with their friends. Only, in this case, everyone is an adult, but there is a sense of innocence and exuberance throughout.

However, this isn’t to say that there isn’t danger present either. The Minotaur is a threat throughout and the traps are capable of dismembering body parts. Just don’t expect blood to spray in the conventional sense. Once you enter this universe, prepare to enter a world where quirky, oddball sensibilities reign supreme and serve as a reminder of how wacky, wonderful, and unique cinema can truly be. Granted, it’ll be too silly and out there for some, but if anything this is a crowd pleaser which transcends genre classification and will speak to anyone who has a weird sense of humor and a mushy center. 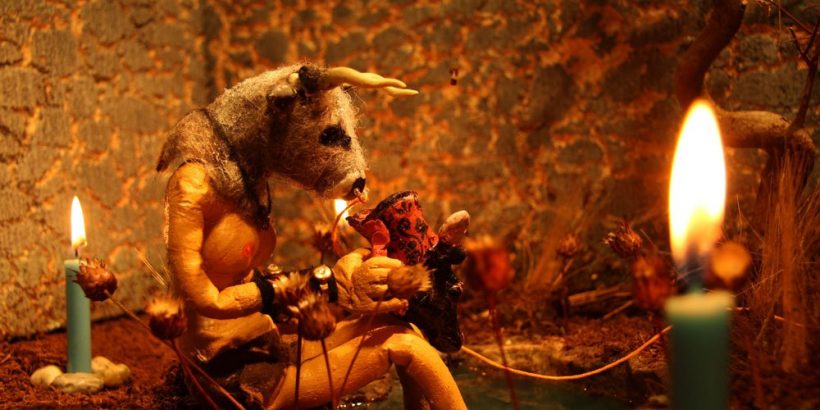 Yet despite all of the bizarre occurrences happening around our band of lost heroes, the relationship between Dave and Annie is grounded and authentic. There’s also a central theme about trying to find purpose and accomplishment and it’s bound to resonate with anybody out there feeling down in the dumps because their projects have yet to take off. Hang in there, because you never know when you’re going to create that magical something that sticks. In Dave’s case, it wasn’t necessarily the most pleasant of experiences, but at least he got off his ass and made a maze. But we all go through the frustrations before we reap rewards in life, and that’s the message some will take from Dave Made a Maze.

There are no real weaknesses either. The movie is lean, consistently funny, and contains just the right amount of drama and sentimentality. If you’re looking for something that’s original, funny, and strangely uplifting, then you owe it yourself to check out this strange little hybrid flick. If anything, it’ll at least be unlike anything else you’ll see for a long time, and in a day and age where reboots and sequels aren’t slowing down anytime soon, these are the types of movies worth cherishing.

Dave Made a Maze 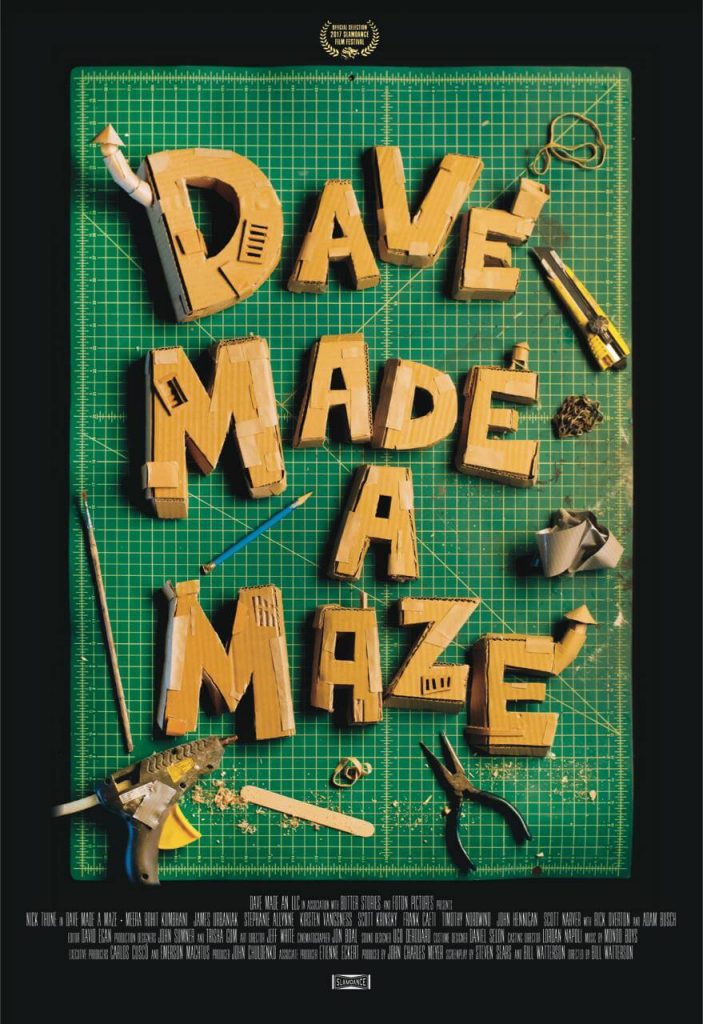 Everything about Life (2017) – the synopsis, the trailer, the poster, and the promotions – make the film out to be a second cousin to the Alien franchise. The film […]

Titles can be misleading. Our  titular The Devil’s Dolls  aren’t Chucky style monstrosities that come to life. No, they’re nothing of the sort.  Sure, young Kennedy Brice sort of looks […]

After returning to the  Alien  franchise with 2012’s  Prometheus, director Ridley Scott has  even more baggage. Not only the weight of his successful start & James Cameron’s initial sequel, but […]