After a cliffhanger like last week,  Preacher  opens in media res as Jesse (Dominic Cooper) and Viktor (Paul Ben-Victor) are tussling in front of Tulip (Ruth Negga). Jesse is coming to terms with finding out the other two are married. Tulip keeps emphasizing that they are getting divorced, but Viktor can’t help but be direct. It’s a darkly funny and yet intense scene of Jesse getting ready to slaughter this dude. All while Tulip pleas for some understanding, only to be forced out by Jesse’s Genesis powers. A bold move and one that’ll hopefully put real stakes in their relationship. 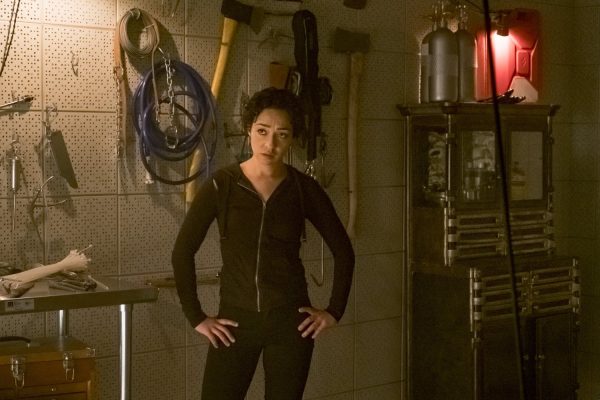 We do see a fair amount of this in an extended flashback to Dallas. Following the robbery gone bad that caused Tulip to have a miscarriage, they go low key. Tulip becomes a realtor. Jesse is a bartender. However, they’re offered a chance to get back to their old lives. A deal from their former boss Dani (Julie Dretzin). One can sneak a peek of the file and see a glimpse of a certain Russian fella, but that’s not a waying concern for Jesse or Tulip. No, these two want a baby. Bad. Understandable, given the miscarriage. Though at the same time it seems to boil these characters down in ways that feel a bit one dimensional. This has been set up and foreshadowing before that on  Preacher, though it isn’t usually as stagnant and straightforward as it is here. 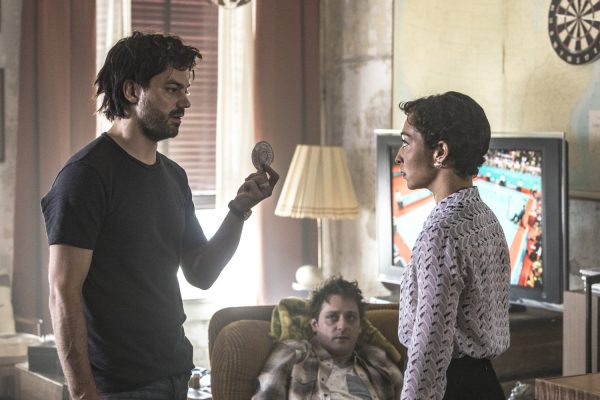 Still we get a few interesting facts about Jesse, like referencing Jesse’s love of John Wayne or the elaborate montage of the repetitive life he leads. One that includes his repetitious drinking and enabling of general bad habits.  Preacher  knows how to utilize visual concepts from comic book structure, with this sequence being a key example. Yet, these flashbacks always seem pretty one sided towards him, never really getting us a true sense on Tulip’s struggle. We’re given a major reveal for Tulip’s betrayal of Jesse, but never a real sense of her frustration. Mind you, Dominic Cooper and Ruth Negga do the best they can with this. It’s just that we only get a sense of the guilt and frustration from one particular perspective. For why he makes the decision to be a  Preacher. Not so much for why Tulip would go back to crime beyond “I’m an O’Hare! I don’t know how to do anything else.” Even the intermediate flashback we get later feels one dimensional, as her drive to kill Carlos gets a connection, but be comes nowhere near worth the long boring conflict of last season. Why do we even need more about this? It remains completely underwhelming, especially when we get such little Tulip perspective here. 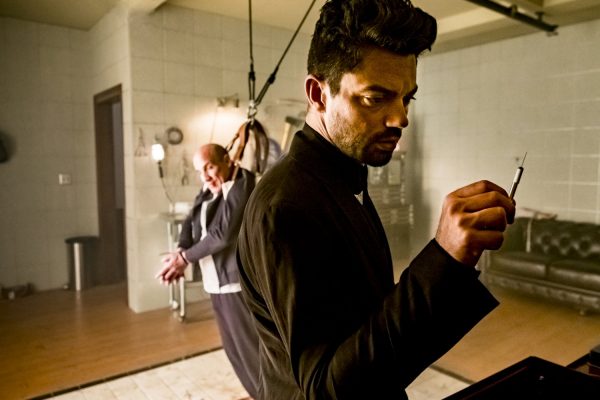 We return to the past to find Jesse continuing to beat the shit out of Vitkor. Even Viktor messing with Jesse about how shitty he must have treated Tulip before she showed up. Thinking quickly, Tulip gets her stepdaughter Allie (Stella Allen) out of this violent conflict. They meet up with Cassidy (Joseph Gilgun), leading to some much needed  Preacher  humor. As the two adults attempt to humor Allie, they don’t budge her for a second. It’s a great interplay between all three, particularly with Ruth Negga delivering one of the better examples of product placement I’ve seen on TV recently. After all, Boo Berry is awesome. You can’t lie about that on TV. This doesn’t lead to much progress for Cassidy and Tulip though. In the middle of arguing about telling Jesse, Tulip brings up Cassidy’s feelings. In a way that’s honestly far more interesting than the main conflict of “Dallas.” 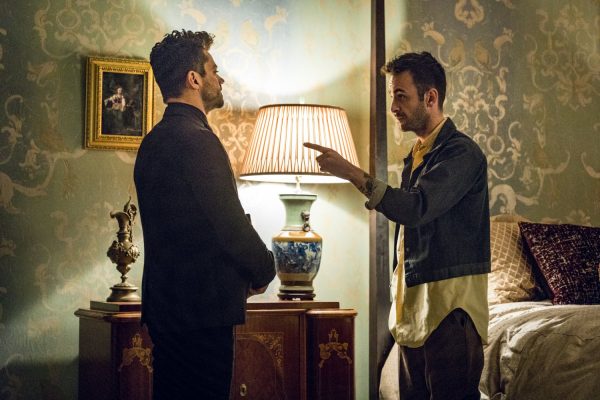 The awkwardness between Cassidy and Tulip is growing, to a point that mirrors their relationship in the comics rather well. Whether or not  Preacher  will go quite as dark as the source material is up in the air. They do seem to be laying the groundwork, particularly Cassidy breaks his way in to try and manipulate Jesse. The two have an intense scene in which both contemplate who would do what in this situation. It’s the most genuinely dramatic  Preacher  has gotten as of yet, leading to a more sinister implication for his character down the road. It’s a slimey move of manipulation, but one that gives us an authentic sense of where these two will be going before too long. The episode ends on Jesse making the right decision, to Cassidy’s clear disappointment. Tulip comes back into Jesse’s arms and Cassidy goes to take Allie back. Yet,  Preacher  has a bit more up it’s sleeve for a finale. We see Viktor and his thugs killed by The Saint of Killers (Graham McTavish), leaving Allie behind. Unfortunately, she has info in The Saint’s interest; the location of Jesse Custer. 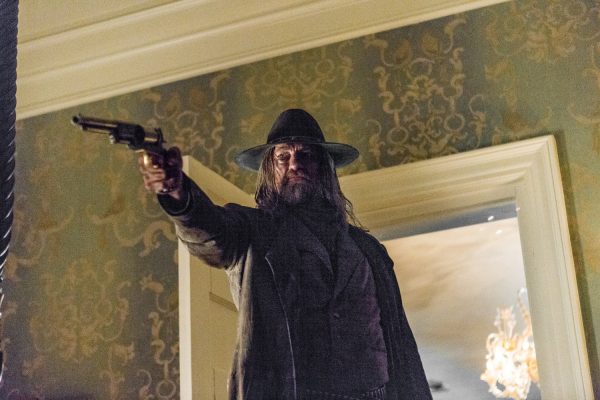 While a strong ending for the episode, “Dallas” ultimately suffers from expanding beyond its reach. “Dallas” wants to give us these big reveals, but many of them feel inconsequential to the main drive we’re getting in the story. When we focus on the Cassidy tension, it’s actually earned because we’ve seen the varying perspective of that triangle. But all of Tulip here feels like backpedaling to connect things from season 1 we didn’t need mentioning. We have The Grail and the search for God to think of. Viktor himself is a completely new creation for TV, but we never get much about him as a character before he’s blown away. No real moment for Jesse and him to actually confront in a meaningful fashion. “Dallas” wants to be the biggest episode of Preacher, but it’s ultimately about as big and empty as a Texas desert can be.

“The Walking Dead” S07E15: Something They Need

Grue-Believers, it’s your favorite time of the week.   Time for my weekly review of As the World….I mean The Walking Dead.    Hope ya’ll had a great weekend as […]

Warning, this review contains spoilers. Good day fellow Grue-believers. It’s here: the mid season finale of The Walking Dead. As you all know most of this season has been fairly […]

Welcome back, Grue-Believers. It’s been a few months since last we talked and what a better time to re-unite than Valentine’s Day! Can you smell the bouquets of flowers in […]

Welcome to HORROR NEWS RADIO for October 3, 2022. JOIN US FOR casting news for NOSFERATU and AZRAEL, along with trailer news for BONES AND ALL and THE LAST OF […]

Welcome to HEROES & DROIDS, your guide to pop culture movies and TV! This week we review… SHE-HULK: ATTORNEY AT LAW (2022, Disney+) Episode 7 “The Retreat” On HEROES & […]