This episode,  Preacher  confirms the saying we’re all familiar with; Hell is other people. For Eugene a.k.a Arseface (Ian Colletti), one of those other people in Hell is unfortunately Adolf Hitler (Noah Taylor) himself. After the cell block in Hell unexpectedly open, Eugene defends an old woman prisoner being bullied by a younger man. Hitler manages diffuse that situation before everyone reports back to their cells, though Arseface can’t due to his cell locking up. Hitler offers him to come to his cell, allowing Eugene the chance to see what Hitler considers Hell. Apparently, it’s being apologetic to a Jewish man who bumps into him at a lunch date. 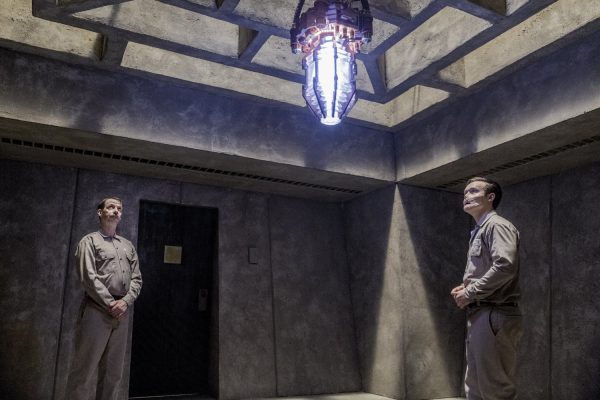 Hell as depicted in  Preacher  is a pretty conflicting concept. Turning it into a prison – specifically an overcrowded underfunded place – is an extremely creative idea. One that fits with the source material and updated to a point that’s pretty fascinating. Plus, the grim and cubic design of the architecture is incredibly impressive for television. One can see shades of Terry Gilliam’s Brazil  in  Michael Slovis‘ direction, particularly on a magnifying screen of Amy Hill’s face.  Yet, the depiction of Hitler is rather muddled. We get mentions of the obvious crimes against humanity he committed, but Noah Taylor’s performance turns him into a nebbish. One that we’re kind of meant to side with, especially after Arseface plays along with a prison beatdown of the Fuhrer. It borders on insulting, but not enough so to be daring satire like  South Park  showing Hitler singing “O Tannenbaum” in Hell. It’s just kind of confusing more than anything else, though hopefully  Preacher  reaches a more deft hand with how to handle the character. 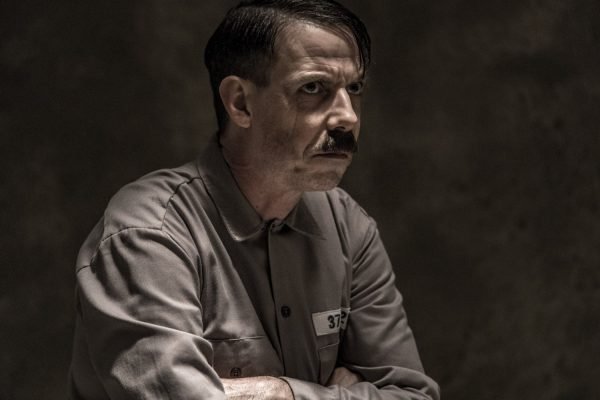 Elsewhere, Tulip (Ruth Negga) is in a heap of trouble. Hauled away by group of thugs who specialize in brutal torture. One especially brutal moment involves Pet (Sean Boyd)  spraying a man with acid while listening to “Miracle Moment of Love” by The Five Keys. Yet they’re pretty good cooks. Tulip definitely seems to be on their bad side, as the leader Viktor (Paul Ben-Victor) mulls over what to do with her. She’s even pissed off the leader’s daughter, who spits in her face and hopes for her death. Not to be outdone, Tulip tries to break into a safe and is apprehended by a few goons. This is honestly the weakest of the varying subplots on this week’s  Preacher, mainly as we have a rather repetitive look into Tulip’s plight. We just keep sort of circling around the issue, waiting for the twist to apparently answer everything. We’ll get to that later. 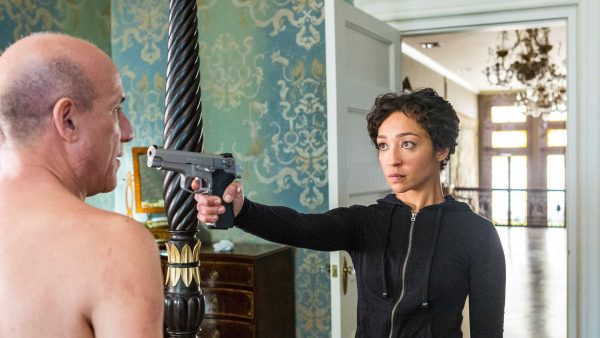 As Tulip is in her bind, our Preacher  Jesse (Dominic Cooper) seems rather apathetic about her to Cassidy’s (Joseph Gilgun) confusion. Jesse’s a bit more occupied trying to find out about the mysterious men in white suits from the previous night. The two also manage to discover that the “God” who spoke to them at the church last season is a local New Orleans actor  Mark Harelik. This subplot has the most humorous angles to it, such as Cassidy’s declaration that the organization sounds faker than lizard people trying to rule the world through pop culture. There’s also a hysterical scene involving Jesse and Cassidy convincing Mark’s agent Teddy Gunth (James Hiroyuki Liao) that they’re trying to get Mark a part on  Game of Thrones, which is a phenomenal showcase of Gilgun’s talents that can often go to waste.

Cassidy and Jesse manage to get Mark’s audition tape, which ends up being a snuff film. Actors have had worse auditions though, amirite? Still, this ends up really shaking Jesse in particular, who deep dives into examining the footage. Before too long though, Cassidy admits that he knows where Tulip has gone. The two storm the elaborate house, Jesse using Genesis to freeze these killers in their place. Well, all of them except Pet, who is enjoying Billy Joel’s “Uptown Girl.” This leads to one of the most impressive action scenes  Preacher  has ever had. Mallets, machetes, severed arms and crotch shots. All in one take. Cooper and Boyd have some damn impressive stamina and appropriately clunky choreography to make this seem like an authentic fight. 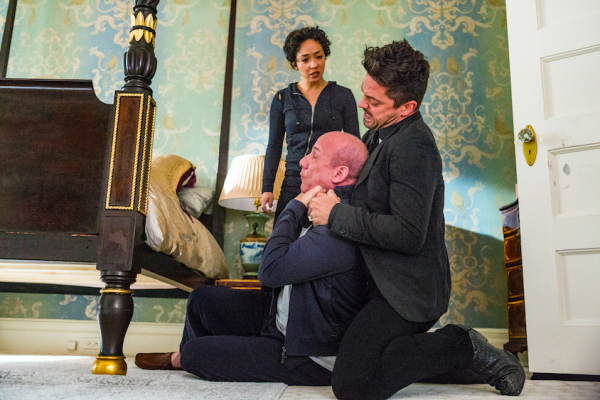 This leads to the big reveal. Jesse has Viktor in a choke hold after finding him and Tulip talking in a bedroom. He’s about to kill Viktor when Tulip lays her bombshell; Viktor is her husband! DUN DUN DUN! Of course, this is conflicting. The comic book fan in me is perplexed. Jesse is Tulip’s one and only. That’s part of the conflict with Cassidy having feelings for her. It’s a major crux of that entire plot. Then, the fan of the show in me is able to see where this does. Wanting to know the purpose for a change this substantial to the mythology. If nothing else,  Preacher  this season has shown a willingness to bend the source material with some forethought put into it. The first season had a similar thought process yet choppy success rate. 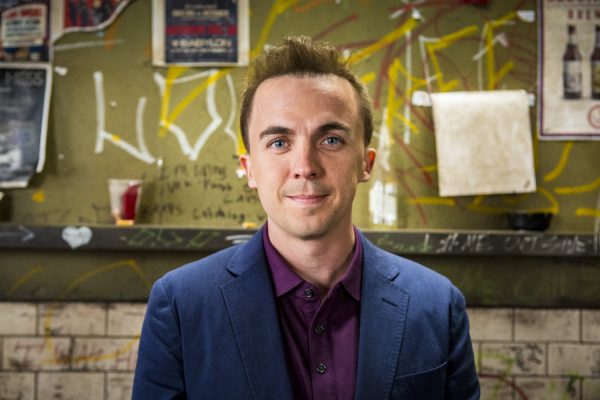 This whole subplot and the treatment of Hitler are the only things that blemish an otherwise fun and engaging episode. We’re teased about the future, but given more substance unlike the previous week. Especially with a tease that The Saint of Killers (Graham McTavish) is walking down the highway and only a few exits away from New Orleans. Yet, despite how downright odd all of this is, the weirdest thing in this whole episode is  Frankie Muniz  showing up as himself. I expected Hitler and an actor being shot for God long before I expected the Muniz.

Ash vs the Evil Dead  has been capable of doing many things that the original  Evil Dead  films really  didn’t touch. An extended narrative, sexual intercourse and, as seen in […]

Let me first apologize for the lateness of this review. Life has been pretty busy but in a good way. Anyway, Scream Queens is back after taking a one week […]