Success! This is it, the film Spider-Man has always needed. Spider-Man: Homecoming fully realizes the full potential of the character steeped in Marvel mythology, quirky, and innocent. Marvel and Sony have joined forces to firmly establish Spider-Man into the Marvel Cinematic Universe. This is the Peter Parker, the Spectacular Spider-Man of the Spider-Man movies where Peter is as much the story as he is Spider-Man. This is Spider-Man in a world where he has his own heroes to look up to such as Iron Man and Captain America, heroes to guide him in his own quest of self-discovery and growth as he defines what a hero should be – sometimes in contradiction to his own heroes. Tom Holland is a delight. He perfectly captures the teenage Peter Parker. Director Jon Watts builds an amazing world for this Peter Parker to live in complete with a new cast of supporting characters and rich in the Marvel Universe. Tony Revolori delivers cinema’s best Flash Thompson while Jacob Batalon steals the entire movie as Ned Leeds. Laura Harrier wins Peter’s heart as Liz while Zendaya wins the audiences’ as the mysterious Michelle. Marissa Tomei breathes new life into Aunt May breaking the cliches while illustrating how her Aunt May would steer Peter’s sense of humor. While the characters are not mirror matches for the comic characterizations, they are perfect adaptations of the roles for the cinema and modern audiences. Tried and true Spidey-fans will rejoice in Spider-Man: Homecoming but new audiences less familiar with the comic book source material will completely embrace the film, its tone, and humor, and the characters. This is the Spider-Man future generations will adore for ages.

The script has Peter Parker returning from his adventures with the Avengers to discover his world completely turned upside down. With the new Spider-Man suit, provided by Tony Stark, Peter anxiously awaits his next Avengers mission. With his attention diverted from his “normal” life, his school life begins to become mundane and dull. Eager to prove himself to Stark and the Avenger, Peter follows a suspected group of arms dealers selling weapons crafted from alien technology left behind from battles with the Chitauri and Ultron. Leading the group is Adrian Toomes wearing a suit that enables him to fly, he is known as The Vulture. Left to his own devices after Stark takes back the spider-suit, Parker must discover is he is worthy of the suit, being Spider-Man, and being an Avenger.

While Tobey Maguire gave web-slinging fans the first successful cinematic Peter Parker and Andrew Garfield had his strengths in the “Amazing” films, Tom Holland easily personifies the Peter Parker comic book fans have known for over fifty years. Spider-Man: Homecoming brings fans, new and old, a Peter Parker that is just now discovering his true powers and capabilities, both as a hero and a young man. He is full of innocence, wide-eyed wonder, and determination to prove his worth. This makes for a much stronger character. Tom Holland is a sheer delight in the role bouncing around in his dialog and charm as much as he is physically leaping about as the Web-Head, leaping and swinging around Queens. His Parker is infectious, drawing the audience into the movie, as he struggles with each obstacle, every challenge, the losses, and the wins. Early in the film, Holland lands the nervous and anxious aspects of Parker seeking out how to become Spider-Man, the hero he wants to be. Holland handles both the light comedy and the more emotionally tense scenes with equal flair. The moment he is confronted by Toomes in the car is one of the best moments in the film.

In that same scene, Michael Keaton proves why he is the best choice to be both a part of the Marvel cinematic universe but to bring Adrian Toomes and the Vulture to the big screen. He provides Marvel with their best villain since Loki, topping the promise of Thanos seen thus far. He gives the character a down-to-Earth presence with blue collar motivations, even if those motivations grow a little shaky in the final act. When he accidentally incinerates one of his henchmen with a random weapon, Keaton’s Toomes manages to be simultaneously remorseful and intentional with his actions, giving his character an air of foreboding and menace. He is the perfect foil for Holland’s Peter Parker. The script lets the character have a subtle hint of redemption when he once again encounters Mac Gargan (Michael Mando) in the post credit clip. The design of the Vulture is little “Iron Man” heavy for comic book purists but rather smartly fits within the Marvel cinematic universe.

Director Jon Watts successfully combines the “John Hughes” high school flavor with superhero action as he publicly set out to do. Through this approach, he plants Peter Parker firmly in his formative years giving audiences a hint at the hero before the confidence is fully set in place and the familiar quips can be heard thwipping about at every turn. It proves to be an impressive choice with superlative execution. The quieter Peter Parker moments truly shine and resonate. The action scenes are spot on as well. The early fights with the Avenger-mask-wearing bank robbers and facing Toomes and Shocker on the ferry are wonderful and exciting. The final battle is a little muddled, however, with thick darks and blurred action as Spidey and the Vulture fight on top a jet airliner. Watts also seems entirely comfortable in the Marvel cinematic universe. He handles Iron Man, Tony Stark, and Happy with confidence and style. While Jon Favreau does manage to steal every scene he is in, the relationship between Tony Stark and Peter Parker provides Robert Downey Jr. the most successful opportunity to display a mature side to the wise-cracking millionaire – or, is that billionaire. Stark is in the film in small doses but important ones to both the story and for Marvel. However, above all, Marisa Tomei as May Parker lands the best last line in all the Marvel films this side of “I am Iron Man.” 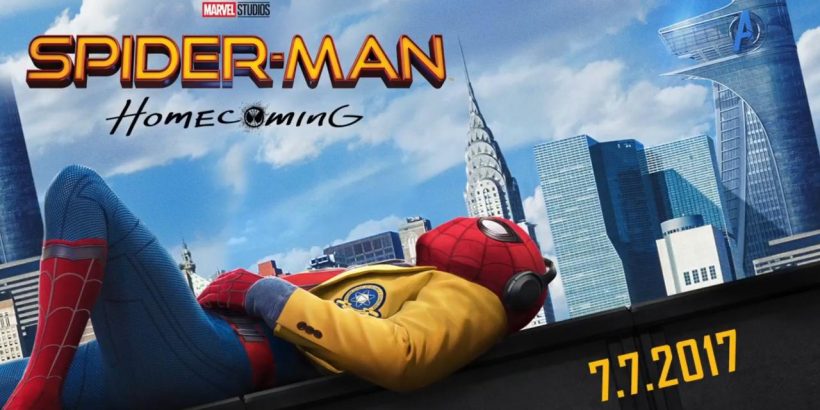 Spider-Man: Homecoming is a brilliant evolution of the wall-crawling hero, more so than a typical reboot or a retooling. The film bypasses the need to restate the origin of Spider-Man outside a brief mention as Peter answers the humorously inquisitive Ned Leeds. It thrusts the story directly into the life of Peter Parker immediately following the events of Captain America: Civil War. It is quite refreshing – and confident – of Marvel to make this call. Certainly, the audience is thankful as well. Peter Parker is Spider-Man, that’s all that is needed. The film neglects to get too deep into what powers Spider-Man has or what powers are solely provided by Iron Man’s fancy Spider-suit. It is uncertain if the classic Spidey-sense is ever put into use. This both simplifies things for this film allowing the movie and its story to naturally unfold and to provide fodder for future films. This is the Spider-Man movie audiences have been waiting for. It is whimsical, thrilling, adventurous, and emotional. Spidey is finally home, and all is right in the world. 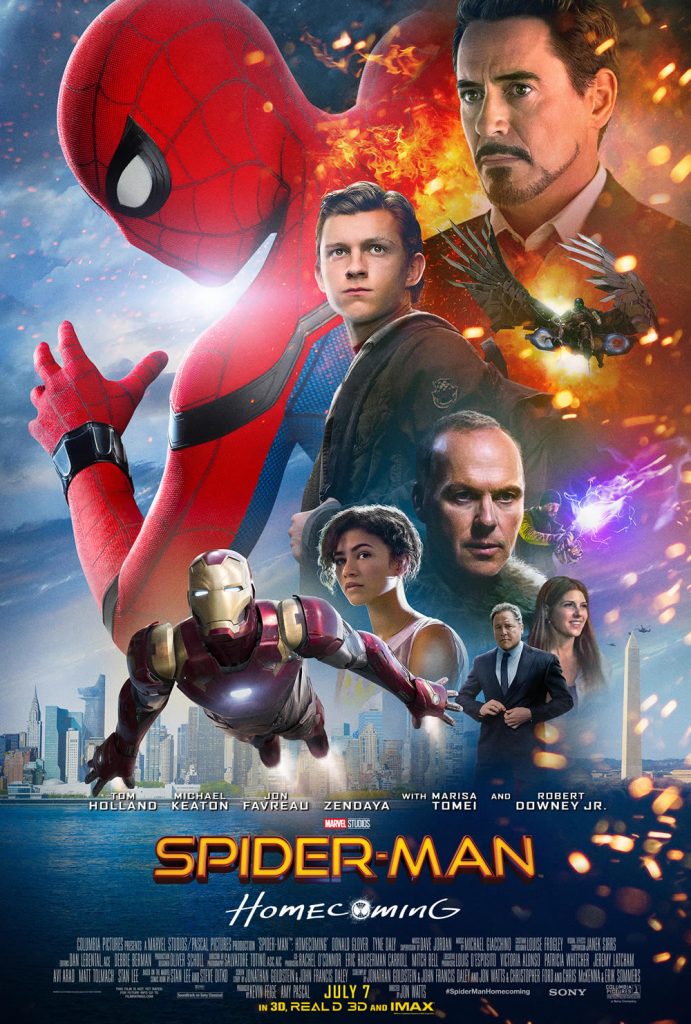 The Rusalka (AKA The Siren), Freaks, and The Witch: Part 1 — The Subversion (Arrow Video FrightFest Glasgow): Female Monsters and Mutants Abound

Arrow Video FrightFest Glasgow featured three films highlighted by powerful, mysterious female characters for its March 2nd screenings. These films ranged from subtle and understated to violent and gory. The […]

Writer/director Sean Melia’s debut feature-length film Hank Boyd Is Dead caught me quite pleasantly by surprise with its fantastic cast and its engrossing, quirky horror tale. The film belies its […]

Writer/director Mia Kate Russell explores the potential terrors of inaction in her Australian short film Maggie May, which offers up some of the most disturbing horrific images in recent memory, […]