A huge dangling thread from season 1 of  Preacher  was Eugene a.k.a Arseface (Ian Colletti). After an encounter with Jesse (Dominic Cooper) and his Genesis powers, our young lad is stuck in Hell. Reliving the moment that gave him his horrific deformity over and over again while sitting in a grey prison cell. This moment – involving his friend Tracy Loach (Gianna LePera) attempting suicide over boy troubles – is seen multiple times over in a montage. Every excruciating detail. The bit of hope Eugene feels at getting her to put down the gun. Extremely awkward embarrassment when she sees his comforts are for sexual gain. Tracy’s mom beating on the door trying to come in. It’s a solid update of Eugene’s motives in the comics, which were tied to being a famous musicians like Kurt Cobain. Wouldn’t work as well in a modern context, so a new version could be just as satirically punching and ironic. 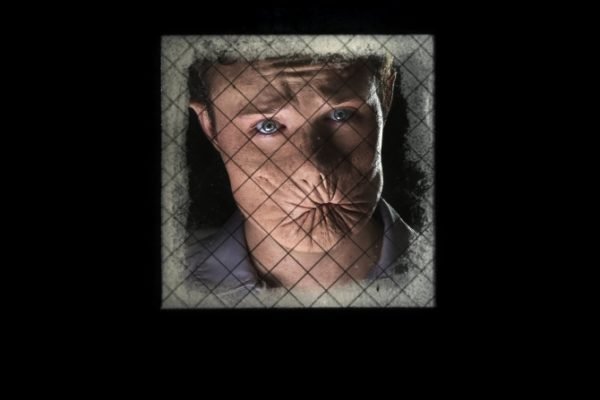 Unfortunately, the scene as seen here in Damsels just loses track of that. Despite the neat opportunity of seeing Eugene’s true face, the scene itself just feels off. Namely once Eugene starts trying to scoop Tracy’s brains into her head. It’s such a naive move, even for Eugene, that lessens the impact as it rushes around to the inevitable. It feels like a well intentioned but ultimately lesser job to tie us back to the town left behind in  Preacher  Season 1, but that Tracy plot only really served to engage us a bit more in Jesse’s plotline for Genesis. Referring back to it here means about as much as remembering Emily from last season. Yeah, remember Emily? Didn’t think so. This is one of the more disappointing changes for  Preacher from its source material, giving us empty pathos in place of satiric bite. 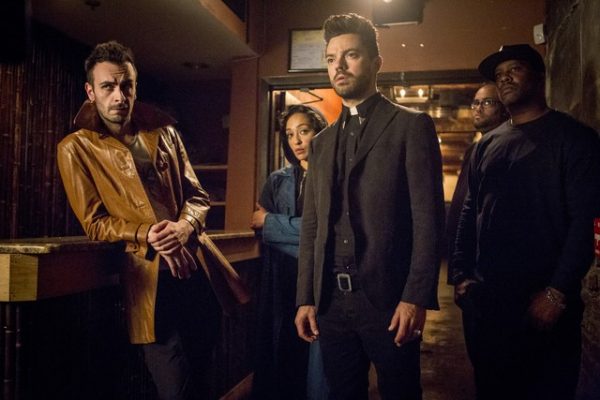 Meanwhile, Jesse, Tulip (Ruth Negga) and Cassidy (Joseph Gilgun) arrive in New Orleans while having a spirited discussion about Mexican tacos. The three search for God underneath a jazz bar, following a shadowy merchant into the basement. The “God” these three are in search of… ends up being a weird kinky sex dungeon. One featuring a man in a dog suit on a lease. The lead up is intentionally quite sinister, utilizing episode director Michael Slovis’ talents as a cinematographer on 80% of  Breaking Bad‘s run. Dark corridors and shadowy figures that could easily lead to a subversive silly punchline. Unfortunately, Slovis isn’t quite up to the comedic task this moment requires, leaving  Preacher  in a familiar Season 1 state of comedic integrity. In a desire to fit the usual AMC aesthetic, the comedy is once again sacrificed, something  Seth Rogen and  Evan Goldberg had a far better grasp of in the two episodes that opened the season. Here, the comedy lies awkwardly like a dead fish visually. 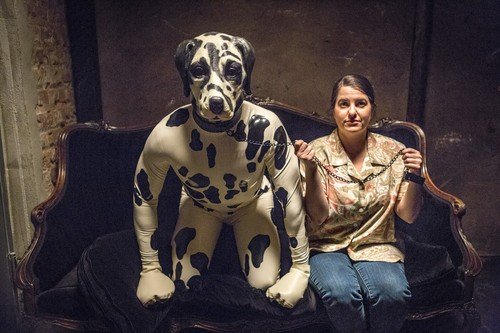 The best mixture of the drama and comedy in  Preacher  still comes from tour leads. That Mexican taco conversation at the opening is an intimate moment of grounding hilarity. The three separate, as Jesse continues his search for God at various jazz clubs while Tulip and Cassidy set up at the latter’s friend’s place. Tulip and Cassidy have a loose, but intriguing conversation about the man Tulip killed last week. This gives us further insight into both Tulip and Cassidy’s pasts. Tulip runs into people who know her from her past in New Orleans. Cassidy’s friend Dennis is silent and distant from Cassidy yet lets him stay. There’s not a lot there, but that’s the point. Both are very mysterious creatures, one trying to escape a past while the other barely can live in the present due to lack of true company. Which gives the attraction on Cassidy’s side more motivation and tragedy. Plus, there’s further build up of Tulip’s past, as she is willingly caught by a group of men in a laundromat. 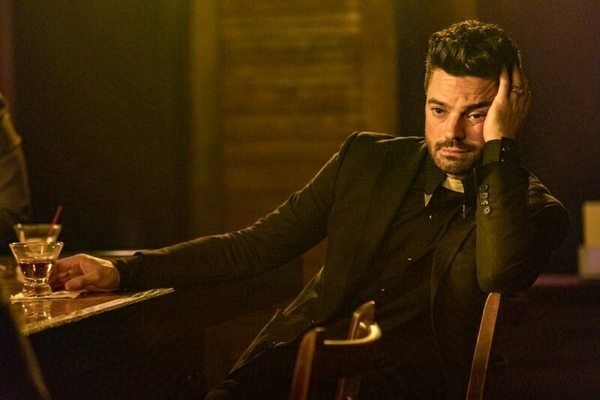 Meanwhile, more of the direct plot as well as comedy for  Preacher occurs with Jesse’s search. The comedy is more situational and bizarre, recalling a faint version of David Lynch’s current work on the  Twin Peaks  revival (which for the record is pretty damn stellar). While wandering through various jazz clubs, he encounters a breathy voice singer (Julie Ann Emery), who falls for Jesse after he saves her from a group of white suited men. This stuff had me squirming, worried that we were getting another Emily-style red herring love interest to deal with. Especially as the chemistry between Emery and Cooper fell flat on its face. Luckily… it was all a pretty thin rouse, as our singer turns out to be Lara Featherstone, a character comics fans will know as the assistant to Herr Starr (Pip Torrens) the leader of The Grail organization. We not only see Starr, but even a brief appearance by Hoover (Malcolm Barrett) as Featherstone drives away from putting suggestion into Jesse’s head. 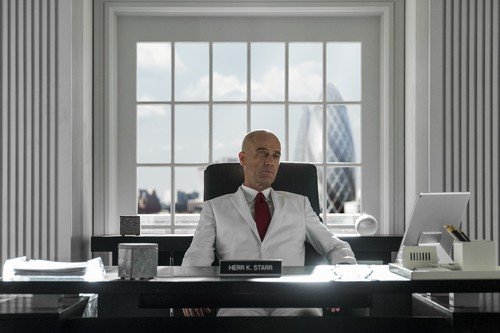 Of course, this is all for the sake of mere reveals. “Damsels” is a very piece setting episode of  Preacher. With reveals that seem more nonchalant than anything else. Hell, Hitler (Noah Taylor) shows up in a pretty nondescript way to Arseface near the climax in… well, Hell. We’re getting the set up here and for all that, it’s a decent building block for what will hopefully be a good jigsaw puzzle of a season. Still, it doesn’t make for that compelling an hour of television, with the better stuff being between characters. Even the big problems with Arseface’s origin,  Preacher  at least had the right intent with it. The problems mainly lie with giving these side characters the same solid nuance of its main trio. On any other show, this wouldn’t be the biggest deal. But  Preacher  is pretty dependent on its entire ensemble. Which is why revealing fan favorites like Herr Starr isn’t enough. One has to put the work into balancing them. Hopefully, we get more of a balance this year.

Ash J. Williams has always been a loner. The Evil Dead  essentially taught the Deadite killer that he could only rely on his own wits to get him out of […]

“Fear the Walking Dead” S02E04: Blood in the Streets

Much to my surprise I am actually digging the past few episodes of Fear the Walking Dead. It is by no means as good of a show as its companion […]

Welcome to  American Gods Fan Podcast,  Episode  5 “Lemon Scented You”. This is the unofficial podcast about the hit Starz television program  American Gods  by fans for fans as brought […]