Preacher  pulled a double whammy with its first week. 24 hours after “On The Road” aired, we got the thrilling conclusion to Jesse Custer (Dominic Cooper) and The Saint of Killers (Graham McTavish). Despite his attempts to use Genesis on the cowboy on a rampage, Jesse is powerless. Well, it’s a good thing that axel grease delivery truck came in between them and that group of gun nuts were under his spell. That at least stalled for time. This is a great sequence to show both The Saint’s unrelenting stamina and the limits of Jesse’s powers on other worldly forces. It gives the opening of this episode a great Terminator vibe, one that’s referenced by Cassidy (Joseph Gilgun) as a scenario along with  Terminator 2  and  Nazgul the Ring Wraith from  Lord of the Rings. A sequence that sets up the stakes, gives us a fair amount of morbid humor and throws in a few pop culture jokes. Which is much more consistent than  Preacher  was last season. 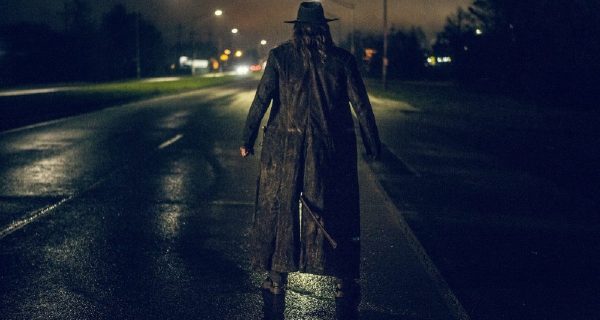 A large part of that tone was the problems of comedy, which  Preacher  gives center stage during its title sequence in “Mumbai Sky Tower.” We step away from our main heroes to return to Fiore (Tom Brooke). Following the loss of his fellow angel buddy DeBlanc, Fiore is in a depressed state. He travels to Las Vegas and attempts to kill himself multiple times, only to come back every time. One such time happens in the lobby of an Indian themed casino, which turns him into an overnight magical sensation. Here is the moment where  Preacher  reaches its biggest stride on a comedic level, giving us a montage of Fiore’s lowest point and rise. All with gory scenarios set to “That’s Life”, a perfectly timed comedic subversion. While none of this was in Garth Ennis and Steve Dillon’s graphic novels, it feels the most like something ripped from their own panels. A darkly satiric showcase of the rise of success & it’s influence on religious figures who are supposed to be above such human influence. To the point where Fiore can’t even be bothered to give a sick child more than a passing glance. Brutal. Irreverent. Hilarious. 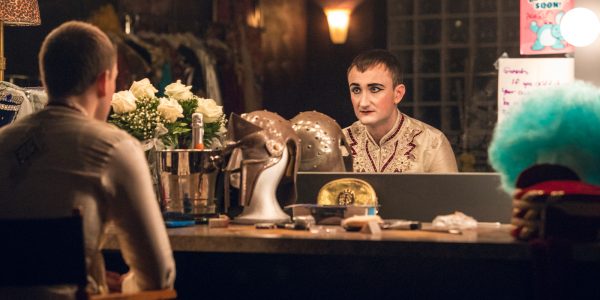 Success allows Fiore to confidently reveal to Jesse and Cassidy his hiring of The Saint. As well as his lack of true concern for God’s absence in the wake of Jesse’s call. This brief explanation gives Tom Brooke a chance to spice up his comedic delivery, but also further set up  Preacher as a mythology. That something as massive as God not being at his post can leave an angel apathetic. It contrasts so well with Jesse and Tulip’s (Ruth Negga) own empathy about what happened to their town. The two talk over their grief, which drives their journey to find God and ask for answers. Then… they do a bit more than talk. Their love making leads to more conflict as Jesse uncharacteristically proposes, to Tulip’s confusion. This frustration feeds into the central turmoil of their relationship, which carries over from the source material. The real life chemistry of Cooper and Negga is palpable, but feeds into a much more conflicting relationship between Jesse and Tulip. One where secrets of murder and motivations for not getting married end up leaving us to question how long they’ll last for the run of  Preacher. 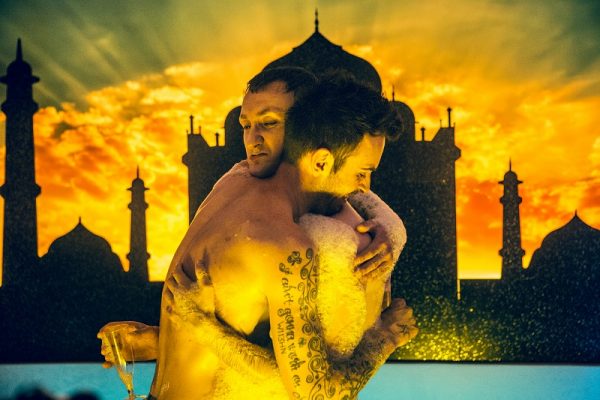 On the flip side, the relationship between Fiore and Cassidy is far more amicable. Admittedly, said friendship involves copious amounts of drugs and a celebratory montage. This obviously feels the most in episode directors  Seth Rogen and  Evan Goldberg‘s wheelhouse, as two men question their sexuality and pal around like school boys while under the influence. However, there is plenty of  Preacher  specific flare that sets this apart. Namely, some supernatural questions of purpose that go far beyond the mushroom montage from  Knocked Up. Gilgun and Brooke have a wonderful chemistry here, one from an experienced partier and an angel finally able to let loose. It’s the type of bromantic interplay that made Rogen a star, but in a context that feels more engaged in forward momentum. 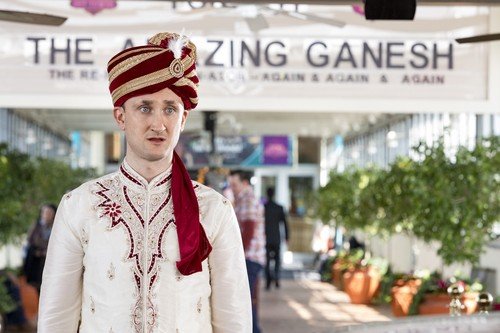 The type of forward momentum that gives Fiore an ultimate decision to find peace within himself. Custer and Fiore share their final words, which gives us the initial hope that our Preacher  need not worry about our cowboy again. They are off to New Orleans, which gives Tulip a bit of worry. However, Fiore is then confronted by The Saint of Killers. Fiore keeps him on his quest to destroy Genesis, but asks for a final job out of our cowboy. One that kills him for good on stage, leaving an audience dissatisfied. The imagery here is lovely, showing a consumer crowd disappointed as the elated dying visage of Fiore gets to find true peace on the other side. It’s another example of the show giving the feeling of  Preacher  without directly adapting it. Especially with the new hinted context of Fiore really lacking in need to stay on this earthly plain and be reunited with his “best friend” DeBlanc, who he shared so much with. 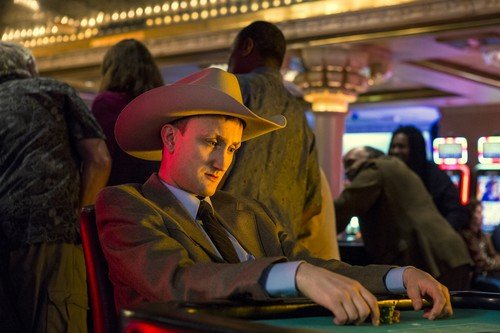 All of this further firmly separates Preacher  from the comics, but gives closure in a way that elevates what happened before. Fiore and DeBlanc were side joke characters that provided a sort of satiric look at the incompetence of hell. Yet, in this new context, Rogen, Goldberg and  Sam Catlin gave the duo more depth. They were sent on a mission that gave their immortality an abrupt end, leaving Fiore to find his way. The opening montage – while hilarious – was a sorry state for Fiore, giving his mercy death more meaning. The emotional groundness here gives further confidence for this second season. Where we can see side characters get exploited by society before eventually finding a mutual sense of peace on the other side. It’s probably the closest  Preacher  has gotten to heartwarming… beyond some gory organ action that may come our way in the future.

Note: This mini-series recently aired as part of the seventh season of  Adventure Time. While it won’t spoil the mini-series itself, anything that has aired previously is fair game for […]

The Walking Dead could not have picked a better night than Valentine’s Day to bring us their mid-season premiere. How better to spend the evening settling in for the night […]