Many Sci-fi spectacles trade ambition for science when handling time travel in film. It is easy to get caught up in the head spinning paradoxical nonsense the genre can often and easily fall victim to. Director Gaurav Seth keeps the fantastical in check with a focused examination of the concepts of time travel and the effects of its possibilities in the taught, precise thriller Prisoner X. The script, and the source material from writer Robert Reed, smartly work around the nature of paradox of traveling into the past by examining what can happen with traveling to the near future instead. While the film’s antagonist, Ramiro has traveled to the present from the future, he can only affect the new time-line’s future. And that he want to do in devastating, disastrous ways using the knowledge of time travel as his main weapon. While the film begins on shaky ground, it quickly finds its legs with the introduction of Carmen played by Michelle Nolden. Once she falls into the film’s focus, Prisoner X increasingly draws in the audience’s undivided attention until the events take a worse-case scenario turn during the final act. Many may catch onto the surprise ending but watching it play out should provide ample entertainment in this intriguing, fascinating, low-key, intense jab at time travel and the horrors of paranoia. 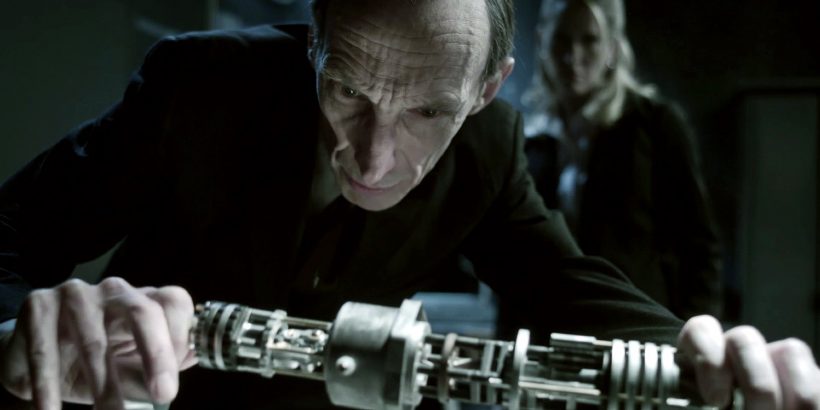 When a mysterious terrorist is caught with a satchel of uranium, the CIA quickly discover he is a far more serious threat than first suspected. Ramiro (Romano Orzari) is from the future, a follower of the monomaniacal Abraham. Special Agent Carmen (Michelle Nolden) arrives to find the initial interrogator, Fischer (Damon Runyan), the victim of suicide. Shortly after digging into Ramiro’s secrets, Carmen begin to experience hallucinations and paranoia suspecting a mole within the organization, everyone from the director Jefferson (Julian Richings) to a shady guard named Jim (Gianpoalo Vanuta). It is only after the President of the United States (Nigel Bennett) steps in to unwittingly provide the crucial key for Carmen to unravel Ramiro’s mysteries and darkest secrets. 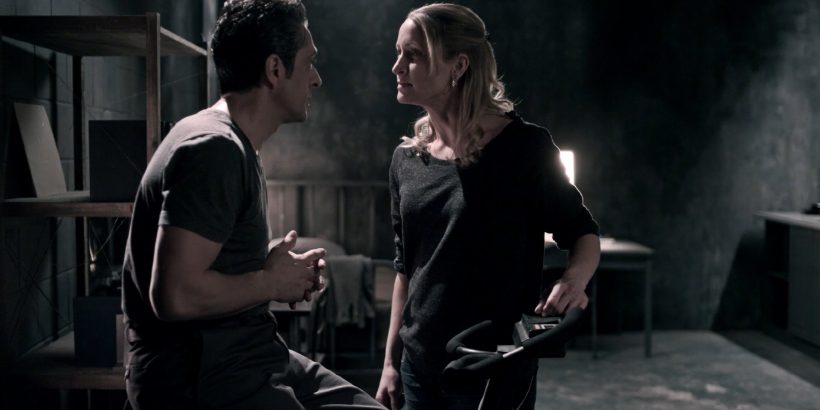 A huge part of what makes Prisoner X work so well is prisoner x himself, Ramiro. As played by Romano Orzari, the character is deliciously devious and deceptive, egregiously manipulating the rest of the cast to dive head first into his end goals of turning the world asunder. Romano Orzari is hypnotic in the role with his every gaze suggesting a million different options. He always appears to be ten steps ahead of his captors with every tear, every smile, every small turn of this head. He is simultaneously charming and frightening in the same moment. His is a terrific and crucial performance, the film hinges on the audience buying into his motivations and monologues. He is so successful at this objective that when his beliefs are challenged in the final act, it his particularly strong giving the film a delightfully entertaining and rewarding conclusion. 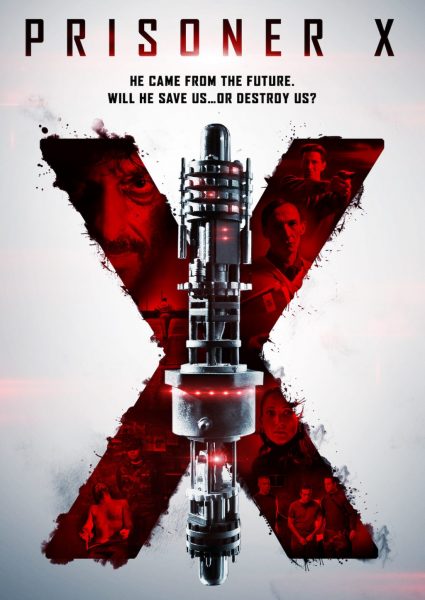 Prisoner X kicks into high gear when actress Michelle Nolden makes her entrance. Feeling disarmingly similar to Clarice Starling, her character Carmen steps into the story understanding critical clues many of the other cast either miss or cannot fathom without consequences. She provides the film with a great strength and focus. She experiences much of the same paranoia effects as did her predecessor Fischer but is able to fight through their effects. This provides the film with a solid hero figure, intelligent and formidable to tackle a terrifying threat from the future. She has spunk and attitude along with compassion and savvy. This makes her final turn is earned, appreciated, and satisfying. She also handles the hallucinatory scenes with the right combination of fear, terror, and perception as she fights the horror to discover the truth behind the deception. One of her best scenes is when she secures a one-on-one meeting with the President of the United States to discuss how to best achieve the goals of the nation, the world, and the future of mankind. It’s an interesting conversation that has her balancing her own authority with the respect displayed. It is a terrific performance that will likely have audience member looking for other roles in other films. 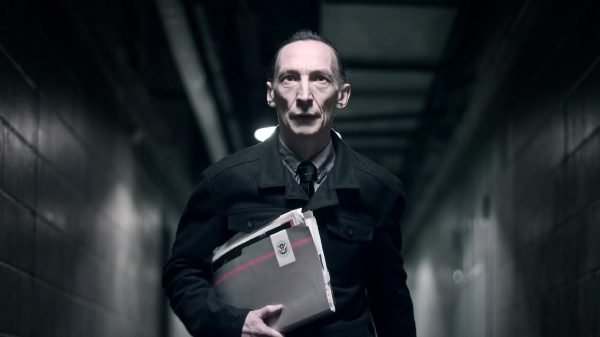 Another element of Prisoner X that makes the film succeed is the controlled direction of Gaurav Seth. With a small budget and a small cast, the director elevates the emotions, the mania, and the claustrophobia of the scenes, dialog, and location to permeate and drive the film. For the better part of the film, the story is confined to the holding cells where the CIA are questioning their time-traveling prisoner. The colors are darks, cold, and washed out much like the character of Ramiro himself. The rest of the cast is buried in the cool color scheme as well tinting their relation to the prisoner in similar lack of hope and optimism. Seth is able to wash the film with the pessimistic deterioration of Ramiro challenging the hero to survive the day. At the same time, he provides Carmen with the right amount of drive and care to keep her head just barely above water keeping the audience – and the character – at bay until the very end. It’s a solid directorial effort that takes advantage of the best of the cast, crew, and location afforded him. In the end, Prisoner X is a surprise refreshing sci-fi/thriller well worth the watch. 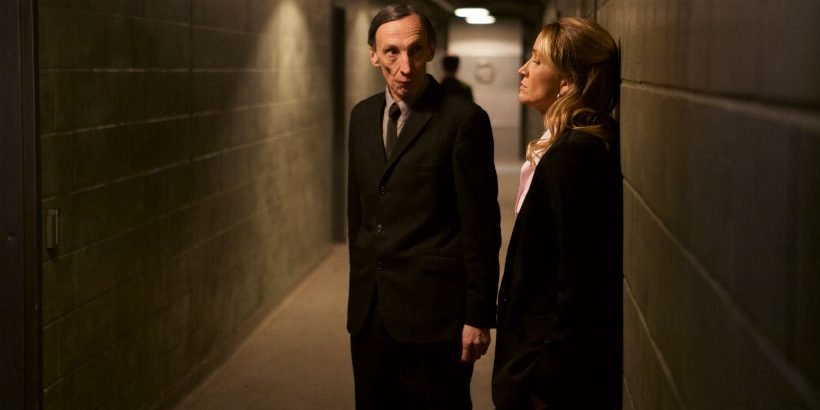 Prisoner X is a film ripe for discovery, ready to wash over its audience with a mind-bending but subtle look at time travel. It trades the high concept fantasy elements of Terminator or 12 Monkeys for an examination of the psychological effects of the realization of the possibilities and horror of those who could wield time travel in a terror-filled fashion. The director, Gaurav Seth, is able to extract vigorous performances from his stars, Michelle Nolden and Romano Orzari, creating a palpable pair of adversaries, both as intelligent and resourceful as the other. They are a time-traveling version of Clarice Starling and Hannibal Lecter in many ways. Character actor Julian Richings steps in to keep the schizophrenia in the forefront with the quiet but effective approach to Jefferson, always suspect and suspecting. While the film stumbles at first with an awkward first act, the film escalates into a heady potboiler surely to satisfy fans of thrillers with a sci-fi bent. Prisoner X is a film worth seeking out and enjoying.

Picture it: you’re on your way to work, going through your regular morning routine when you get a flat tire. A good Samaritan stops to help you, only to wind […]

When the gang gathered the other day to chat FIRESTARTER, I could not make the recording, and from the sound of things, that may have been a good thing. Like […]

Without even knowing it, Doc gets revenge on Jeff Mohr for suggesting Night of the Lepus as a Decades of Horror 1970s topic. In the spirit of that campy classing, […]