Grue-Believers, just when you thought spring had sprung we get hit with another cold spell here in good old northeastern Pennsylvania.  It can be as cold as it wants next week here in PA because I will be on the west coast for the week at my California office.  Another surprise besides the weather (ok it wasn’t really that much of a surprise), just as you thought The Walking Dead was turning the corner after last week’s episode we get hit with the load of garbage that was this week’s episode.

The title of this week’s show should have been titled “The Ballad of Rick and Michonne”.  As The Walking Dead goes, this may have been my least favorite episode ever!  You read that correct, I said E-V-E-R!  If I wasn’t as invested in the show as I am, Say Yes was bad enough that it would have made me say “No!” and turn my back and walk away. 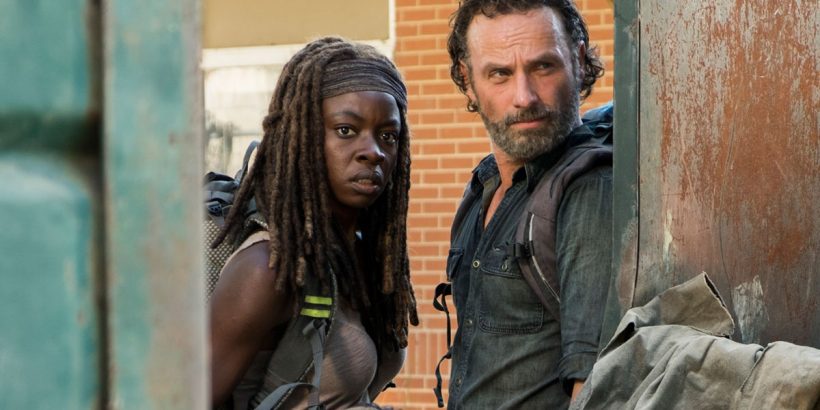 There is very little to say about the episode other than it was chock full of awfulness.  I understand what they are trying to accomplish with adding in these little side episodes focusing on character development.  Guess what, Rick (Andrew Lincoln) and Michonne (Danai Gurira) are already developed, we know what they’re about and we know they are into each other.  We really didn’t need an episode of their lovely date at the fair to establish how they find guns to give to Jadis (Pollyanna McIntosh); I mean really we couldn’t get any better ideas for that storyline?  Perhaps it’s time to look into the writer pool for some better ideas.

As if “The Ballad of Rick and Michonne” wasn’t torturous enough, the writers had to throw in a scene with the infant talking Scavengers.  Every time the dialogue begins with them I want to smash my television.  I am not sure what the writers are intending with the dialect the Scavengers use but again it’s only a few years since the outbreak and to have people lose touch with the English language is just sloppy writing; these are adults, not toddlers who grew up without schooling.  Here’s to hoping there is something else to it. 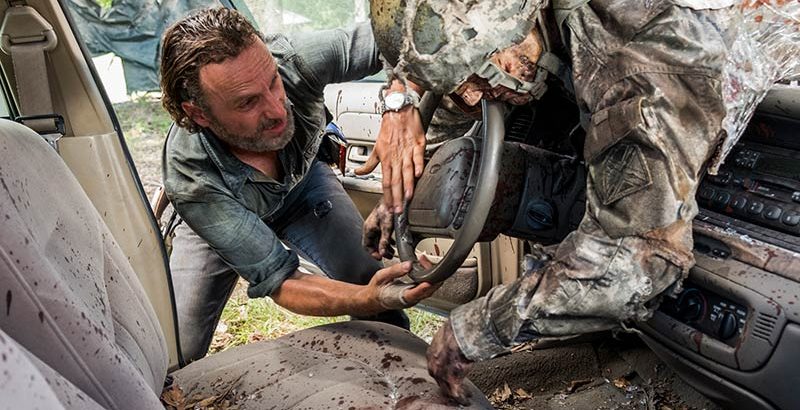 There were also some very uninteresting side stories which included conversations about Tara’s (Alanna Masterson) seashell bracelet between herself and Judith (still more stimulating conversation than we get from the Scavengers).  We also get more of angry Rosita (Christian Serratos) plotting to take Negan out.  She even manages to enlist Sasha (Sonequa Martin-Green) into her cause.  Ok, I like Sasha’s character but with Ms. Martin-Green getting the lead role on the Star Trek: Discovery television show we have to accept that we are likely going to lose her some time over the next few episodes but hey it’s an interesting character so why not kill her off like the show has done to others in the past.  I still have hopes that Cory Hawkins will be re-appearing as Heath but with him being on the new 24 Legacy, it’s unlikely we will see him back.  Why would he want to come back and waste his talents on a show whose writers have become lazy and bored

Another rant: at the fair, is there anyone and I mean anyone out there that the walkers actually got a hold of Rick and were gnawing on him and not the deer?  If you did, please raise your hand because I have a hard time believing anyone bought that.  What a waste of a pseudo-emotional scene with no payoff, because we all know Rick is not going anywhere but hey they established Michonne having real feelings for Rick.  Apparently, none of us realized that before Rick’s Houdini-esque emergence from the box.  Also who will ever forget the toss of the katana from Rick to Michonne much like R2-D2 shooting Luke’s lightsaber to him from Jabba’s barge to the skiff hovering over the hungry Sarlacc in his pit.  Let me remove my tongue from my cheek and apologize to Star Wars for even using that reference. 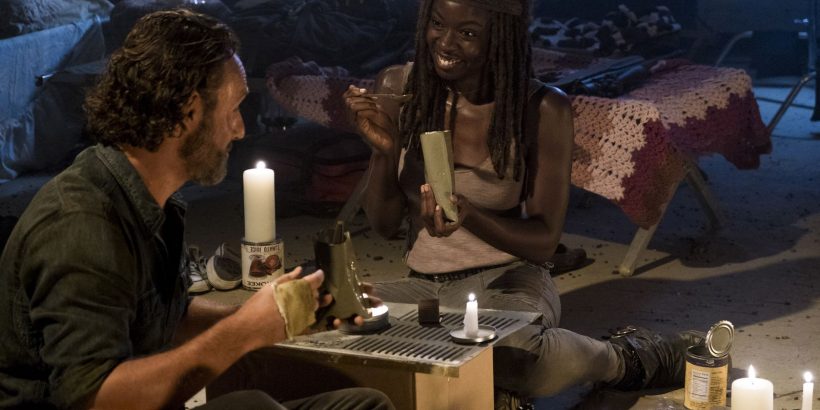 In case you couldn’t catch my emotion from all the caps and sarcasm, this episode actually made me angry at how bad it was.  As of the time of this writing, the viewership numbers have not been updated yet but I’m willing to bet on a downward trend.  The surprising part of this whole thing is that Matt Negrete penned this episode.  I’m guessing he was under the influence of something or really tired when he wrote it.  The preview for next week gives me some hope as it looks as though Carol (Melissa McBride) will be the focal point of the episode along with an angry Ezekiel (Khary Payton)

Grue-Believers, what is the good word? How is everyone enjoying this winter or lack thereof? It is hitting the sixty degree threshold in northeastern Pennsylvania in the middle of February, which is unheard of. I am definitely liking it in a big way. Unfortunately, the same set of feelings cannot be stated for my thoughts […]