Welcome back, Grue-Believers. It’s been a few months since last we talked and what a better time to re-unite than Valentine’s Day! Can you smell the bouquets of flowers in the anticipation of fresh new love in the air? Nah, we’re horror hounds; we anticipate slashers, vamps, zombies, and monsters and prefer the scent of autumn leaves on a crisp October night in Haddonfield with the anticipation of wondering who or what is next. Once again The Walking Dead makes its mid-season premier close to the day that the chubby little dude with his bow takes aim at the hearts of would be lovers. Yet again, we prefer the crossbow of Daryl Dixon (Norman Reedus) taking aim at walker’s head. Let’s get this love (or possible hate) fest under way.

The first half of season seven was good … not great … and that may get me in trouble with some readers but I’m okay with that because guess what … some other people I know hate it and even some have stopped watching. I will say that a good reason to watch the show is to see what the heck Negan (Jeffrey Dean Morgan) is going to do next. Spoiler alert … he didn’t do anything this week; we hear his voice on the radio and that’s the extent of it. This, at least for me, put a damper on the entire episode. Morgan’s portrayal of Negan is what has made season seven as good as it is. He is stellar in his delivery and makes you believe that he will introduce Lucille to someone’s skull at any given moment. That feeling of edge of your seat anticipation was missing from “Rock in the Road.” 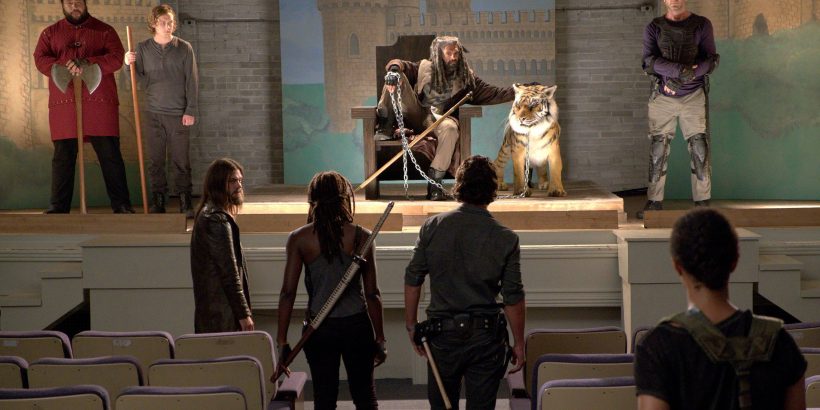 We are beginning to see the shape of all-out war forming. Rick (Andrew Lincoln) and the gang spent the episode trying to coherence the Hilltop and The Kingdom to join them as they mount up to bring the fight to the saviors. One scene I enjoyed (mostly because I cannot stand the character) is when Gregory refuses to join the fight and kicks Rick and the gang out. Xander Berkeley’s portrayal of Gregory as a look out for me, lying, scheming weasel is spot on. I do not like the character, but, boy is he convincing. I was waiting for Rick to just slap him in the jaw.

Thanks to Kung Fu Lou (Thomas Payne), the gang gets the intro to Ezekiel (Khary Payton) and the Kingdom. Okay, this is where I’m going to go off course a little. Does the fact that this whole Kingdom persona not fitting in with a zombie apocalypse bother anyone else? Come on, it’s not England, you are in Georgia and this whole accent and tea and crumpets routine is a square peg in a round hole. Okay, I got that out of my system. 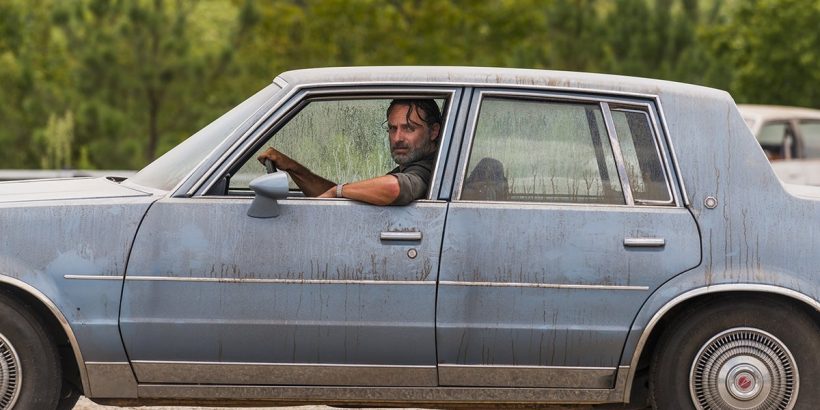 The episode gave way to a reunion between Rick’s gang and Morgan (Lennie James). Morgan is still about trying to save people and believes that they should just capture Negan and everything will be swell. We get a few moments (not enough) of Carol (Melissa McBride) who has gone into solitude and seems to be transforming back to the badass Carol I love.

Another character I love to hate shows up: Simon, who is played by Steven Ogg. Every time he make a snide comment then bares those chick-lets, I just want to knock them down his throat. If you are eliciting that type of response from your audience, kudos to you, your acting classes paid off. The reason he and the gang showed up at Alexandria was to search for Daryl who they discovered missing. Luckily, the gang was prepared thanks to the ninja stealing a long range two way radio. 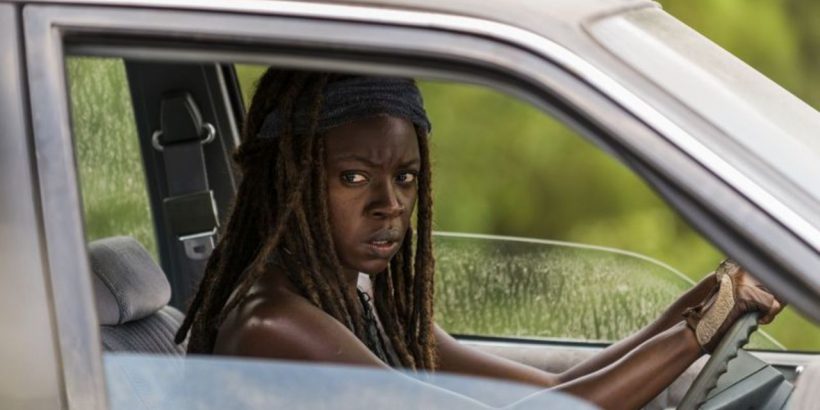 There was little in the way of excitement when the gang was disarming the explosives before the herd of walkers got to them. It was neat to see Rick and Michonne (Danai Gurira) clothesline the herd. I will say my favorite part of the episode was Rick’s smile at the end when they went to meet Gabriel (Seth Gilliam) and found themselves surrounded by a new gang of people bearing serious artillery. That smile spoke volumes in saying “oh, yeah, more recruits for the war”.

As mid-season premieres go, “Rock in the Road” was as its name implies: a barricade in the way to what is hopefully a better episode next week. The episode was penned by Angela Kang and directed by none other than Greg Nicotero. There was nothing wrong with the writing or direction, it just wasn’t for me. As with love is so it is also with The Walking Dead. The heart wants what the heart wants so if you are into happy reunions and little action then you loved this episode but if you are into the craziness that is Negan and the anticipation of All Out War then it was an infield single as opposed to a home-run. Happy Valentine’s Day all, go spend it with the one you love and treat them awesome!

The Walking Dead Season 7  Episode 9  “Rock in the Road”

After a pilot as kickass as El Jefe, one wonders  how  Ash vs. The Evil Dead could keep up that momentum. After all, that pilot for the series was directed and co-written by  Evil Dead  creator Sam Raimi, who has publicly stated that he isn’t as heavily involved in the show at large beyond serving […]

As we all know season 2 of Fear the Walking Dead is leaps and bounds better than season 1; however, that is not saying much. But, in all honesty, I have to say that I am at least half enjoying the season. It is still nowhere near its companion show but as this season is […]