The idea of a highly anticipated LEGO movie seemed so odd a few years ago. The immediate cynicism that comes with making a film based on a toy plagued 2014’s  The LEGO Movie  pretty harshly. Then it came out… and was one of the more celebrated and successful films in recent cinematic history. A key part of that was the inclusion of many LEGO licensed characters, including DC’s iconic hero Batman. Voiced with the type of laughable  arrogance that only Will Arnett with an affable charm, this egomaniacal brick-bro version of The Dark Knight stole the show. However, one could wonder how consistently effective a spin-off film focused around him could be. Lightning rarely strikes twice, especially since producers Phil Lord and Chris Miller (the comedic masterminds behind  The LEGO Movie) were too busy putting together a spin-off film for a different franchise entirely. One could easily see  The LEGO Batman Movie  falling apart faster than a LEGO Batmobile being thrown off a kitchen counter by a nosey cat.

However,  LEGO Batman  elects to keep the wild focus on its titular superhero as a character. Specifically, one in denial. After saving  Gotham City from his rogues gallery, Batman a.k.a Bruce Wayne returns to his lonely life at the Batcave. He’s confronted by his faithful butler Alfred (Ralph Fiennes), who tries to get Batman to face his fears of becoming part of a family to no avail. At a big gala celebrating the new chief of police Barbara Gordon (Rosario Dawson), Bruce Wayne absent mindedly adopts young Dick Grayson (Michael Cera) and faces the concept of a police force wanting to work together with a lone wolf like Batman. Before he can process any of this, The Joker (Zach Galifianakis) and his other rogues crash the party… only to surrender immediately. Both Batman and Barbara are suspicious of this sudden act of nobility from Joker, but Batman is more willing to act viscerally. He plans to put Joker away in a more secure location than the Gotham City Prison: The Phantom Zone. Where all of the greatest criminals (of multiple different franchises) are kept. Unfortunately, that may just be what Joker wants.

The elaborate premise of  LEGO Batman  is definitely meant to be comedic. Yet, it could also just be a fun premise for a DC Comics crossover. More fun that what we’ve gotten from the proper live action universe at least. Thus comes the brilliant “having your cake and eating it too” style of pleasure of  LEGO Batman. There’s the initial pleasure of kinetic craziness that’ll generally appeal to the target audience of children. Then underneath that is an enjoyable DC Comics Universe film that doubles as a scathing satire of its live action counterparts. A refreshing colorful antithesis to the cold and moronic DCEU of grey that we’ve been plagued with. In this  LEGO Batman  world, all of the previous films are considered canon. From the initial Adam West Batman film to that monochromatic borefest where Superman and Batman brooded before fighting each other. Anything is up for grabs. This allows for so many hysterical references and jabs at the history of the character to take place, with no real stone unturned. Hell, this even manages to take the initial premise of  Suicide Squad  and actually do it well.

Much of this is thanks to the wide array of talents providing voices. Arnett, Cera, Fiennes and Dawson make up the major LEGO Batman  family that drives the emotional threads. Cera and Arnett in particular have such an enjoyable chemistry that is carries over some of the charm of their  Arrested Development  days, but transforms into something more emotional.  Zach Galifianakis gives The Joker a jealous lack of self worth against a loner Batman; Doug Benson provides a hilarious Tom Hardy Bane impression with lines about him feeling “warm and fuzzy”; Billy Dee Williams even gets to fulfill the role of Two Face he was denied for so long after 1989’s  Batman. There’s a host of others who pop up in roles that are even beyond the DC Comics catalogue, but the less said about them the better for the hilarious surprises of the third act.

Yet, there’s also an emotional resonance that permeates in  LEGO Batman. One that actually examines how separated Bruce Wayne feels from having a real family. In between silly moments of Batman and Robin trying to sneaking around is a camaraderie that genuinely builds. One that maybe initially marked by Batman exploiting The Boy Wonder, but one that evolves and grows far more genuinely than any film featuring both characters since 1966. Even Barbara Gordon has a far more central and endearing arc here than ever before cinematically. Her determination supplanted against Batman cocksure veracity makes for great tension both comedically and socially. Well, definitely more comedic, but nevertheless appreciated on the latter. It’s the type of relationship that feels refreshing for a big budget superhero outing. Yet, it took one mainly based on a toyline to figure out how to subvert expectations. Hell, the hero/villain relationship between Batman and Joker feels more inherently romantic than the one between Batman and Barbara here. Who would have guessed?! 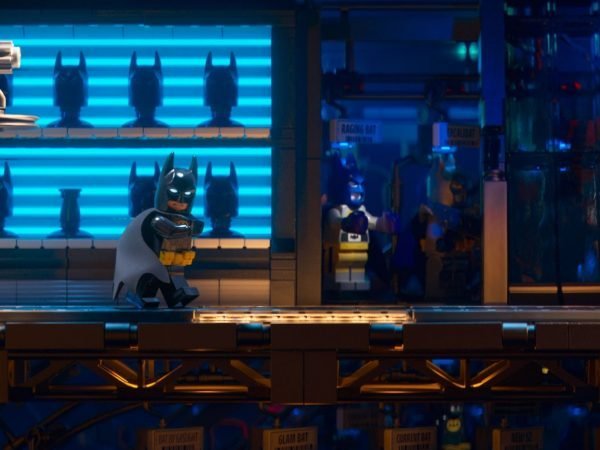 Animation wise,  LEGO Batman  continues the trend of stunningly creative ways to make LEGO figures entertaining to watch move. Just within the first five minutes, The Joker’s movements are seamlessly  fluid, giving far more articulation than anyone would expect for a LEGO figure. Even the physics of the characters results in a funny visual gag, like how Batman puts on his various different outfits by removing different LEGO pieces as if they’re clothes. Or how the characters deal with water made of thousands of small blue LEGO bricks. Even the actions sequences manage to be kinetic experiences with just how these various characters kick and punch at LEGO pieces. It’s a testament to how much director Chris McKay learned from doing Robot Chicken  for so many years. He keeps the computerized recreation of stop motion that  The LEGO Movie  introduced and added the constantly in motion elements all throughout the foreground and background to give the audience an incentive to keep coming.

Overall, this isn’t necessarily as impactful as something like  The LEGO Movie.  The LEGO Batman Movie  does have an emotional crux in the form of Batman learning to accept himself as part of another family. Yet, it’s not a revealing as that live action climax that blew the collective unconscious. Instead, it’s a clever bunch of gags hung together on the endearing premise of an adopted family coming together. Which is nothing to sneeze at. There’s such an enjoyable gleeful childish charm that keeps  The LEGO Batman  Movie  consistently entertaining. However, I could easily see this style growing stale unless these  LEGO  movies actually change things up. In other words, I wouldn’t be as confident about this September’s  LEGO Ninjago  Movie  being as emotional or consistently funny. 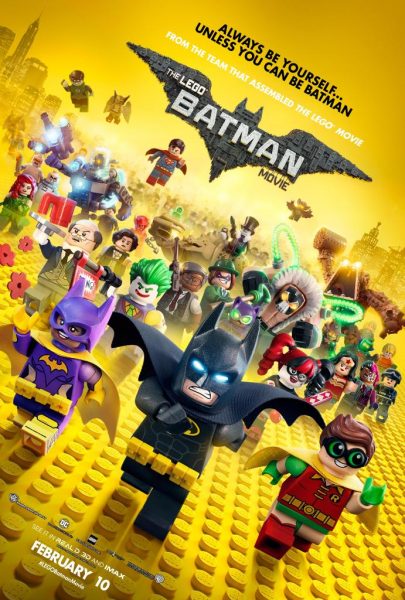 “Toxic Tutu” (2017 – Mad Monster Party): An Enthusiastic Look at the Fandom for The Toxic Avenger and Mark Torgl

It’s an almost true story that started way back in 1984… You don’t have to be a fan of Troma Studio movies to be familiar with their franchise freak, The […]

In this episode of Groovy Gorey Gruesome Gold, Paul Cardullo goes back to the mid-1970s for the Blaxploitation classic J.D.’s Revenge (1976). In the 1940s, gangster J.D. Walker (David McKnight) […]

“Uncaged” (2016): Lycanthropy and Comedy Mix with Uneven But Entertaining Results

Werewolf films can be a tricky beast. Horror film history can count iconic versions on their front paws. Uncaged from director Daniel Robbins is an entertaining but too silly entry […]