Jackie (Julie Benz) is a woman haunted by the loss of her young daughter in director Andrew C. Erin‘s Havenhurst. She’s an alcoholic still struggling with her addiction when she gets drawn into a mystery around the titular  large boarding house after a friend she made in rehab, Danielle  (Danielle Harris) goes missing while staying there. Jackie moves into Havenhurst, unnervingly being given her friend’s old room. She meets and befriends Sarah  (Belle Shouse) as soon as she arrives. Sarah is a young girl who seems to know that something is wrong in Havenhurst even if the somewhat abusive and drunken adults she’s living with seem unaware of it. 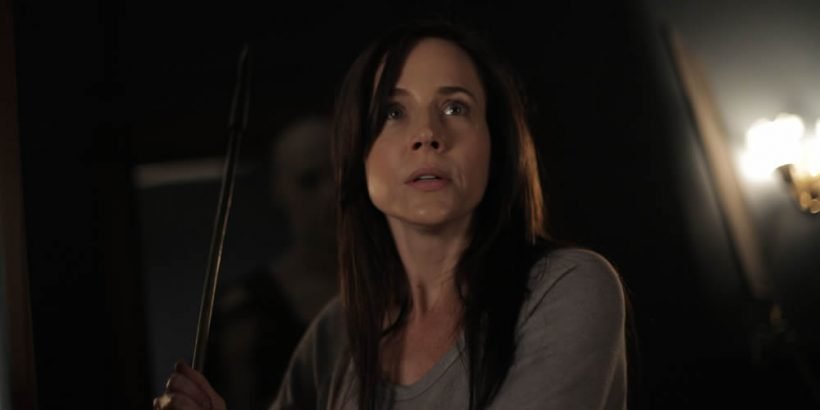 She enlists the help of her police officer friend Tim  (Josh Stamberg) to solve the mystery of what happened to Danielle. More people immediately go missing, even as Tim discovers that people have been disappearing  around there for a very long time. The explanation given by landlord Eleanor  (Fionnula Flanagan) is that those who have broken the one rule in Havenhurst are evicted immediately  . . . but no one who has been evicted is ever seen again.

Then the mystery deepens as Jackie finds some of Danielle’s photos and papers hidden in her old room. Danielle noticed the unusual goings on and began to study them and keep extensive notes. The insides of Havenhurst change. Rooms and hallways seemingly grow smaller or larger, doors appear and disappear over time, and some of the people in Havenhurst are not what they seem to be. 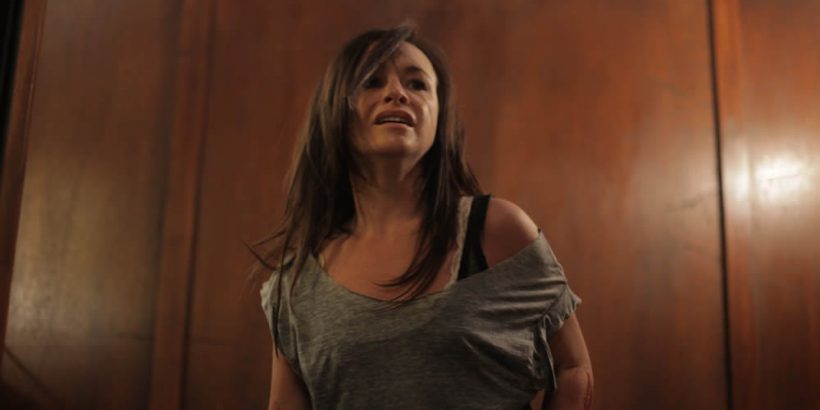 Havenhurst  starts out with a bang as we see our story’s first victim of the house, Danielle, meet her mysterious demise. From there, the film unfolds slowly and attempts to build tension and paranoia not only in the characters, but in the viewers. It first does this seemingly by trying to make us feel that something supernatural is taking place in the building. Everything from Eleanor’s demeanor to the eccentricities of the people and the building itself, to the randomly deserted nature of the building, to the rather pointlessly placed sex scene play out in a manner that feels almost reminiscent of 1977’s The Sentinel. It’s as if the director wanted to create a feeling of disorientated unease in viewers to amp up the later tension and scares. It doesn’t entirely succeed in doing this, but it does it well enough to make one settle in with the anticipation of supernatural events to come that will never actually happen.

Havenhurst  takes a turn around the halfway point into the genre of the serial killer/slasher, and its mystery takes its inspiration from a real life serial killer. It also plays with the modern fear of the encroachment of over-present electronic surveillance and being watched during even one’s most private or intimate moments. It also throws in one visual dash in the tradition of films like The Hills Have Eyes with somewhat mixed results. 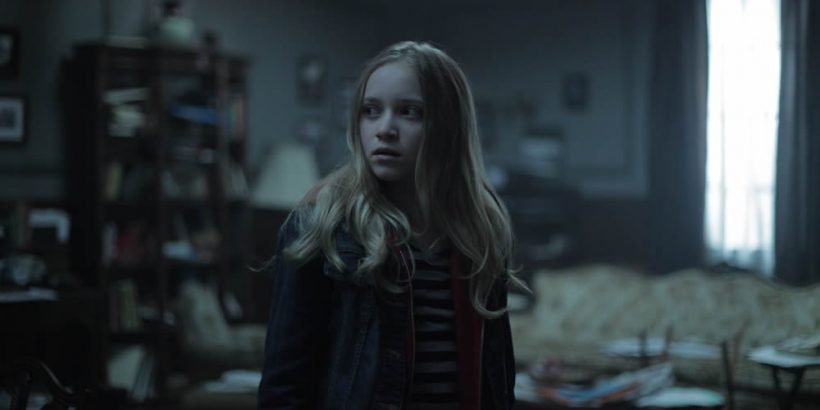 The overall effect is a mixed bag. Havenhurst is  an enjoyable enough film but the second half doesn’t pay off on some of the things the first half seems at first viewing to be leading toward. Also,  the ideas introduced in the middle of the film aren’t fully used  by the end of the film.

Havenhurst‘s strengths are in its atmosphere and Andrew C. Erin’s direction. The film is dark and almost unrelentingly unnerving throughout the first two thirds of the film. Even as you begin to realize that this is going to be a less than supernatural threat, the film plays with visuals and other tricks that make it feel like it could swerve into the supernatural at any given moment. The acting from both the main cast and the supporting players is uniformly good, and in some cases, such as Fionnula Flanagan as Eleanor, exceptional. The ideas the film plays with, from the nature of Havenhurst itself to the ultimate motivation of the film’s villains, work well. 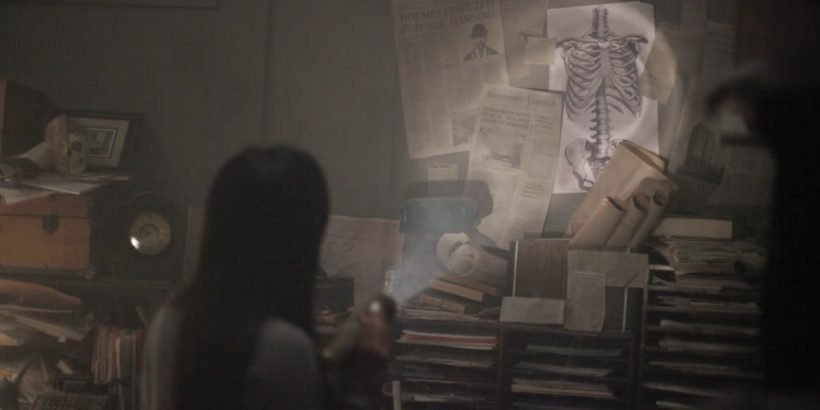 Havenhurst  has a number of smaller failings but the big thing that  hurts it the most is the film’s characters. For the story to work, most of the characters repeatedly come across as doing things that no one in their positions would do, acting far more stupid than they should, and reacting to what’s going on around them in ways that strain credibility. There are also some gaps in logic that jump out in ways that occasionally get in the way while viewing the film. It’s stated or implied multiple times that a large number of people are in Havenhurst and the exterior shots of the building show it to be an enormous building; however, any time people are screaming for their lives, running for their lives, and dying horrible and rather noisy deaths, the only people that seem to be living in the building are the main characters in the film. At no time do you ever see anyone else, and the absence of nosy people during such scenes in what’s supposed to be a building filled with people becomes very noticeable.

Havenhurst is a film that tries very hard to be clever, and it succeeds insofar as being filled with clever ideas. Unfortunately,  it  fails to deliver fully on some of those ideas and it fails to place those clever ideas into a film where they all mesh well and fully make sense as a narrative. It’s not a bad film, it just doesn’t rise to the level of being a truly good film. It’s enjoyable if you’re after a popcorn scare ride with better-than-average acting and directing, but you might have to turn off parts of your brain as you watch. 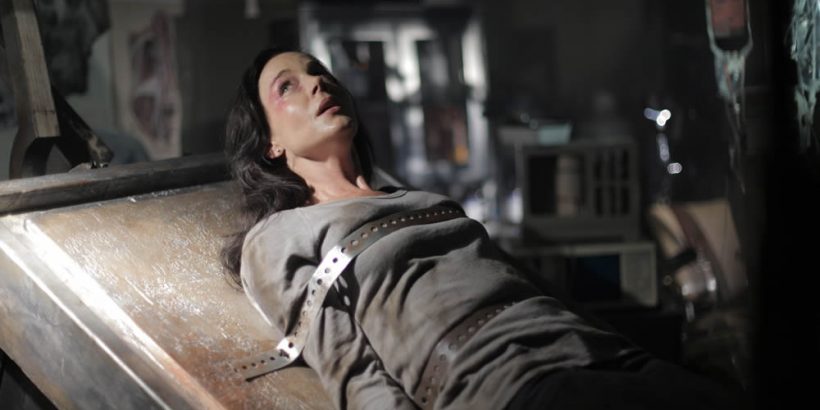 Havenhurst, a film from Protocol Entertainment and Twisted Pictures, directed by Andrew C. Erin from a screenplay that he co-wrote  with Daniel Farrands, ends in such a manner that the door is left open for a second installment. Hopefully, should a second Havenhurst film indeed be coming, the filmmakers will be in a better position to fully realize the promise and potential that exists in this film. 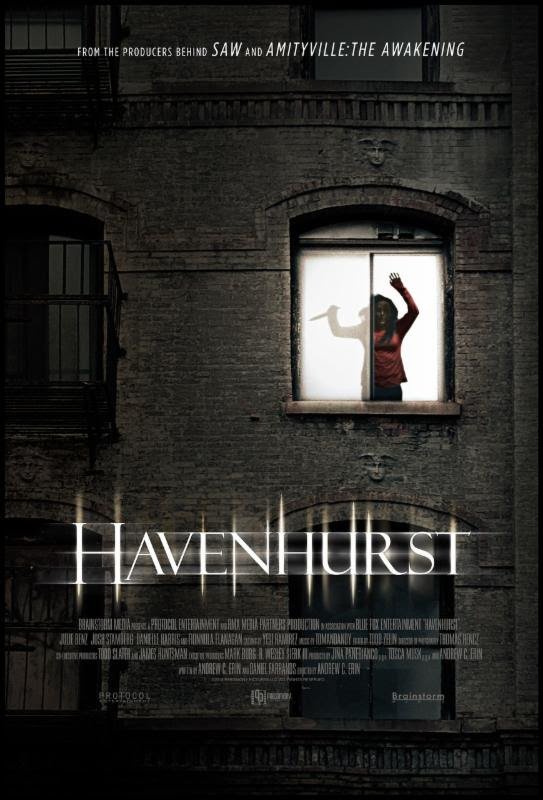 It was recently announced that Shawn Levy would be remaking John Carpenter’s underrated sci-fi romance Starman. In a world where John Carpenter’s more iconic films have already been raked over the coals by the Hollywood remake machine, it’s not a huge surprise that one of his lesser known yet more inherently commercial films would be […]

The story told in writer/director Tom Paton’s Pandorica will be immediately identifiable to anyone who’s ever seen an apocalyptic Sci-Fi film. In a what can only be described as a “Way too much exposition because we have no money” opening scene, we’re informed that once again, the world as we know it, is no more. […]