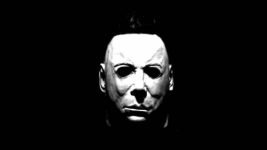 Good old Micheal Myers – he just can’t seem to leave the horror film scene.   Rumors of another chapter in the fan-favorite franchise have been swirling for years with the previous big announcement being that Marcus Dunstan and Patrick Melton were going to grab the knife by the handle and give it a swing.   Well, that idea got the shaft and once again Micheal disappeared into the night.   Then – we hear the Carpenter is returning and going to make the franchise scary again…yea!!!   Then once again, silence.   Until this weekend.

Via Facebook, Mr. Carpenter let fly with the news that Danny McBride and David Gordon Green have signed on for this next franchise retooling.   Here’s what he posted:

“So you say you want a Revolution? You want to shake things up and bring back Halloween and make it rock again? Well so do I.

David Gordon Green and Danny McBride are joining the project to complete the creative team. David and Danny will write the script together and David will direct. I will continue in my executive producer role to consult and offer my advice and feedback as needed. David and Danny both came to my office recently with Jason Blum and shared their vision for the new movie and… WOW. They get it. I think you’re gonna dig it. They blew me away.

I might even do the music. Maybe. It could be kind of cool.”

Of all the people I figured might get called in from the bullpen on this one – Danny McBride and David Gordon Green were nowhere even close to being on my radar – If anyone tries to tell you they seen this one coming, you have my permission to call them a damn liar right to their face.   This is about as leftfield as things come.   Is it a good idea?   How the hell do I know?   McBride and Green’s work has, for the most part not affected my life in no way what so ever.   It’s a generational thing, ya know.   But, my younger – more hip friends assure me that this is a stellar move so – let’s roll with it for a while and see what happens.

Things are going to ramp up quickly as they are looking at an Oct. 19th 2018 release.   Some sources are reporting that this installment is going to pick up right where the original Halloween II left off – ignoring the franchise mythos from that point on.   A move I can definitely endorse.

John Carpenter will executive produce with Blumhouse, Malek Akkad and Green and McBrides  Rough House Pictures all handling the producer end of things.

I’m a big fan of Shout Factory TV – it streams on Pluto TV – and I find myself watching it on a regular basis – if you’ve yet to give the channel a whirl, might I suggest you do so, and no better time then the haunt season as the channel just announced a […]

This week on Indie Infestation Joe and Zane welcomed back Justin live from the MRI machine (you’ll hear why) to chat it up with the critically acclaimed Writer/Director/Producer/Actress Cindy Maples. Cindy is currently making the festival circuit in support of her short film “Ebowla”.   This short film is a must see and soon you […]

They’ve Returned – And This Time They Are Invading – A Trailer Arrives For ‘Attraction 2: Invasion’

Did you ever see Attraction? Yeah – me neither but you know what? After seeing the trailer I’m about to show you – I’m going to be looking that bad boy up. But – the reason for today’s post is to tell you about the fact that Dark Sky Films has just rolled out a […]