Going by the title alone, one might think writer/director Chad Ferrin’s Parasites was going to be a movie about a contagion or something involving actual parasites that possibly eat their hosts from within. Y’know, something suspenseful and gory. Instead, what we’ve got here are metaphorical parasites, not a lot of suspense and some gore.

Parasites tells the story of Marshal Colter (Sean Samuels), a freshman quarterback for the USC Trojans, and his two friends who are heading home late one night and get lost in the seedy underbelly of Los Angeles. After some heavy-handed foreshadowing, a board with a bunch of nails in it flattens the tire of Marshal’s truck and the trio run afoul of a band of homeless people led by Wilco (Robert Miano). Though it’s never stated, it seems like a logical assumption that Wilco and his people run this scam wherein they set this “trap” and then shake down the occupants of whatever vehicle they manage to catch. However, one of Marshal’s friends can’t keep his mouth shut or his disdain for the homeless people in check and things escalate very quickly. Before you can say “Brother, can you spare a dime?” we’ve got a couple of dead bodies and Marshal running buck-naked down one of the LA River drainage canals with Wilco and his people in hot pursuit. 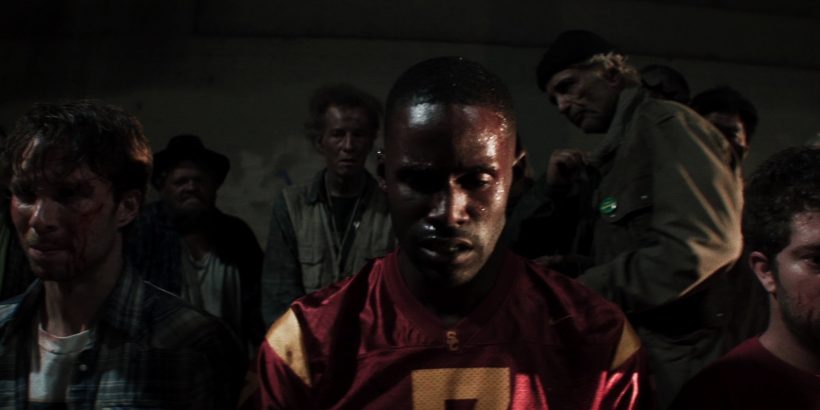 What follows is about 80 minutes of really well-shot scenes of a part of LA that most travel guides don’t mention, and if they do it’s to tell you to avoid them. The lighting is great — it’s dark in the right places, chiefly around corners and the shadows play long and large across the ground and up walls, really giving the area a foreboding look. Brightly lit areas are the only potential safe havens in which Marshal has to go, but those — inevitably — turn out to be short-lived. As for the rest of the movie, well… 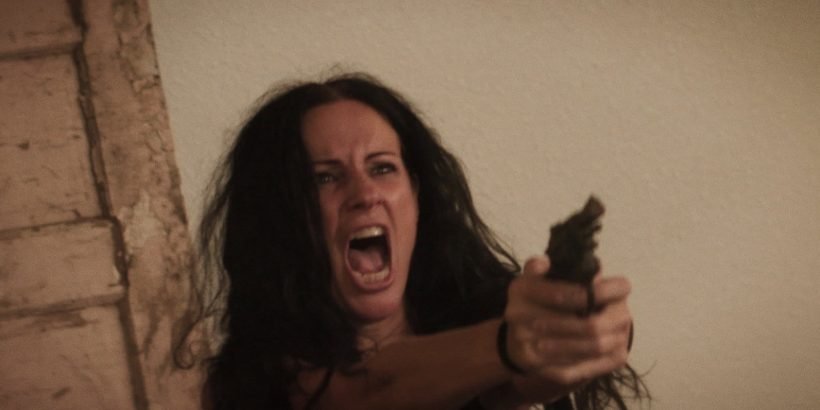 There is a lot of running. There are shots of Marshal running down alleys which are followed by shots of Marshal running down a street. The action then turns towards some shots of Marshal running, before he turns a corner and runs out of view. Rest assured, however, that the subsequent shot is of Marshal running, so any momentary feeling of suspense one might have is alleviated quickly. Seriously, there’s a LOT of running. And that leads to one of the biggest plot holes/cases of sloppy writing in the entire movie; if Marshal is a quarterback for the USC Trojans (albeit a freshman), why is it that he cannot escape a half dozen homeless people who either have bum legs (no pun intended) or are just so out of shape it’s a miracle they’re even running at all? This gaping lack of logic is what really kills any suspense that the film generates as you know that no matter how safe Marshal appears to be, his pursuers are right behind him. 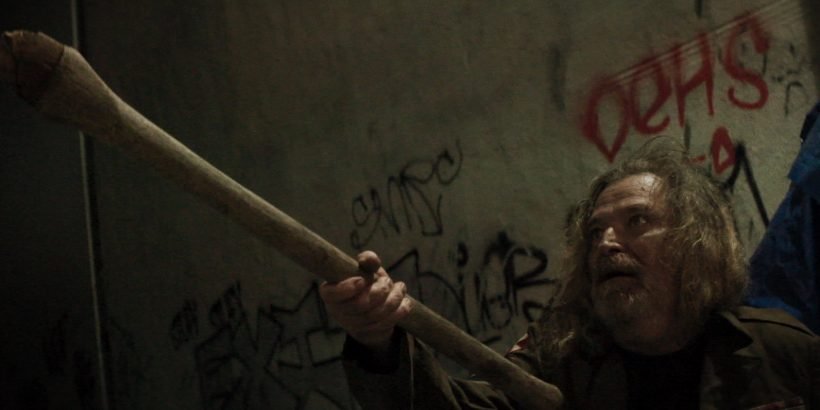 Keeping with the theme of running, there is one hurdle that Ferrin fails to clear and that’s the lack of empathy the viewer has for any of the characters. Do we root for Marshal, even though it was he and his friends that made rude and disparaging remarks about the homeless? Or do we pull for Wilco who, despite going just a hair over the line with his zealousness at trying to prove a point to the well-to-do kids, claims to be looking out for his followers? The only character that is fleshed out enough for us to care about is a secondary character who the kids cross paths with prior to running into Wilco and that Marshal encounters again later in the film. Everyone else is more or less a one-note stereotype, although kudos to both Samuels and Miano who do the best with what they’ve got and at least make their characters somewhat likable.

Obviously nobody sets out to make a bad movie and Ferrin clearly put a lot of heart into Parasites, so maybe it’s because the finished product feels too much like a half-hearted amalgam of discarded Walter Hill and John Carpenter plots that, in the end, it feels like Parasites is something we’ve seen before, just in a better fashion. 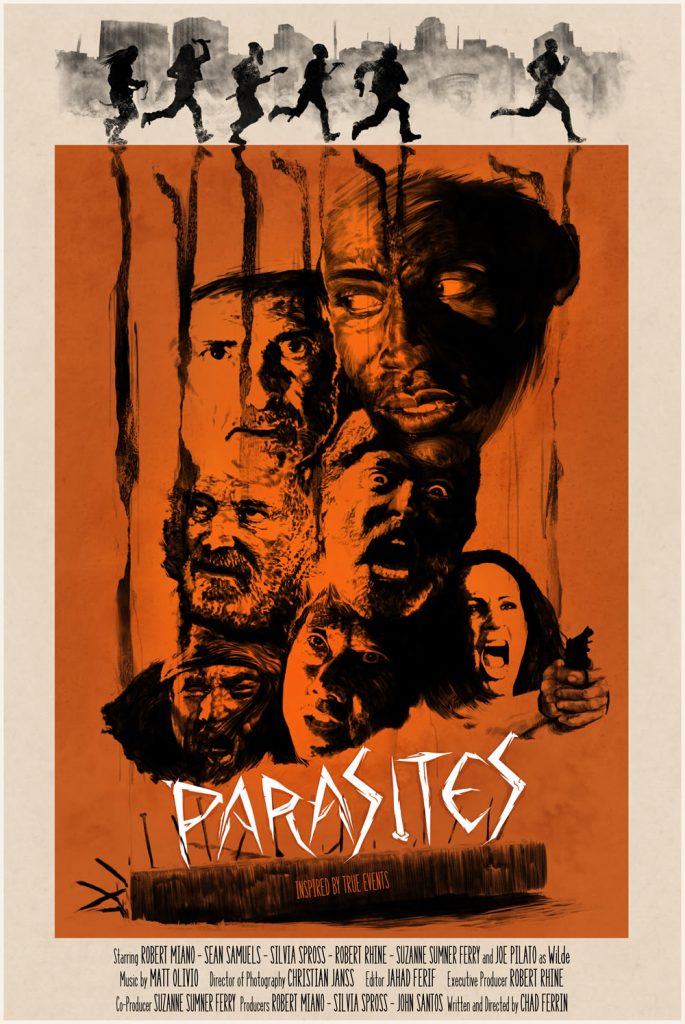 Paul Cardullo welcomes back Doc Rotten to discuss another feature from the recent Fantasia Internation Film Festival. This time it is the Argentina film Dead Man Tells His Own Tale (2017, “El Muerto Cuenta su Historia“). The film is from director Fabian Forte from a script he co-wrote with Nicolas Britos. The cast includes Diego […]

Clowns! They creep me out, man. Love ’em or hate ’em, they’re the “in thing” right now, so it seems. And the latest in this sub-genre, Clowntown, keeps that ball rolling. Director Tom Nagel and writer Jeff Miller quickly set up a scenario where an entire remote town is over run by killer, maniacal clowns […]