You know what we need?   We need a Holiday themed horror flick that is full of food and family and slashings!   It would appear we’re in luck.   Director Adam Marcus is all set to unveil Secret Santa   – here’s all the info:

The holidays are a time for backstabbing and silent, annihilating judgment, but for the Pope family, the time-honored tradition of passive aggressive snark is always masked with a smile. But not this year. April Pope, the family’s golden child, is clean and sober and working her twelve steps. She has a new life and an amazing boyfriend and she’s ready to make amends with her sister, Penny for a horrible prank she pulled on her when they were in high school. April figures her mother Shari’s Christmas Eve party, complete with Secret Santa game, will be the perfect moment for forgiveness. Her gift and act of confession will help heal the tensions of all her loved ones.

But there’s someone else with different idea…

The Pope’s run one of the country’s largest pharmaceutical companies, and someone’s going to give them a taste of their own medicine. Literally. And with a military grade truth serum spiking the holiday punch, anyone who has a cup will lose their mask of civility. And before they know it, saying what they wanted to say turns into doing what they want to do; and the holiday table soon runs red. It’s a Christmas massacre as those who haven’t drank the punch try to control the ones who have. This year, the truth doesn’t hurt, it kills!

Who will make it out alive? And what the hell is that drug? Spend this holiday with a family that slays together.

Here’s all that in trailer form:

Robert Kurtzman handled the FX work on this one and he does know his gore.   High hopes based on that fact alone.

Got some fancy artwork as well! 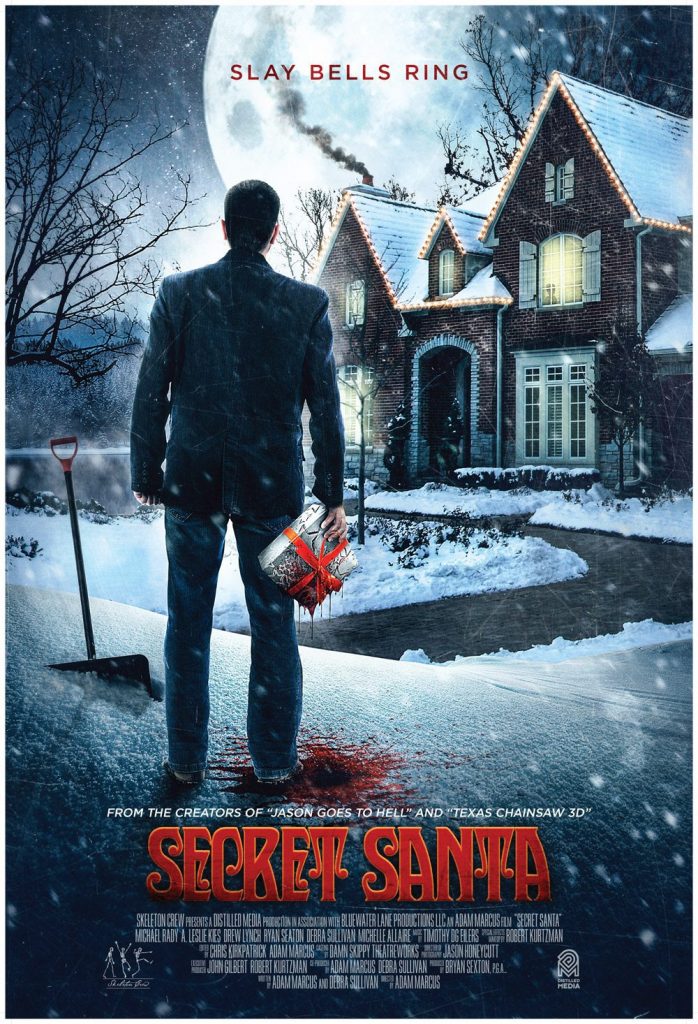 The Final Girls Berlin Film Festival hosts a treasure trove of incredible fear fare for its 7th edition, which is set for February 3-6, 2022 on the big screen and in person, with a worldwide On Demand presentation of most of its scheduled short films. In addition to presenting 7 fine feature films, the fest […]

“The Heretics”: New Film Coming from the Makers of “Bite” And “Bed of the Dead”

The anthology series AMERICAN HORROR STORIES is locked and loaded and ready to hit the Hulu streaming service, via the FX channel in just a few weeks. They dropped a trailer today – and it looks like we might be in for some creepy, spooky viewing. Great to see Alicia Silverstone in the cast – […]