Over the ages, I’ve found that the two surest ways to destroy a friendship are lending friends money, and discussing politics. I’m sad to admit that I’m speaking from experience, but it is what it is. Personally, I rarely discuss politics with anyone, and given the shenanigans going on this year with the presidential election, that ain’t easy to do. But for the record, I’m a registered democrat, and I truly believe that no one has any right to tell a woman what she can/cannot do with her body. I’m bringing this up because the film I’m speaking about in this review is called She Who Must Burn, and it’s about a abortion clinic under siege by a group of religious fanatics, who’ll stop at nothing to impose their beliefs on others who don’t agree with them. 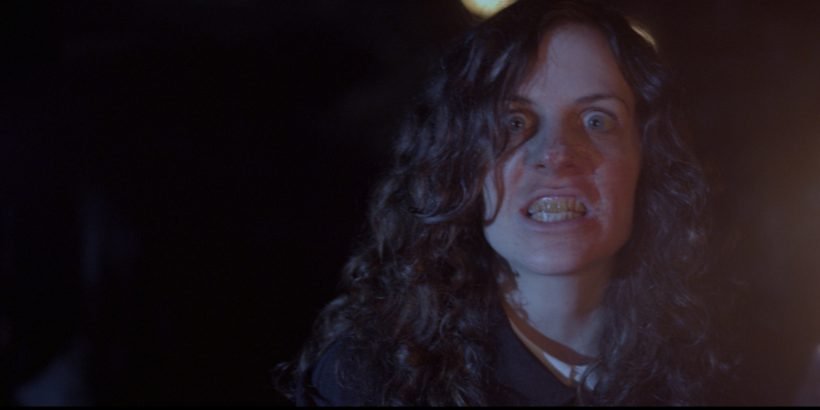 Angela (Sarah Smyth) is a counselor at a planned parenthood clinic who finds herself in a dicey situation when the government pulls its financial support from the clinic. Despite this, Angela keeps the clinic open, determined to help women who come to her for help. Unfortunately, Angela’s determination to keep the operation going only serves to enrage the members of a right wing religious zealots who are determined to shut her down. Angela gets emotional support from her boyfriend, Mac (Andrew Moxham), but the sheriff (Jim Francis) is scared of the members of pastor Jeremiah Baarker’s (Shane Twerdun) church, which include his sister Rebecca (Missy Cross), and her milquetoast husband Caleb (Andrew Dunbar). So very little is done to keep the law and protect Angela from constant harassment from the increasingly emboldened church members. There’s been a spate of miscarriages in the town, and the Baarkers have decided that it’s because god is punishing them for allowing an abortion clinic to continue operating. So they decide that the only course of action is to burn Angela at the stake. 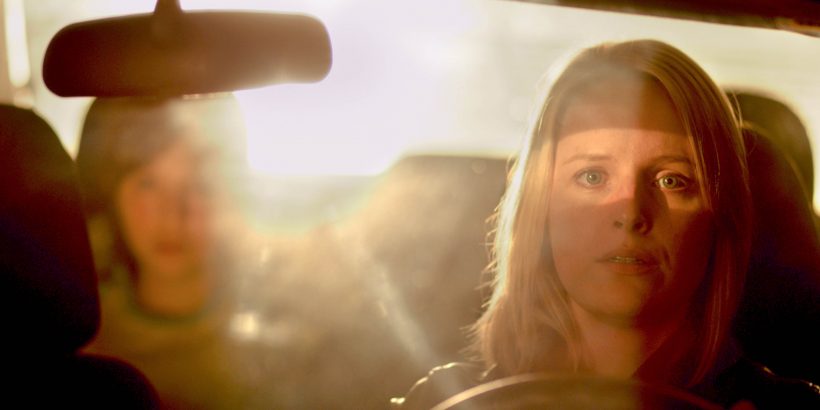 Jeremiah has a personal interest in seeing Angela pay for her “Crimes”, since she helped his wife escape from the town after he beat her for using birth control. But as intimidating as he can be, the truly scary member of the congregation is his sister Rebecca, who goes into a religious frenzy and begins to speak in tongues when she’s angry. Missy Cross does an outstanding job of making Rebecca one of the scariest characters I’ve seen in a film this year. Her dowdy appearance disguises the ferociousness that lays in wait underneath her skin, and when she begins to speak in tongues, with her eyes bulging out of her head, you know there’s going to be trouble. As her husband Caleb, Dunbar gives his character just the right amount of yellow running down his back. You want to feel sorry for him, but at the same time, you can understand why he’s so desperately afraid of both Rebecca and her brother Jeremiah. Twerdun gives Jeremiah varying shades of personality. Sometimes he presents himself as a caring man, who only wants to follow the teachings of the bible to the best of his ability. But he’s also a conniving charlatan who knows that he has the denizens of the town under his thumb. Unafraid of the law, Jeremiah does as he pleases, and when Angela dares to question his authority, he feels that he’s only doing what god wants him to (Although it’s Rebecca who comes up with the idea of burning Angela at the stake). 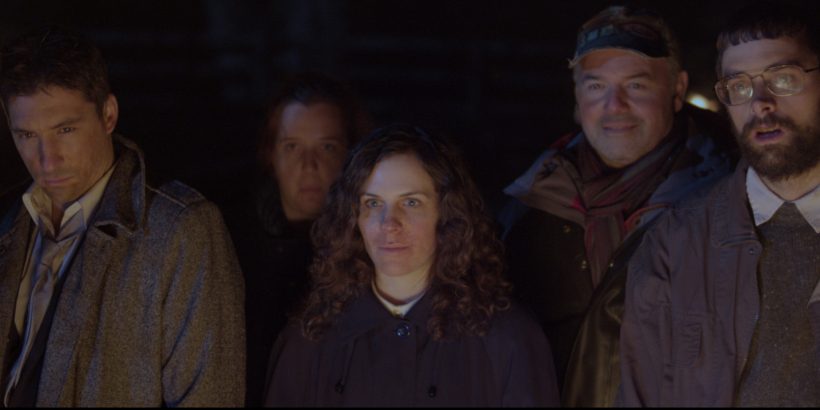 She Who Must Burn is a fine example of a horror film disguised as a drama, a wolf in sheep’s clothes if you will. But horror, true horror, can be found in every genre, one only has to peel away the layers that cover it up. Writer/Director Larry Kent (The script was co-written with Twerdun) does an amazing job of keeping the proceedings simmering until the finale, which is both horrific and a bit ridiculous. No mention is made of exactly where all this is taking place, but it seems to be somewhere down South, and although the setting seems to be modern, no cell phones or other modern conveniences are evident. So the audience isn’t exactly sure when/where the story is taking place. But this works for the film, as I found myself completely riveted by the story, and the performances. Kent uses a handheld camera for a lot of the film, and that helps to add a sense of intimacy to the film. There were scenes during which I felt like a fly on the wall, seeing/listening to conversations that I wasn’t supposed to be a part of. Kent occasionally inserts scenes of the beautiful landscapes that surround the town, as if to emphasize the idea that this small town is surrounded by a beauty that hides the ugliness that permeates it. 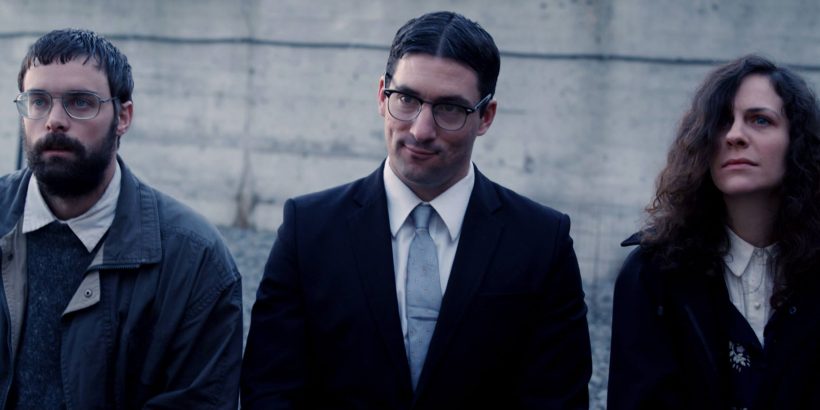 She Who Must Burn is the kind of film that creates debate, and that’s exactly what Kent is after. It’s also an unremittingly ugly film, one that doesn’t feel the need to sugar coat the proceedings with a precocious kid, or humor of any kind. Kent isn’t interested in neat, tidy endings, and the ending here is about as disturbing and in your face as any film I’ve ever seen. He wants to shine a light on the intolerance and religious fanaticism that exists not only here, but all over the world. And he does so in a deliberate and horrifying manner. As I said earlier, horror can be found in all genres, and while She Who Must Burn doesn’t seem to be a horror film at first, it’s actually one of the most horrifying films I’ve seen this year. It’s a slow burn, and it won’t appeal to everyone, but if you’re in the mood for a film that will surprise you with its potency, and horrify you with its message – then you must see this one.

She Who Must Burn

“The Witch Who Came from the Sea” (1976): Psychological Drama in a Grindhouse Wrapper

At first glance, 1976’s The Witch Who Came from the Sea looks to be a standard low-budget exploitation film of the era, replete with bloody violence, genital mutilations, and gratuitous nudity, but do not dismiss it so quickly. Screenwriter Scott Thom and director Matt Cimber have put together a film that deals with the lingering […]

In horror, it is often stated that what is implied is more frightening than what can be seen explicitly. Writer/director Nicolas Pesce embraces this philosophy in his directorial debut The Eyes of My Mother which is playing as part of the 2016 Fantasia International Film Festival in Montreal, Canada. Pesce presents the tale of a […]

Blood Punch earned the #3 spot on my list of the top 10 horror films for 2015. It circulated through festivals for over a year and won several festival awards, including best film, best director, and best cinematography. Even so, it’s a tough film for me to review. Part of me wants to expound in […]