Tim Burton is probably the most mainstream example of an auteur.  Spielberg and Tarantino’s stylistic choices may be recognizable to mass audiences, but they haven’t reached quite the level of exposure that Burton has. Every time a person sees black and white stripes, they think Tim Burton. Every time they see elaborate circus style imagery, they recognize Tim Burton. Hell, every time a person walks by a Hot Topic,  they have Tim Burton rush into their minds. All of this is deservedly so, both in a positive and negative fashion. Burton’s over exposure has been made abundantly clear, especially since many of his recent films either rely too heavily on his usual imagery (Alice In Wonderland) or abandon it all to the point of seeming bland (Big Eyes). Now with his latest film  Miss Peregrine’s Home For Peculiar Children, Burton is  going back to the style people loved him for, though with more of a balance in pastels in contrast to gray  colors that recalls Big Fish, arguably his  last great film. However, unlike the cleverly crafted fairy tale commentary of John August, Burton’s execution of Jane Goldman’s adaptation of Ransom Riggs’ book slowly gets itself far too concerned with explaining details.

Our journey to the titular children’s home starts with Jake Portman (Asa Butterfield), a young man raised in the least imaginative place on Earth: Florida. His only escape from the mundane throughout his childhood was his grandfather Abraham (Terence Stamp) who told him fantastical stories of his days as a youth at  Miss Peregrine’s  on a remote island in Wales.  There, each child has a special ability called a “peculiarity,” whether it be invisibility, flight via floating or superhuman strength amongst other things. One night, Abraham visits his grandfather only to find his house broken into and his eyeless body lying in the woods outside. As Jake deals with the loss of his grandpa, his psychiatrist Dr. Golan (Allison Janey) suggests he and his obliviously boring bird watcher father (Chris O’Dowd) visit this home for the sake of closure. Jake discovers that the house was destroyed in a bombing during World War II, but upon visiting the site notices a few… peculiar children running around. These children lead him through a cave to an endless loop in time, where Miss Peregrine (Eva Green) and her children have lived September 3rd 1943 for decades, resetting everyday before the bombs drop on their home. However, this loop can’t stop mysterious creatures lead by Mr. Baron (Samuel L. Jackson) who are out to consume the children for their own gain. 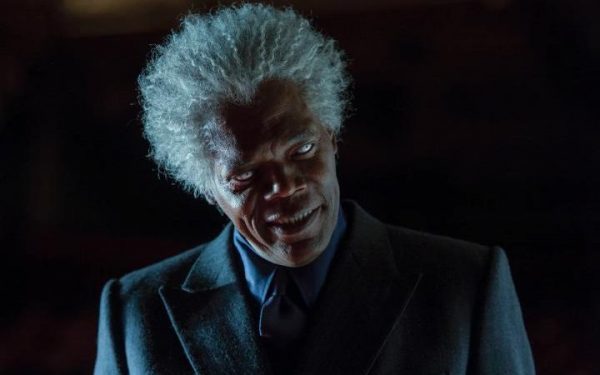 So if that sounded over convoluted, you haven’t heard the half of it.  Miss Peregrine’s  spends so much time  attempting to justify the various nonsensical plot terms with contradictory exposition. We’re given the parameters of this world, then fed some thin excuse as to why those parameters haven’t fallen that never feels human or real. A big part of this story is the idea of these “loops” that these Peculiars live in, such as the one built around September 3rd 1943. Initially, it seems like a sci-fi metaphor for Miss Peregrine being over protective by  preserving these children’s innocence without having them face the true consequences of venturing out into the world. They even establish that these children can’t be in our modern time too long or else the 73 years will immediately catch up to them. That’s all fine and good… except we initially saw these kids get Jake out of 2016. Plus, they have an elaborate fight sequence against our villains in 2016. Yet  none of them show any signs of aging, like a flower Jake brings back with him that disintegrates within hours.

The story plays so loosely with its rules that the stakes really don’t matter. Even the powers of these various Peculiars have are so loose that some of the ones revealed during the climax would have clearly come in handy at any previous point. There’s not much interest in logical progression in  Miss Peregrine’s, yet a solid 60% of the dialogue throughout is exposition. It’s a logical conundrum that bogs down the potential fun of these characters. Then again, these  kids aren’t really characters. They’re sight gags and plot devices without much of any personality. The few points of character are flimsy, including budding attractions between Butterfield and Ella Purnell are just stagnated by constant exposition. With earlier Burton films, there were simple yet elegant stories of outcasts trying to find  their place  that endeared us to these strange scenarios. Here, the audience surrogate outcast Jake is kind of an annoying prick who reads through people’s mail, leaves obvious tracks to danger behind him and ignores his  potential until the story needs him not to. 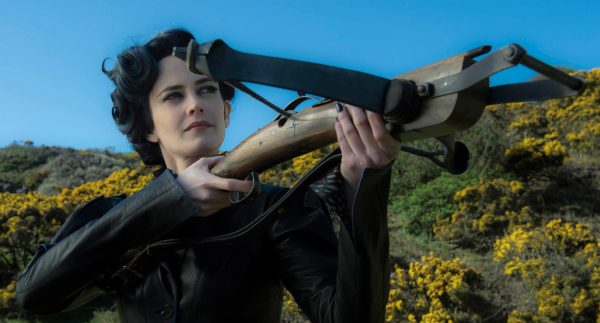 Aside from Asa Butterfield being wasted, most of the other players have fun with their limited roles in  Miss Peregrine’s. With the titular head mistress, Eva Green is as delightfully quirky as she usually is. Much like her turn in one of Burton’s weakest efforts  Dark Shadows, Green gives her quirks an authenticity, particularly when she interacts with these children. Green almost has this darkly twisted Mary Poppins style presence to her, showing a solid mixture of control and emotional resonance throughout. Samuel L. Jackson also gives an oddly endearing performance as the monstrous villain Mr. Baron. While not a very fleshed out role thanks to monotonous exposition, Jackson makes the most of every second as he mean mugs through his fake fangs and white eyes with unparalleled glee. This is in decent contrast to the child actors  that populate  throughout Miss Peregrine’s home, who oscillate between morose and endearing constantly. Ella Purnell is the stand out amongst them, showing a sense of regret that believably advances beyond her years that fits a girl who’s lived decades worth of a life in a young body. 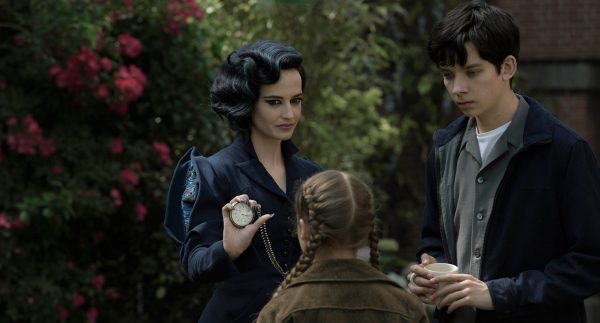 Still, the consistent trouble here beyond the exposition heavy script truly is Tim Burton. His style of coldly depicting the normal world in contrast to the pastels of the loop doesn’t make up for thin characterization. Instead of the imaginative sequences that made films like  Beetlejuice  or  Edward Scissorhands  memorable for how they took from older horror and sci-fi films,  Miss Peregrine’s Home For Peculiar Children  is full of rather stifled examples of Burton clumsily integrating modern influences. There’s a giant fight sequence during the climax between the Hollowgasts – Slenderman style tentacled creatures – and these skeletons brought to life by one of the students that’s executed in a stunningly poor fashion. It’s even set to modern EDM style music, showing the  lack of a Danny Elfman score. It’s a shame because there are a few moments where Burton’s charms come to life, like a fight between two warped baby dolls that looks to be stop motion. It’s an isolated moment of gothic joy, before the assault of exposition and techno babble drowns out much of the charm. This isn’t the worst of Burton’s recent disappointment wave. After all,  Alice in Wonderland  and  Planet of the Apes  ’01 still exist. Yet, it still doesn’t make much of an impression beyond a deflated sigh of confusion and disappointment that we’ve become used to. Maybe Tim’s just going through separation anxiety from his boy Johnny Depp? Hopefully, he doesn’t force Eva Green to wear elaborate scarves, hats and goatees in his next film to compensate.

You know what is more disjointed and contorted than a freak show contortionist at a circus? Live-Evil, this movie, that’s what. I honestly believe writer/director Ari Kirschenbaum has a hell of a story going on…in his own mind. Unfortunately, he never effectively conveyed this story from his mind/paper to film. I liken Live-Evil to some […]

Star Trek  isn’t an action heavy property. In its initial form of The Original Series, Star Trek  existed as more of an excuse for exploring new territories. The intrepid crew of The Starship Enterprise was there to talk to other species, only using lethal force when necessary. Even when the franchise went cinematic with 1979’s […]

The latest entry in the folk horror/religious cult subgenres of cinema is the Canadian offering The Family (2021) and it is a dark film, indeed. It offers top-notch acting and a heavy sense of dread from the opening scenes, but unfortunately recalls films — one in particular that I won’t spoil here — that have […]