Our future depends upon not only the cards that Fate deals us, but also upon how we play the hand that we are dealt. If the same people were swap hands, would the outcome be different? That is the premise behind the German crime thriller A Different Set of Cards (GenreBlast 2016), which played at the inaugural GenreBlast Film Festival in Culpeper, Virginia the weekend of 2016 August 19-21. Writer/director Falko Jakobs crafts as intriguing tale of a drug deal gone wrong. The fates of a salesman, an accomplice, a buyer (the “unknown”), and a cop all cross in a deserted warehouse. But what if each character had been placed in a different role by Fate, how would it turn out? The film has an intriguing structure, playing through the scenario multiple times, with the characters in different roles each round. The cast does an excellent job, making it easy to feel these are the same characters, just in different places due to the whims of Fate. Beautifully and dynamically shot, Jakobs and his steadicam operator Raoul Henri do a great job keeping the film flowing and visually interesting. Currently making the festival rounds, this is a film well worth seeking out.

The basic setup is simple. The Salesman (Tim Olrik StÃ¶neberg) has come to an abandoned warehouse to sell a briefcase full of drugs to The Unknown (Jutta Dolle). Waiting in the car outside is Ben, The Accomplice (Adrian Linke) of The Salesman, there to intervene if things do not go as planned. Unbeknownst to the three of them, The Cop ( Guido Grollmann) has gotten wind of the deal and is hiding in the warehouse, ready to make the bust. Suffice it to say, things do not go as any of them have planned. Framing this basic setup is narration by Ben. He presents the situation as if it were a poker game that the four of them are playing and these are the roles/hands that Fate has dealt each of them. After the initial runthrough of the story, Ben muses that if each of them were dealt different hands, perhaps the outcome would be different. At this, the scenario is run through again, but this time, each of the characters is in a different role. The actors are the same characters, it is just that the characters themselves change roles in the story. For example, the former Accomplice is now The Cop, the Salesman is The Unknown, etc. Each time the scenario is played out with the characters being dealt a different set of cards. In the end, what will they do with the cards that Fate hands them?

It may seem that this structure, of replaying the same story while the characters change roles, would run the risk of coming across as gimmicky, but this is not the case. The unusual structure is actually central to the theme of the story, and is not just a simple cinematic device. Neither is it a science fiction nor metaphysical conceit. Instead, it makes complete sense within the film and how it is framed. Whereas films like Run Lola Run and Sliding Doors present their similar devices as either metaphysical or “what if” scenarios, the alternate “takes” in A Different Set of Cards have a different, and arguably more natural, purpose. The card game interstitial segments, which at first seem like they would over-explain things, work better than expected. What could otherwise come across as the filmmakers spoon-feeding the audience comes across more like a natural inner monologue of the narrator Ben. In the end, these segments are central to the story that the filmmakers are trying to tell, with form following function and not just existing for the sake of style.

The success of a film with such a structure is highly dependant upon the skill of the actors involved. They have to be able to convince the audience that these are indeed the same characters, but just in different roles. The small cast of A Different Set of Cards does an excellent job doing just this. They maintain character across each of the scenarios and even in the essentially silent card game interstitial segments. Each of the actors have relatively short IMDB entries, with most of their credits being on German television, though they each do have fairly substantial stage experience. This said, they all have great screen presence that one usually associates with bigger name stars. I would not be surprised to see most of them go on to more extensive screen careers if they so desired. Adrian Linke (Ben, the narrator) comes across as the strongest of the an exceptional group, though this may be because the audience is provided access to his character’s inner monologue.

In spite of its rather small budget, A Different Set of Cards looks like a much more expensive film. Writer/director Jakobs shares cinematography duties with his steadicam operator Raoul Henri, and the two of them give the film a rich and dynamic look. Aside from a couple of quick scenes in a vehicle, the majority of the action is split between the warehouse and the interstitial card game. The filmmakers shoot the card game segments in medium close-ups, centering on the characters, their “poker faces”, and their wagers. In spite of the close quarters, those sequences still have a dynamic feel, with the camera smoothly panning between the players. The filmmakers shoot the warehouse sequences with a more open camera, but also maintaining the dynamic, fluid movement. The steadicam work is remarkable, but also is used in such a way as to not draw attention to itself. Instead, it is almost as if the audience is a fifth participant in the scene. This is not say that it feels like a “first person” or found footage film; instead, it is that the camera is dynamic and places the audience right in with the action.

A Different Set of Cards is an excellent and noteworthycrime thriller from German writer/director Falko Jakobs. By employing the unusual framing technique of swapping character roles, Jakobs takes what is a simple “drug deal gone wrong” scenario and spins it into an engaging commentary on the interaction of Fate and Choice within our lives. The small cast does a great job of maintaining and building characters between the different scenarios played out. It is easy to visualize these as the same set of people just dealt different roles by Fate. The filmmakers give the film a rich and dynamic look that provides visual interest in spite of the majority of action taking place in one location. A Different Set of Cards is a fine example of the creative use of technique to not only add interest to a film, but to also compliment the central themes presented. I highly recommend catching this film, and I hope to see it get a wider release after it finishes the festival rounds.

A Different Set of Cards 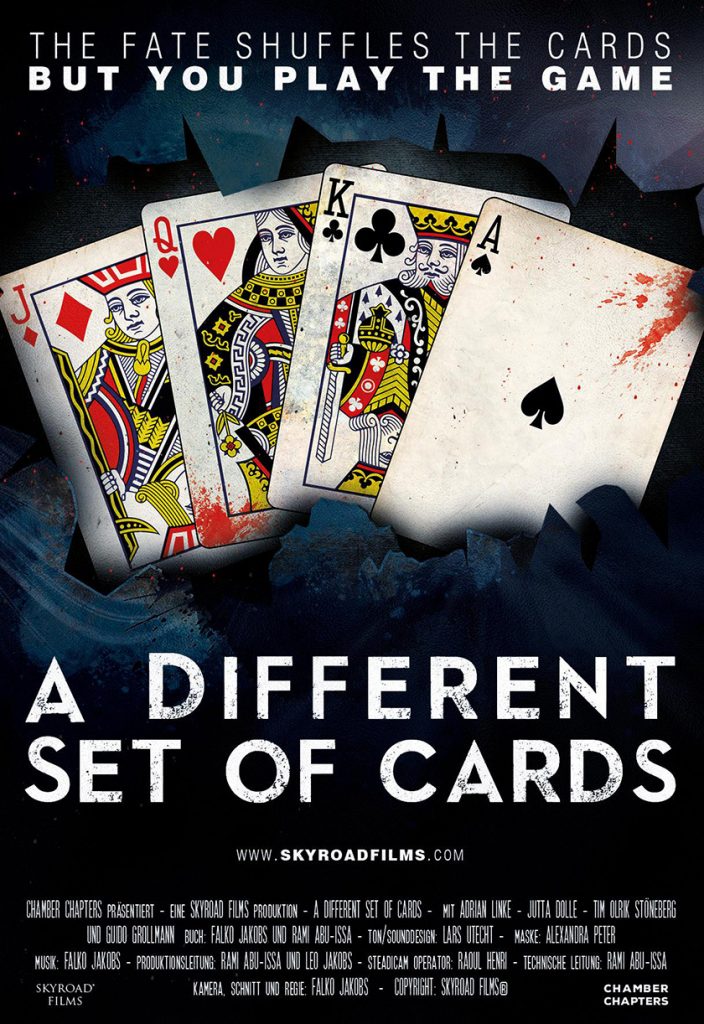 “The Haunting of Alice D” (2016) : A satisfying mashup of an old-school haunted house with modern low-budget horror

In The Haunting of Alice D, the modern descendant of a 19th century brothel owner celebrates the renovation of the building by throwing a wild party, complete with prostitutes and […]