Filmed in 1989 and released in 1990, producer Nico Mastorakis’ Hired to Kill comes in at the tail end of the late 1980’s action b-picture cycle and provides a fun capstone to the genre. Frank Ryan (Brian Thompson) is an ex-CIA operative recruited to lead a group of female mercenaries on a mission to a South American country, all the while posing as a famous fashion designer and his team of models. It has all of the hallmarks of the genre: bathing suit-clad female killers, well-muscled male leads, exotic locations, older celebrity cameos, and stuntmen who excel at doing backflips off of guard towers when “shot”. The filmmakers strike a nice balance of not taking themselves too seriously without slipping into self-aware parody. Their goal is to provide a fun and mindless action flick, and they succeed.

Frank Ryan is an ex-CIA operative with a bit of a rough past. He is recruited by Mr. Thomas (George Kennedy), a member of a secret non-governmental organization that represents powerful interests. They want Ryan to go to the South American country of Cypra to free rebel leader 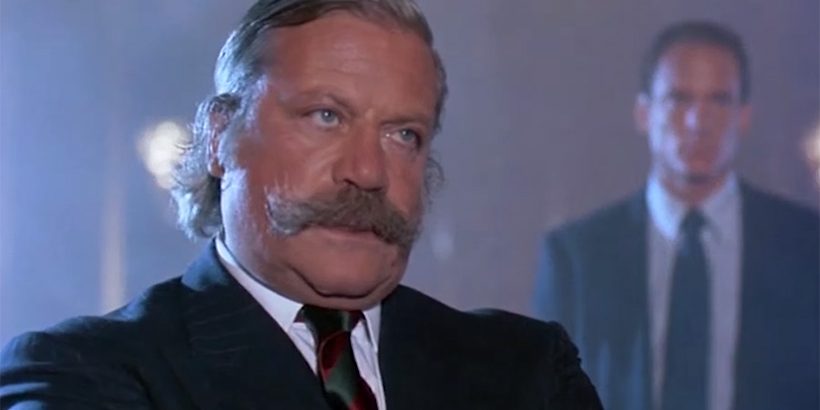 Rallis (JosÃ© Ferrer), who is being held captive by the country’s leader Michael Bartos (Oliver Reed). Reunited with his former partner Sheila Rogers (Barbara Niven), they assemble a team of six women consisting of assassins, former spies, demolitions experts, etc. The team go undercover as famous fashion designer Cecil Thornton, his photographer Dahlia (Jude Mussetter), and his team of fashion models. In Cypra, they are the guests of Bartos, who adds a complication to their plans  by insisting they include his lover Ana (Michelle Moffett) join them as another member of their fashion troupe. As the team has photo shoots around Cypra, their attempts to find the location of the rebel leader are complicated by the possibility of a traitor in their midst. Loyalties are revealed and much gunfire is exchanged as the film climaxes with a daring rescue from a clifftop fortress.

One of the main features of the action films of this era is the presence of an attractive cast, and Hired to Kill shows its age when it comes to sensibilities regarding the objectification of women. The main team is quite attractive, showcasing their late-80’s haircuts and fashions. Even when doing military training, they are in tank tops and without bras. Though it revels in Maxim-level cheesecake, the nudity is kept to a bare minimum,  which is surprising and refreshing for a film of this genre. There is equal time for those that prefer their eye candy to be beefcake, too. Brian Thompson spends quite a bit of the film shirtless himself, showing off physique. The male revolutionaries provide additional visual interest for those that prefer that, as they mount their final attack with their shirts wide open. The actors and actresses are not the only good looking things on display; the locations are quite beautiful as well. The locations stretch from the quiet, pastoral mountains to a cliff top fort. There is an effective set piece that takes place in underground caverns, where a fashion photo shoot turns into a firefight. The variety of locations give the film almost an epic feel, with the Greek graffiti and signs being the only giveaways that Greece fills in for the South American nation of Cypra. 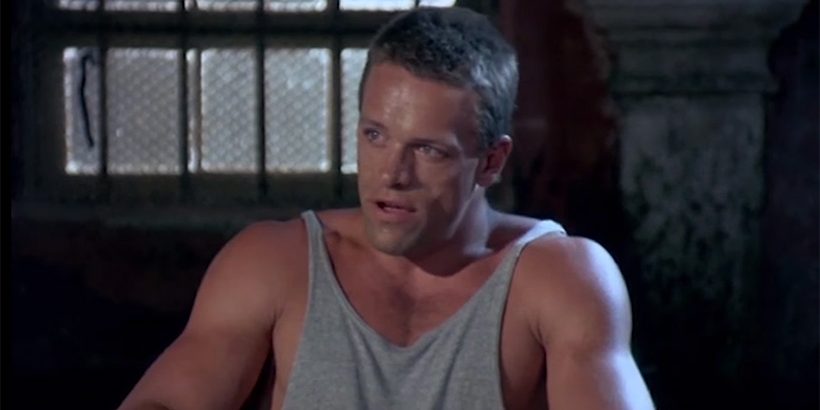 With a plot involving an elite tactical team going undercover as fashion models, an overly serious tone would be deadly. Nico Mastorakis, who co-wrote Hired to Kill with Fred Perry and Kirk Ellis, also takes on the majority of directing duties from the original director Peter Rader, who left early in production. Mastorakis lets his actors have fun without having the film tip into self-parody. The cast do indeed play the film straight, yet they keep enough of a twinkle in their eyes that you know they are not taking things too seriously. While I would not say that any of the characters are the most three dimensional ever written, they are at least given distinct, though somewhat cartoonish, personalities. This makes it more fun for the actors and that enjoyment spills over into fun for the audience. The actors are clearly having a ball. They put their hearts into it, but you know they are fully aware just how goofy (in a good way) the proceedings are.

Joining the main cast are three veteran actors, George Kennedy, Oliver Reed, and JosÃ© Ferrer. George Kennedy’s plays the rich and powerful Mr. Thomas with a nice air of mystery about him. While he may be Ryan’s employer, one gets the feeling that he would have no compunction about “silencing” Ryan if things get out of hand. Kennedy puts in his usual solid performance in the few scenes in which he appears. Oliver Reed has a more significant role as the dictator Bartos. You can feel the instability of his character, who wavers between welcoming and menacing. One never quite knows which way Reed’s Bartos will tip in each scene. Reed’s performance is a bit hammy, but it works for the character and for the film. JosÃ© Ferrer, as the rebel leader Rallis, only appears briefly, and he seems to be sleepwalking through most of his scenes, with one exception. He has a brief but heartfelt and effective monologue when the team finally finds him. It is a pivotal scene, and Ferrer delivers when needed. 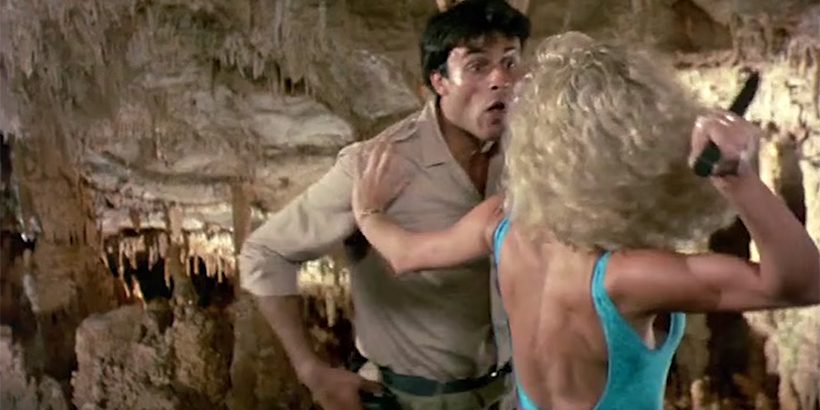 Is Hired to Kill a good film? Let us just say that is a good example of the late-1980’s action b-movie. With its attractive cast, gorgeous locations, and not-too-serious manner, Hired to Kill is decidedly fun to watch. Will you remember much of it after it is over? Probably not, but it is an entertaining trifle and enjoyable example of action films of its era.

After destroying and uniting Southeast Asian tribes to create the Mongol Empire, feared warrior Genghis Khan finds himself on a metaphysical quest during the final days of his life in director Kerry Yang’s magnificent science-fiction fantasy short film Genghis Khan Conquers the Moon. This gorgeous, ambitious short packs an unbelievable amount of scope and technical […]

Foxwood: Blind Date Turns into a Night of Terror

Blind dates are perfect fodder for horror films, and the short Foxwood takes that notion to highly entertaining levels. Claire (Kalen Marie George) and Nick (cowriter/codirector Ian Hock) meet in person at a bar after some online introductions. After Claire reluctantly accepts a drink after Nick insists, they take a for-hire van to her rather […]

Doc Rotten reins in another found footage film for Gruesome Magazine, this time from our good friends a POV Horror and Found Footage Files. The film is called The Last Witch (2017) from director  Carlos AlmÃ³n MuÃ±oz. Following a trio of friends investigating a local legend about a witch that was killed along with her […]