The early 1970s saw a rise in the general public’s interest in parapsychology and the investigation of the occult. Organizations dedicated to the scientific and pseudo-scientific study of supernatural phenomena were increasingly popular. The film industry was quick to cater to this interest with a number of films that presented the “scientific” handling of paranormal incidents. Director Robert Allen Schnitzer’s The Premonition (1976) takes this almost clinical approach, presenting a tale of motherly ESP almost as if it were a medical drama. A college professor and his wife are the adoptive parents of a young girl. They must deal with the threat of her loss when girl’s birth mother and her birth mother’s psychotic boyfriend attempt to kidnap her. The adoptive mother begins to have visions, and the professor’s colleague, a parapsychologist, suggests that they use the mother’s psychic connection to save those involved. The film is firmly grounded in the mid-70’s aesthetic, coming across more like a medical drama with some thriller elements than like a standard horror film. The horrors in which the filmmaker’s focus involve loss: loss of one’s child and the loss of one’s sanity. Deliberately paced and understated, the film can feel a bit slow for modern audiences. It is an interesting curiosity, very much of its era. 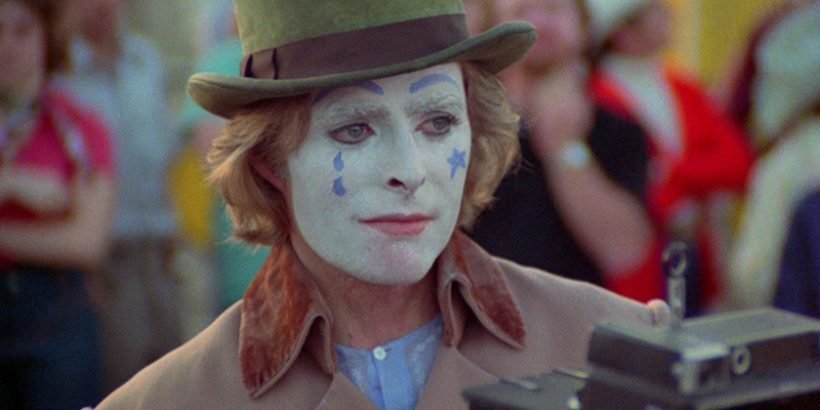 Sheri (Sharon Farrell) and Professor Miles Bennett (Edward Bell) are the proud adoptive parents of six-year-old Janie (Danielle Brisebois, in her feature debut). They are unaware that Janie’s birth mother, Andrea Fletcher (Ellen Barber) has just been released from a mental institution after a five-year stay. Upon her release, Andrea gets together with her old boyfriend Jude the Clown (horror icon Richard Lynch in one of his earliest roles), whom she met while they were both being treated at the institution. The two plan on kidnapping Janie, with the three of them running off and living together as a family. Sheri has a premonition of the plan and its aftermath, though it is quite cryptic, and she does not fully realize  the implications of her vision. One evening Miles tells Sheri that he is working late, but he is actually on a flirtatious, but surprisingly chaste and possibly strictly platonic, date with his colleague, parapsychologist Dr. Jeena Kingsly (Chitra Neogy). This just so happens to be the evening that Andrea and Jude try to execute their plan. While Jude waits in the truck, Andrea’s attempt to kidnap Janie is foiled when she is interrupted by Sheri. Andrea flees with Janie’s doll. When confronted with the fact their dream of domestic bliss has been crushed, Jude’s psychotic tendencies come to the fore, which has disastrous results for Andrea. Detective Lieutenant Mark Denver (veteran character actor Jeff Corey) is brought in to investigate the kidnapping attempt. Sheri, understandably disturbed by the confrontation, begins to have increasingly disturbing visions, many of which involve Andrea. While Sheri thinks she may be losing her sanity, Dr. Kinglsy feels that it may be due to a psychic connection between Sheri, her daughter, and Andrea. As things come to a head, Dr. Kingsly suggests using this connection to save those involved. 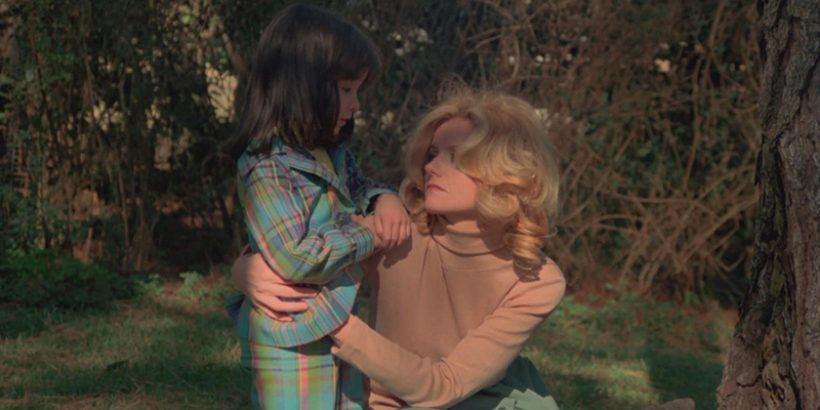 Coming right in the middle of the 1970’s, The Premonition feels very centered within that decade, as parapsychology and the academic study of occult phenomena are strongly associated with that time period.  Like quite a few horror films of the era, The Premonition approaches the supernatural from an academic perspective. The characters in the film treat parapsychology as one would a clinical science. Dr. Kinglsly is a well-respected member of the university faculty; no one really is skeptical when she puts forth her theories regarding the phenomena encountered. Instead, it almost feels like an episode of House, with Dr. Kingsly analyzing Sheri’s visions as if they are symptoms of a disease or condition. Her treatment of Sheri is handled much in the same way a doctor would treat a patient. There are still thriller and supernatural elements, but they seem secondary to the clinical treatment of the case. The end result is that the film is not particularly scary. There are some fine and effective scenes of horror, but the overall feeling is that of a medical drama. 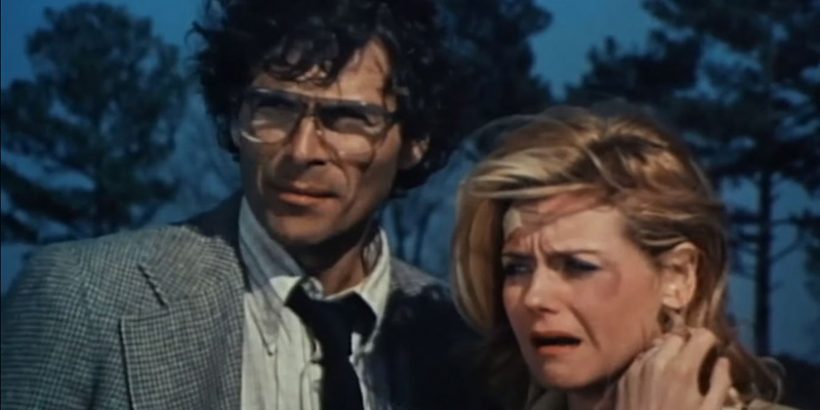 The horrors faced in The Premonition are personal horrors centered around loss. Both Andrea and Sheri are mothers that have to deal with the horror that is the loss, or potential loss, of a child. Closely tied to this is the film’s exploration of the loss of one’s dreams. When Andrea fails in her attempt to kidnap Janie, she and Jude have to face the fact that their dream of domestic bliss as a nuclear family may not come to pass. It is this disappointment that pushes Jude into a dangerous psychotic break. This loss of sanity is another horror addressed by the film. Both Andrea and Jude have recovered from periods of instability  and are teetering on the edge of losing their sanity once again. Sheri’s increasingly disturbing and realistic visions lead her to question whether or not she is becoming unstable as well. Focusing on these “horrors of loss” make The Premonition a film of personal horror. It is not a film about the destruction of the World; it is a film about the destruction of individual lives. 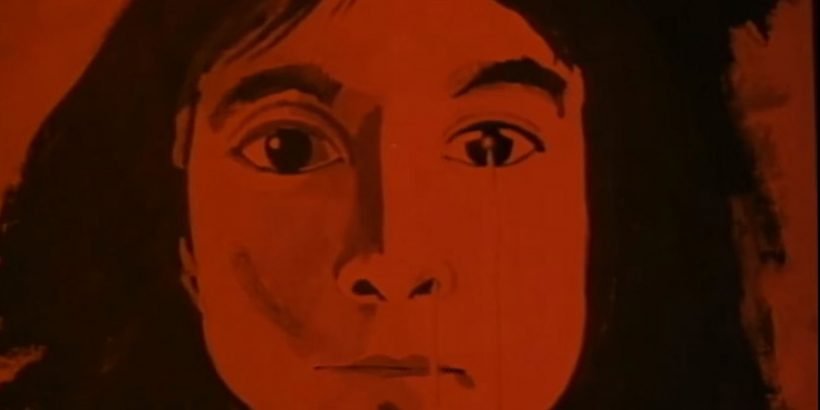 Focusing as it does on personal horrors, The Premonition takes a deliberately paced  approach to storytelling. The film unfolds slowly and steadily. Modern viewers may find it a bit slow and overly clinical. It does not hand-hold the viewer, often refraining from what it shows and leaving some things unstated. This does lead to a little bit of confusion when it comes to character motivations, though. It is not always clear as to why some characters are acting as they are. Interestingly enough, this is not much of a problem while viewing The Premonition, as character motivations appear to make sense at the time and within the film’s framework. It is only after viewing and reflecting upon it that one may find inconsistencies of behavior and muddled motivations. 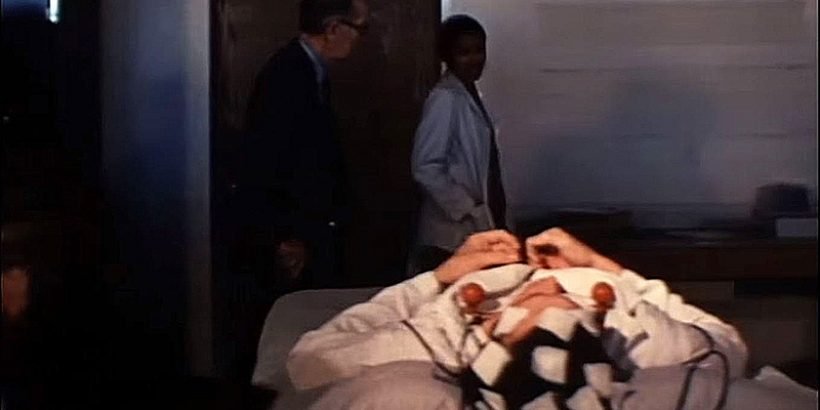 The Premonition is very much of its era, taking a scientific / pseudo-scientific approach to the supernatural as is common for other films of the early to mid-1970’s. While the horrors faced by the characters are very personal, the clinical aspects of the plot lessen the emotional impact of the story. Moderate viewers may find it a bit too deliberately paced for their liking, though fans of mid-70’s parapsychology films may enjoy its time-capsule-like representation of an era. 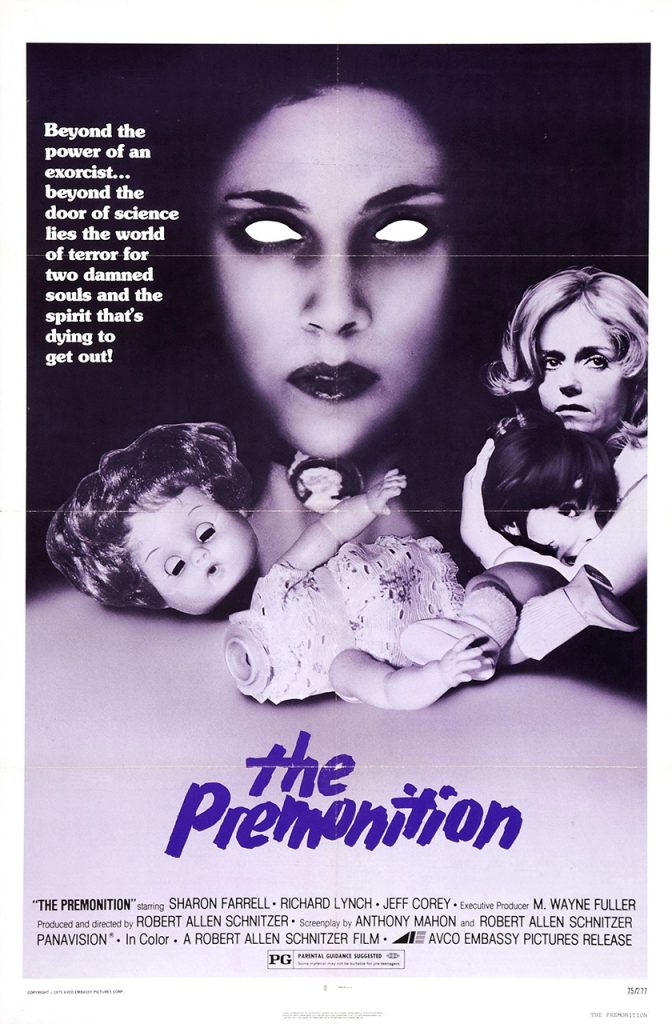 “What the heck did I just watch?” Sometimes one finds oneself asking that after viewing a film – and that is not necessarily a bad thing. When a filmmaker is shooting for the surreal, this is often the desired response. Such is the case with Bloodsucker’s Handbook (GenreBlast 2016), which showed at the inaugural GenreBlast […]

Old-school film stock and classic giallo techniques combine in writer/director Kevin Fermini’s horror short Death Walks on Nitrate. The result is a trippy, beautiful looking slice of cinema with an eerie aesthetic. Katie Carpenter (Disengaged from Gruesome Magazine’s own Christopher G. Moore and The Haunting of Hill House are among her 20 horror film credits) […]

[Review] THE DEEP HOUSE (2021, HULU) Often Creepy AF Even If It Struggles with Tension

On episode 486 of Horror News Radio: The Grue-Crew review… THE DEEP HOUSE (2021, HULU). Warning: possible spoilers after the initial impressions! Be sure to subscribe to the Gruesome Magazine YouTube channel to catch all the HNR episodes. This is HORROR NEWS RADIO, the official GRUESOME MAGAZINE podcast. Back with Doc Rotten once again are […]