It’s readily evident that writer/director Joe Begos has a sizable jones for David Cronenberg’s Scanners (1981) as his latest film, The Mind’s Eye can be construed as something close to a remake of it. But Begos does something really smart here, and he jettisons a lot of what slowed Cronenberg’s opus down to a crawl at times (thanks mostly to his near catatonic lead actor, Stephen Lack, and his lifeless line readings). Mind you, that doesn’t mean that there aren’t a few problems to be found here, and it even echoes some of Cronenberg’s film at times. But there’s enough fun to be had here to warrant a viewing or two. 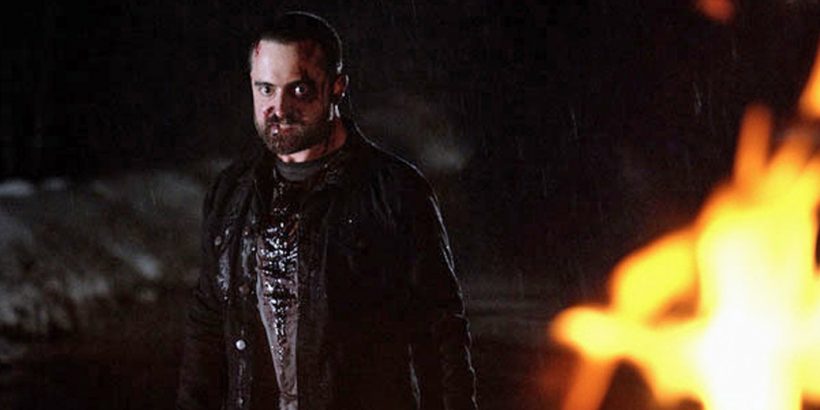 Graham Skipper is Zack, someone who can move/destroy things with the power of his mind. Oddly enough, his girlfriend, Rachel (Lauren Ashley Carter), has the same abilities that Zack does (albeit to a lesser degree). As the story progresses, we discover that the couple has been separated ever since an unexplained event in Chicago forced them to part ways to seek safety. They both eventually fall prey to Dr. Michael Slovak (John Speredakos), who tells them he only wants to help them use their powers to help mankind. Of course, that’s not what the good doc is actually looking to do, and both Zack and Rachel find themselves prisoner in his isolated home. Slovak’s true intentions are to drain his captives of their spinal fluid, and transfer it into his body, in order to imbue himself with their abilities. 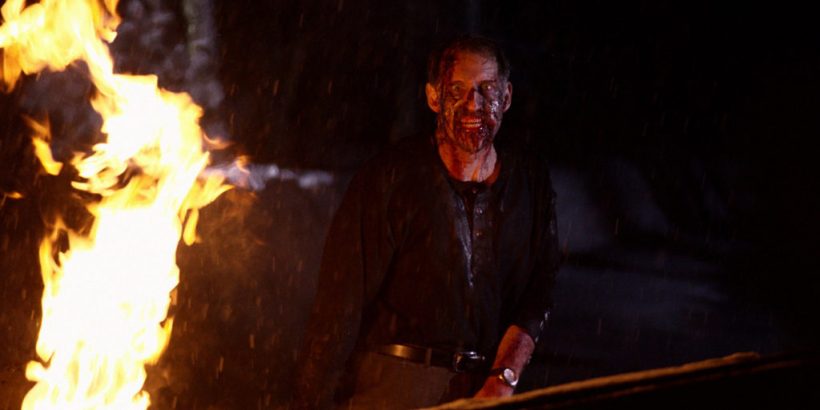 Save for a short detour when Zack manages to escape, rescue Rachel and find a safe haven with his long lost dad (the seemingly omnipresent Larry Fessenden), that’s the entire plot. Begos doesn’t allow his story to get bogged down in silly stuff like details or character development. What’s he’s really interested in is wholesale carnage, and as The Mind’s Eye creeps to its conclusion, that’s exactly what the viewer gets. The cast must’ve gone through some serious headaches as they glared intensely at someone whose head is about to blow into smithereens, but it’s a fun visual that works like a charm here. And the exploding craniums are a thing of beauty (If exploding craniums are your thing of course). 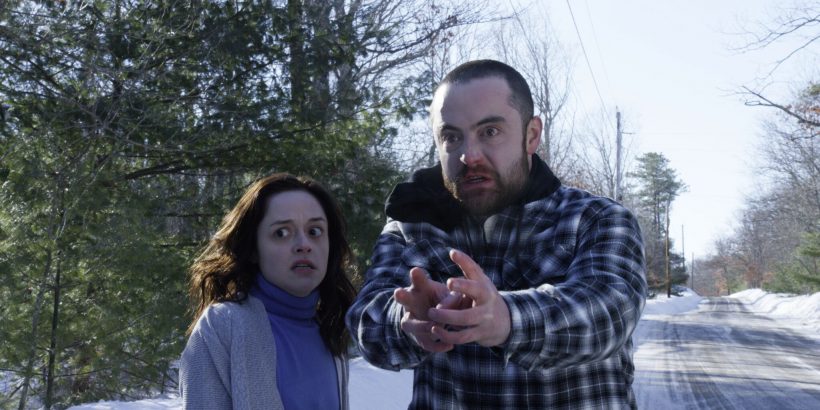 Skipper does a nice job underplaying Zack, and as he isn’t exactly a physically intimidating presence, his mental outbursts become more and more effective in a visual sense. I first noticed Carter a few years back in a film called Jug Face (2013), and she starred in a film that was released earlier this year called Darling. There’s a genuine wholesomeness to her face that fits her here in her role as Rachel like a glove, she comes across as honest and believable. I made fun of him earlier, but Fessenden is indeed a very good actor, one who makes the most of his sometimes limited screen time in every film he appears in. He isn’t in this film for a long time, but he makes the most of his time on screen. The wild card in the cast is Speredakos, who wildly over emotes as he’s having spinal fluid injected into the back of his neck. He’s obviously having a ball here, but his scenery chewing does become a bit overwhelming towards the end. 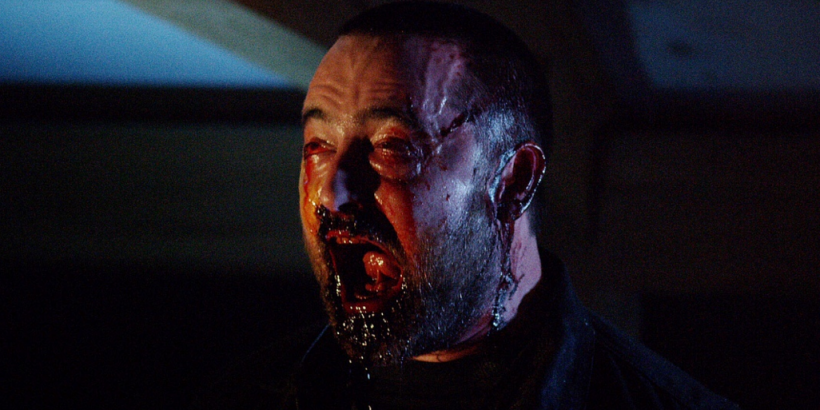 The special FX crew (Pete Gerner, Brian Spears, Ashley K. Thomas & Natalie Violette) do their damnedest to make the most of all of the bloody mayhem on display here. It’s easy to say that when you see one head blown to smithereens, you’ve seen them all, but the explosions here are especially gory & squishy sounding (Kudos to sound designer Graham Reznick here). Unfortunately, Bezos also acts as his own cinematographer here as well, and his insistence on under lighting the entire film takes its toll on a lot of the gorier scenes. There’s also a final showdown that takes in a snowy forest during the evening, in which it’s pretty hard to make out a lot of what’s going on. None of this is a deal breaker though, and as I watched the film at home, I thought that it’s entirely possible that all of this looks a lot better on a big screen. Steve Moore’s soundtrack is a throwback to the synth driven themes you heard in films from the 80’s, and it’s extremely effective here. It has a kinetic, propulsive drive to it that underscores the film quite nicely, making some of the slower, dialog driven scenes feel faster, and making the faster, action filled scenes race by. It’s definitely reminiscent of some of John Carpenter’s work from that era – and that ain’t a bad thing to be.

What The Mind’s Eye really succeeds at is keeping itself engaging. Although it plays like either what Scanners 4 might look like, or an outright reboot of Scanners itself, it has none of the heavy handed seriousness that permeated Cronenberg’s original film. If anything, Bezos has created a goofy film that’s a lot of fun for the most part, and obviously came from his heart. Judging from this film, and Bezos’ last effort Almost Human (2013), he obviously has a true affinity for the genre, and a love for genre films from the 80’s (He even goes as far as to announce “This Film Should Be Played LOUD” on a title card at the beginning of the film). The film does suffer from a few pacing issues after its opening scene, as did Scanners. But Bezos makes up for it with truly engaging performances from his leads, and enough sprinkles of violence to keep his audience happy until the going gets really gruesome. The Mind’s Eye is a fun way to spend 87 minutes, and you’ll be cheering Zack and Rachel along as they merrily blow up body parts here, there & everywhere! 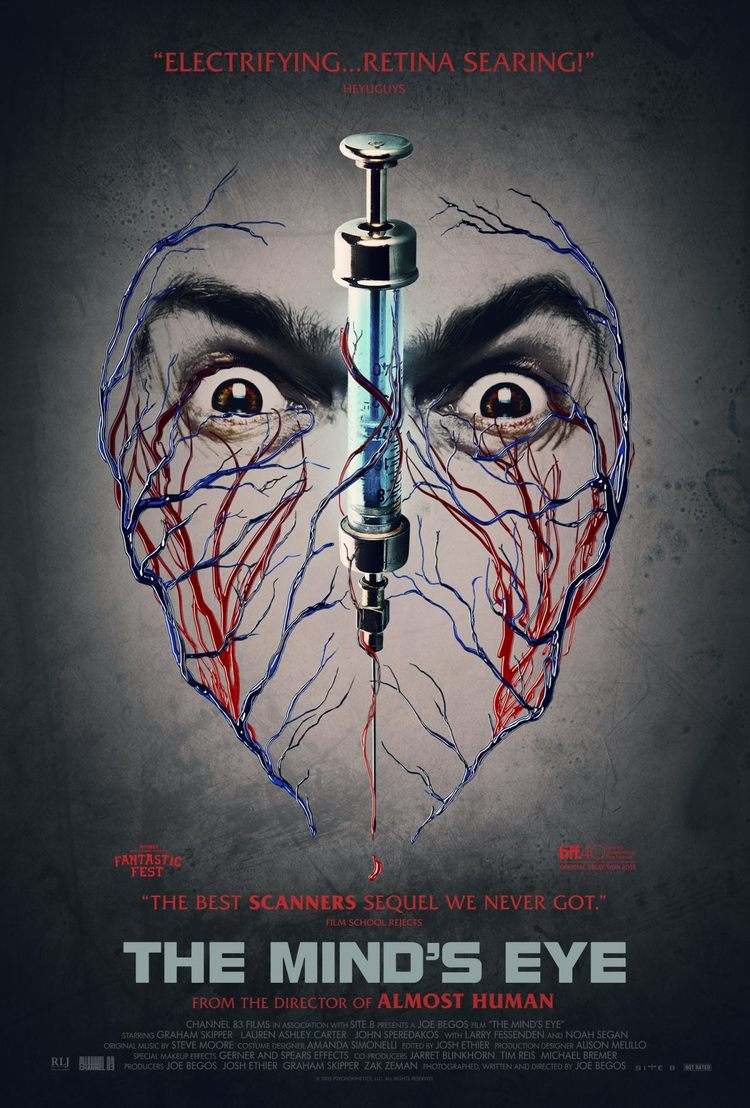 [Review] Lay Them Straight (The Blood in the Snow Canadian Film Festival): Counting Keeps the Bad Things Away

Sometimes working on overcoming an obsession can lead to possibilities beyond a person’s imagination. In the case of Parker (Charlotte Lindsay Marron), the young teenaged protagonist of the Canadian short film Lay Them Straight, those possibilities can even lead to a terrifying new path. Parker is diagnosed with arithmomania, a disorder in which people feel […]

Seduction of the Innocent: The Gruesome Magazine comic review of  ” Harrow County” Volume one from Dark Horse Comics. To say that Cullen Bunn’s  Harrow County  is a southern gothic horror story doesn’t really do it justice. To me, it is so much more. It reminds me of home. Growing up, I came from a […]

“Between Hell and a Hard Place” (2014): Dumping Ground for Hitmen Holds Dangers from Beyond

The black-and-white short film Between Hell and a Hard Place is a nifty horror throwback reminiscent of the original Twilight Zone television series and the EC horror comics. Writer/director Jason P. Buterin has crafted an intriguing tale of two criminals and an area said to be haunted by the spirits of those who were killed […]