Artsploitation Films have established themselves as quite the force in independent genre cinema in recent years.   Going into their films, there is always reason to be excited if you’re seeking something unconventional and out of the ordinary.   The experimental, art house trappings of their films certainly aren’t for all cinematic tastes, as there isn’t a single film in their canon that doesn’t aspire to challenge the viewer on some level, whether intellectually or just plain visceral.   The Perfect Husband is the latter, and it’s bound to go down as a treat now that it’s finally hitting DVD and Blu-ray two years after its initial release in Italy.

Viola (Gabriella Wright) and Nicola (Bret Roberts) are a married couple who go on a weekend retreat to a cabin in the woods in a bid to overcome a trauma that’s caused their relationship to deteriorate.   Tragically for the couple, they lost their baby during childbirth and they haven’t been the same since.   The weekend away seems like the perfect getaway for making amends and rekindling their spark; but it turns out to be far from the romantic therapeutic trip they envisioned, and it doesn’t take long for their faltering relationship to descend into a living nightmare of psychological horror and unbridled chaos. 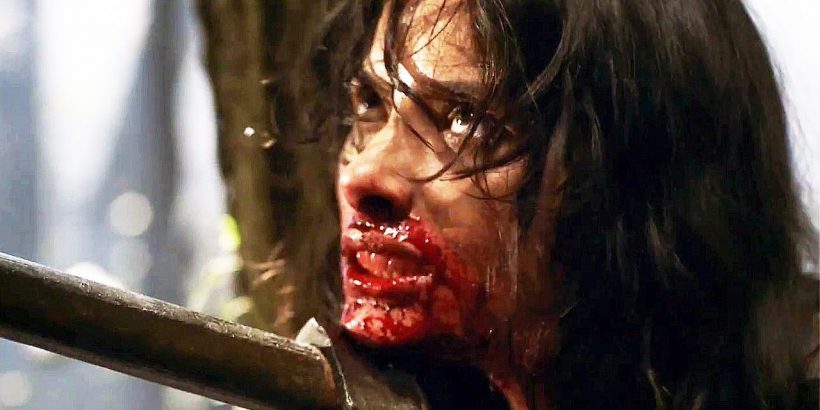 On paper, the story is quite reminiscent of Lars Von Trier’s Antichrist.   Both films entail a couple vacationing in the woods following the death of their child, only to find their plans taking an unexpected detour into the realms of violent implosion.   In addition, both films contain scenes of unflinching brutality that will stick with you long after the end credits roll.   I don’t know how much of an influence Von Trier’s feel good epic had on Lucas Pavetto and Massimo Vavassori when they were writing the script for The Perfect Husband, but the similarities are there even if they were unintentional.

That being said, The Perfect Husband explores the aftermath of tragedy and marital disintegration effectively in its own right, while maintaining a constant feeling of unease throughout before the proverbial poop hits the fan.   Gabriella Wright’s performance is rather splendid, as she displays a multi-range of emotions as a grieving mother who winds up further down the rabbit hole of trepidation when new horrors begin to unfold.   Bret Roberts is also impressive as the seemingly ‘perfect husband’ and their strong performances are a highlight. 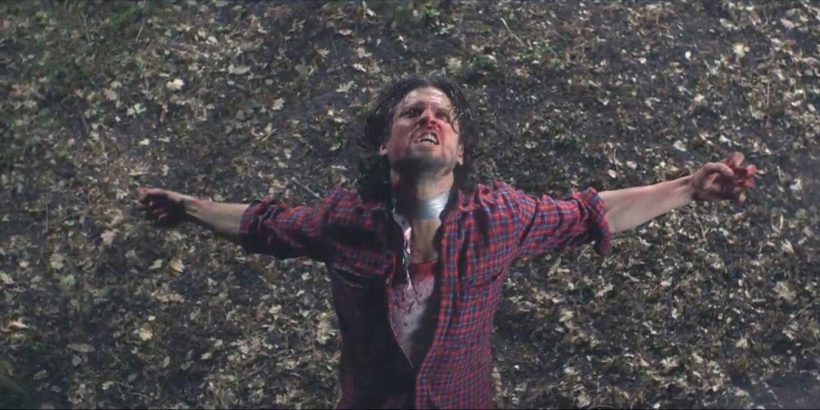 The film does suffer from the occasional blip, however.   The transition towards the twist isn’t as smooth as it could have been, but not to the extent that it’ll deter your enjoyment by any means.   However, if handled with a little bit more care, I’d be praising this movie as one of the year’s best releases so far.   But the twist is satisfying (even if somewhat predictable), and the lead up is constantly engaging and often unnerving.   It’s not the best Artsploitation release, but that’s merely a testament to their consistently brilliant out output as opposed to a knock on The Perfect Husband.  Like the majority of their flicks, this further reaffirms their position as an essential go to destination for audiences seeking originality.   Pavetto is a director with a bright future in the genre if this is anything to go by, and The Perfect Husband is highly recommended.

“White Coffin” (Fantasia 2016): A Mother’s Desperation Turns to Horror in this Argentine Gem

In the States, few horror fans have heard the name Daniel de la Vega (Necrophobia). Thanks to the Fantasia International Film Festival in Montreal, horror fans venturing across the Northern borders are discovering his post-retro style with his latest offering White Coffin. The Argentine director has a lot to offer horror fans. His style is […]

You know what I consider talent? Taking something that is normally considered subpar or poor and using those perceived disadvantages while  maximizing their full potential to actually turn them into positives. This is exactly what writers Justin Channell (also the director), Zane Crosby and  Josh Lively do in their film Winners Tape All: The Henderson […]

Secrets are not easy to hide in horror stories, and the main character in director Edwin PagÃ¡n’s short film The Talisman finds that he is no exception to this rule. Ed (Ross Beshear) is settling down to a hamburger meal at a bar and grill when he starts receiving mysterious text messages from an unknown […]