I think there is a theme running in my reviews of late. Folks getting lost in the woods. I think it must be karmic retribution for convincing my sister that every frame of  The Blair Witch Project  was real all those years ago. I enjoyed her reactions to that film more than the movie itself. What goes around comes around. But I’m kind of evil that way.

Here we are once again lost in the woods with director Max Perrier’s supernatural horror thriller  Feed the Devil. Where  a group of people go deep into the woods searching for a secret stash of marijuana that will make them rich, only to run afoul of an evil force in the woods. 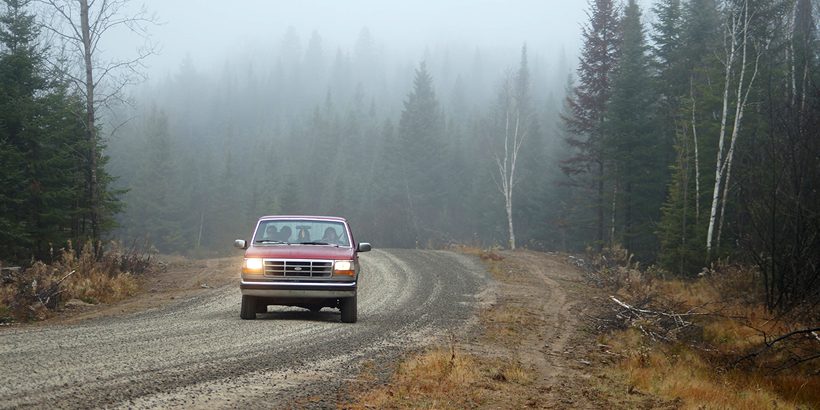 The story follows a young man named Marcus (Jared Cohn) and his girlfriend Stella (Victoria Curtain). Marcus is a bit of a loser who never gets a break in life, always following some wild scheme or another that never pans out. He even gets his ass kicked by his old mother when trying to steal money from her. He gets wind of a deal from an old co worker of his father of a giant stash of weed that will set him up for life. All he has to do is go get it and all debt with Marcus’ dead father will be repaid. He proceeds to draw on the page of a bible one of the most ridiculous maps I’ve ever seen. For this place to be in such “Deep Territory”, two lines and some trees are drawn in make this exquisite map. Oh, and a swirly line to mark the actual spot of the stash beats Google maps any day. On the way, They find out Stella’s little sister  Lydia (Ardis Barrow),    has stowed away in the back of Marcus’ truck. And the adventure begins. Weird things ensue, and blood is spilled as they go deeper and deeper into “The hunting grounds of the gods”, and the strange guardian of these grounds stalks them one by one.

There are problems here. And quite a few of them as the film unfolds. The first being, how slowly paced and drug out the beginning of the movie is. And by beginning, I mean the first fifty minutes of it’s 134 minute running time. A great deal of this time, we are dealing with the group driving to reach their destination. And driving, and driving. And driving. And after they lose their truck, we get to see them walk, and walk. And walk. With absolutely no explanation of the danger they have been facing up to this point. Weird ghosts rising from the ground to attack, strange noises from the woods, etc. Things the characters don’t seem to give much thought to. They still just keep hiking to their stash spot. And while this is happening, I found myself slowly hating these characters. 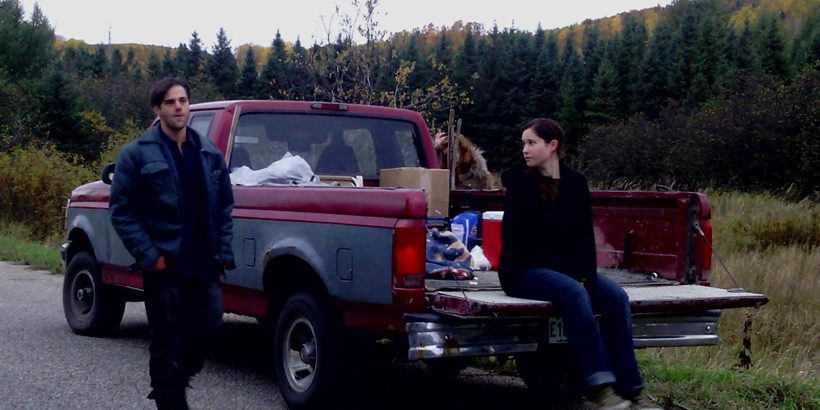 Which brings me to the second problem. These characters are despicable.  Stella, who disappears early on in the film, is just flat out mean and selfish. Not even really caring for her boyfriend Marcus, just hoping she will be able to cash in on his fortune when he sells the marijuana. We don’t really get that much more from her than that. Marcus is an arrogant racist and just all around asshole. Especially toward the Native Americans he interacts with in the movie. The racial slurs were very cringe worthy and uncomfortable to listen to. I don’t know what the film maker was trying to say with this except the obvious. It didn’t endear me to Marcus’ character at all. I think the film tries to make us feel sorry for him and his home life with his alcoholic, abusive mother, but it doesn’t come across. Lydia seems to be the only one with any redeeming qualities or a conscience. And the only one I really cared about here.

Now, there is nothing wrong with having characters who are this way in a horror movie, because most of the time you just think, “Well this guys getting killed first, no doubt.” I don’t feel a character has to be liked necessarily for it to be a good movie. But the Marcus character keeps this air of arrogance and even bullying behavior throughout the movie. After a near fatal run in with the Leatherface type guardian of the woods, and the last survivor of his group, Marcus is helped to recover by the local natives nearby. He starts a conversation with an older man working by the bank of a river.( Who interestingly is wearing the same vest as  the fellow who gave Marcus the map at the beginning of the movie.)  Marcus proclaims he now must find out what happened to his girlfriend Stella. The old man warns him that his girl is already dead and he will be as well if he returns to those woods. How does Marcus repay the old man for his help? By kidnapping his son at gunpoint to show him the way back to the hunting grounds. All the while STILL spouting racial insults at the kid. I really don’t like this guy.

I guess it’s intended that Marcus has some kind of redemption here by going to find out what happened to Stella. Or some strange form of nobility. I’m sorry to say, that’s not happening. Stella was just as big of a jerk as he is, but I guess she was  his jerk. I don’t feel like he’s redeemed in the slightest. He’s still the same racist POS he was at the beginning of the movie. I was hoping for the Guardian at this point to put an end to Marcus. As the movie closed, I wasn’t sure at all who I was supposed to be rooting for. 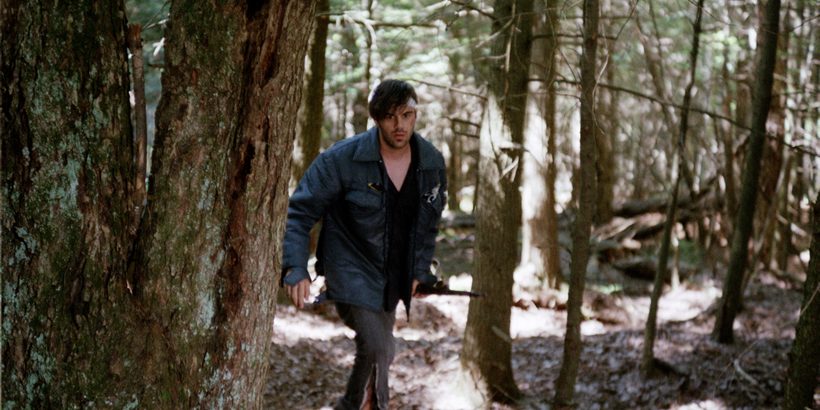 These character problems aside, the acting by all involved here was actually very good. Especially Cohn and Barrow. Marcus may have been a heel, but Cohn is the one making you believe it. I believe it takes a little bravery and a lot of talent to bring a character like Marcus to life in a way that’s not over the top, and Cohn really delivers that. Barrow’s turn as Lydia was innocent but broken in a very subtle way. You could almost imagine seeing her staring out of her window at home thinking of how things are outside of where she lived. I enjoyed the interactions of her and Cohn. Very believable and well acted.

The film looks great and is shot well. The scenes in the woods are almost blurry in the background, giving the forest a dreamy, surreal quality that really added to the supernatural nature of the hunting grounds. And the cinematography is nothing short of beautiful in the final scenes of the film at the Guardian’s home. Fantastic looking film.

All in all, Despite the good acting and how great the film looked, The story is the thing. And this is where  Feed the Devil falls short.  No one to get behind, and the characters here are ill defined and lack any kind of meaningful direction.

Feed the Devil  Might be an ok Netflix or Shudder watch, but that’s all i can recommend it for. 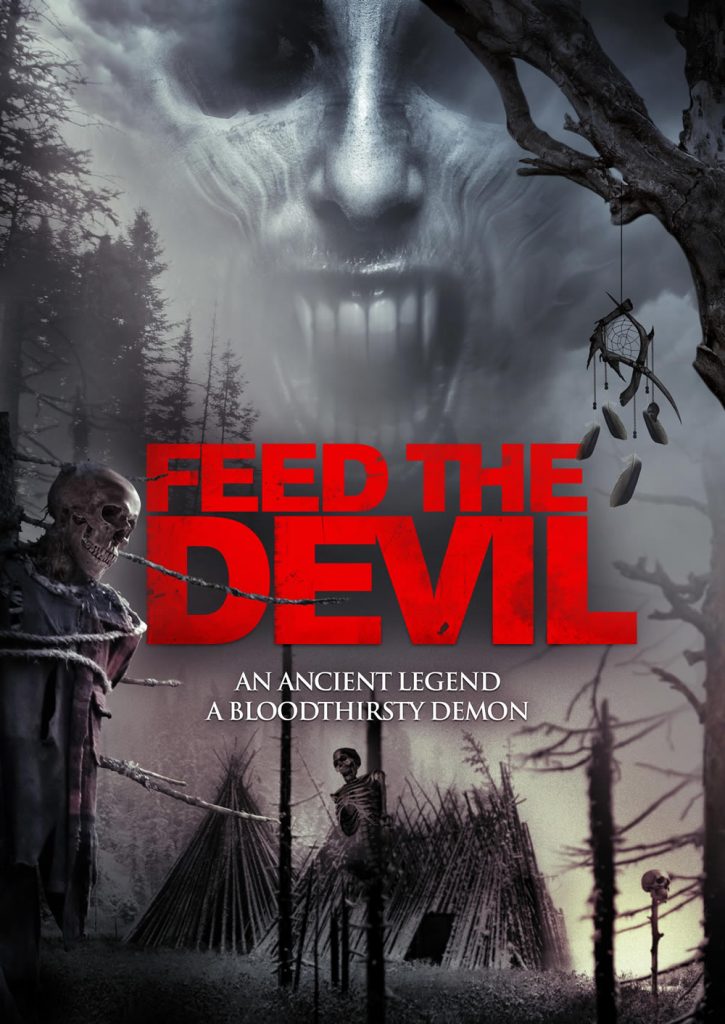 With Welcome to Helltown, cowriters/codirectors Maxwell Frey and Dominic Reno have created an endearingly oddball portmanteau short film. The vibe is offbeat and the humor is quirky in this outing set in Helltown, Ohio, “Population . . . You!”. Toby Radloff — star of Killer Nerd (1991), Bride of Killer Nerd (1992), and Spirit Animal […]

“Re-Kill” (2015): Bullets, Bombs, and Bites Galore Give Way to Deja Vu in This Zombie Offering

Horror filmmakers continue to consistently crank out zombie films at a rather rapid pace. These movies usually find at least a core audience that will give them a try but many viewers are burnt out on the subgenre. For every decent offering that comes along, there are several others that fall short. Re-Kill falls between […]