Before I get into the review of The Before Time, I’m gonna start right off and share that I am not, nor have I ever really been, a fan of  the “found footage” genre. There are a few exceptions, like The Blair Witch Project, REC 1 and 2,  Cloverfield and the recent Digging Up the Marrow among my favorites. However, in my honest  opinion, for every good one, there are about a thousand terrible monstrosities. Unfortunately, The  Before Time fits snugly into the far more populated latter category.

Directed and written by Miguel Muller, and also written by Scott Bunt and Rodrigo  Goulari,  The Before Time  follows a rival pair of TV journalists, (Jules Hartley as Kim and Danielle  Baker as Cate), who are contracted by their respectful networks to headline a reality  show conceived by Kim’s former and Cate’s current flame, Dan (Ted Jonas). The group are joined by a few camera operators, a dude with a boom mic and Dan’s intern Peter (Sean Patrick McGowan). They begin to traverse the desert, searching for lost Navajo  gold. Stupid decisions and no scares ensue. 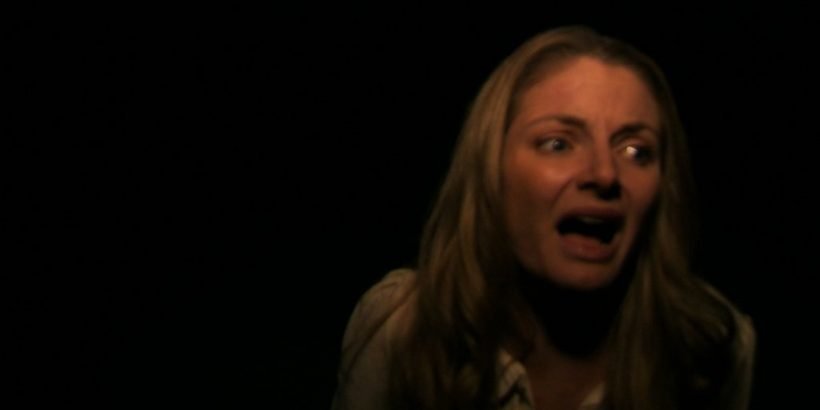 The problems with this movie are so prevalent and constant that this one was a real  chore to get through. The sound mixing is so all over the place that I found myself  having to frequently turn the volume up and down so I could hear the dialogue -at times super  quiet- or spare my ears the obnoxiously loud soundtrack. Alas, that’s the just  the first strike among the many others. The rehashed  and tired “found footage” tropes are  sprinkled throughout: overly shaky cameras, poorly executed night vision, clearly  added static, characters crying into the camera lens, characters repeatedly screaming “What is THAT?!” into the pure darkness, camera drops, etc.  I haven’t seen a slew of these types of films, as I said, not really my brand, but as a  novice to the genre, I was able to recognize so many ripoff  ideas that were just poorly  executed.

The cast does try to deliver decent performances, but I would imagine it would be  difficult to stay into character when portions of the movie were clearly filmed quite a bit  later than others. Our boom mic guy “Bruno” (Aidan Marcus), well, his hair completely  changes in length and style several times over the course of the film. As does Dan’s mop top.  Clothes completely change color and style from one shot to the next, denim jackets  inexplicably become fur and then change back to denim, the makeup changes on ALL  the actors from shot to shot, the position of the sun changes and so on and so forth. I  don’t know what the story is behind the differences in the shots, one could only assume  a budget, availability sort of scenario, but more care should have been given to the  continuity aspect of the movie as egregious errors like that have a tendency to take  most people out of the story and make me want to do nothing but shit screams from my  face. 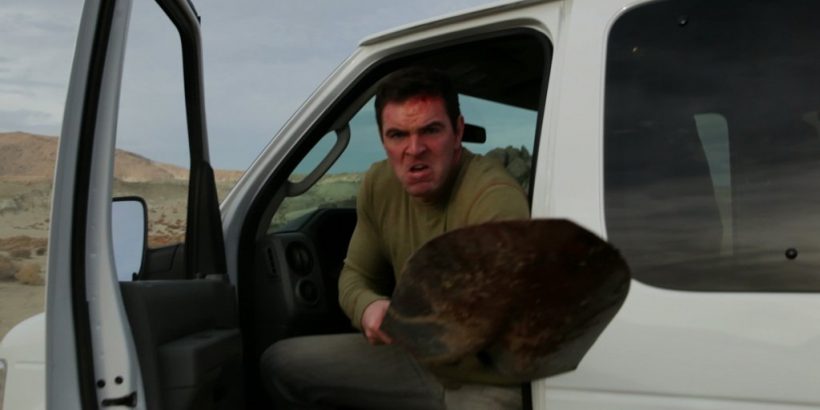 Another issue I had with this flick — and this may be a personally biased issue — is the fact  that the character of Kim is quite frequently referred to as “sexy” and other terms along  those lines. Well, um…no. Not only did I not find her attractive in the slightest, her voice  resembled what I can only describe as a “howler monkey on a helium binge” and  naturally, of course, she is the one who does the majority of the screaming and crying  into the camera. Then we have the character of Cate, who is so blatantly over  sexualized yet completely restrained, that you have to wonder what exactly the point of  the character trait is? She doesn’t use her body or looks as a means for any type of  advancement, Dan and her were already an item before this show happened, there is  no gratuitous nudity, the closest we get is a very brief and impromptu dance upon a bar  table. The problem with this, in my opinion, is that were she an out and out slut, then the  bar scene or certain other little comments here and there wouldn’t seem so out of place  and unnatural. Basically, there is no rhyme or reason for anything her character does or  says other than for her to just be a walking cleavage. In fact, most, if not all of the  characters really have anything to do other than complain, get greedy for a bit, then die  off-screen and really, that’s the biggest issue I had with this movie, I just plain didn’t care  what happened to anyone.

I’ll admit it, I’m about as WASPY as they come and maybe I don’t know much about  native American culture, I was too busy skipping school, smoking doobies and watching  daytime television, so my knowledge is mostly relegated to what I’ve seen on television  or in movies, that being said, the stereotypes in this movie are EVERYWHERE.  Medicine men, peyote drug trips, spirit animals, the term “paleface”, and of course,  Skin-walkers. Yes. Skin-walkers. Let that sink in. You good? Ok, here we go. Ahem.  What in the SHIT were the writers, whom none of which are native american, thinking?!  It’s almost as if they have the same limited amount of information my nonpaying  attention ass does and they just said “eff it” and ran with it! Do some research! Come  with something original or maybe just not include every stereotype you can think of,  throw it into a blender, press frappe, throw the mix against the wall and use whatever  sticks. Oh, and btw, the ending shot is basically a shot for shot recreation of the  infamous scene from REC. I’m sure you can guess which one. 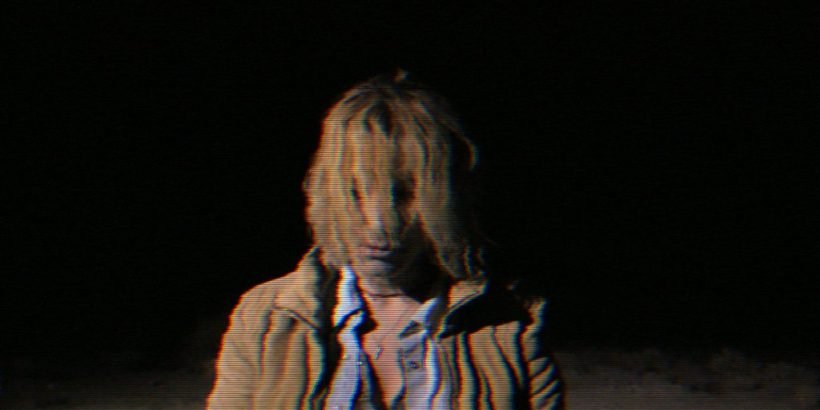 I’ve seen worse, my last review, Betrothed for example, but I have also definitely seen  much, much better. I’d be hard pressed to recommend this to anyone, unless you are  an absolute sucker for found footage and a shaky cam is all it really takes for you to get  your rocks off. If that’s the case, I know a certain host of a certain podcast, cough Doc  Rotten cough, that might just become your BFF. 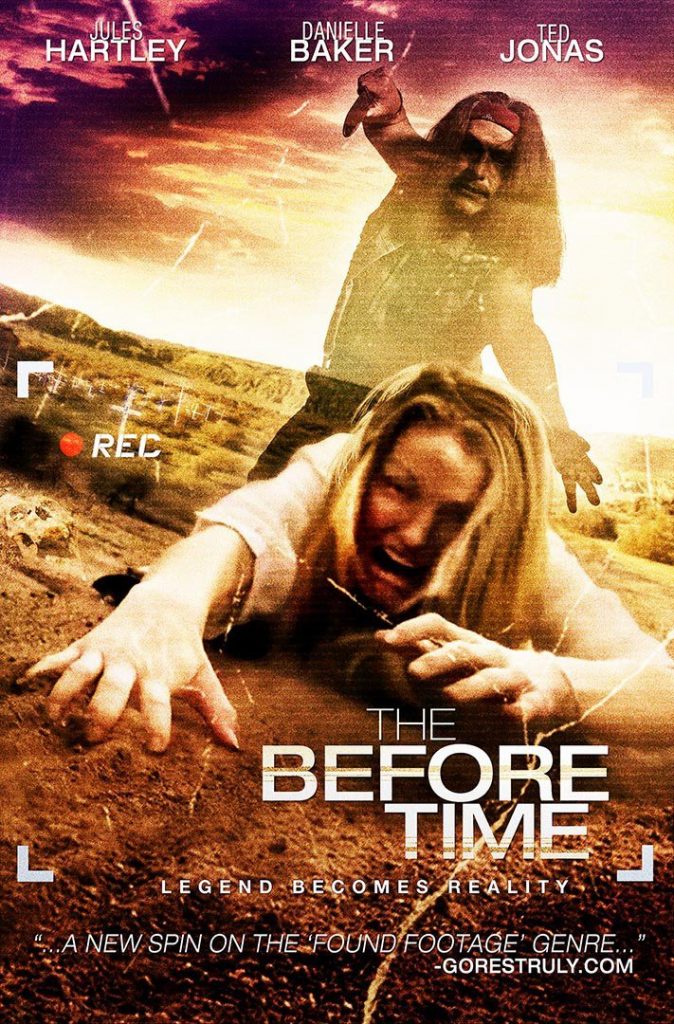 “Peelers” (Wreak Havoc 2016): Stripper Horror Comedy With Brains in Its Head (and Plenty on the Wall, Too)

Life as a stripper must be rough, especially when you have to spend a goodly portion of your time fighting off zombies and other monsters. At least, that’s the message one gets from films in the stripper horror sub-genre. Most of the time, these films are not much more than low-budget exploitation fare. (No?! Really?!) […]

What’s a young girl to do when she has a mother that isn’t big on communication and interaction, a teen sister who worships H.P. Lovecraft’s fictional Old Gods, her father has recently passed away — and she begins seeing a strange, frightening creature outside her window? Writer/director O.B. De Alessi explores these questions and others […]