To say Jonathan has some mental issues is an understatement. Now, the real question is if Jonathan was born with these issues or if they were brought on by the surroundings and circumstances they grew up in along with the  lack of any other interaction outside of their intimate home environment. Decay does a wonderful job in asking the question of how mental illness really begins. Is it genetic or can it also be induced by certain social environments that you are helpless to escape from? For this reason alone, Decay at the very least deserves a watch. 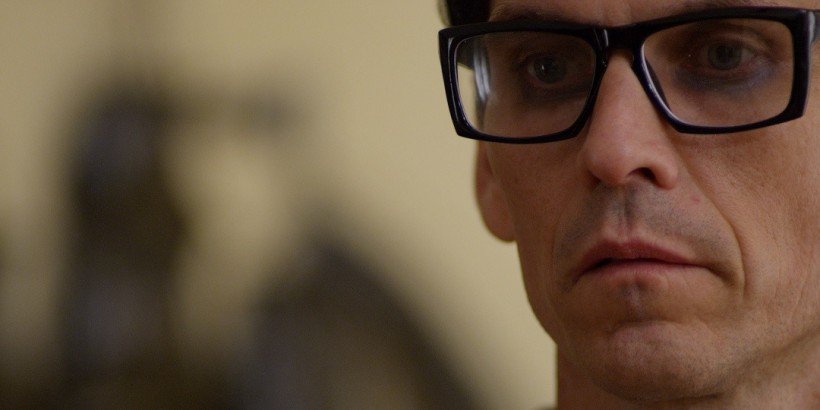 Decay, written and directed by Joseph Wartnerchaney, centers around recluse Jonathan (Rob Zabrecky) and the life he lives or rather the lack of life he lives. While a bit odd Jonathan really is just a guy who keeps to himself and has eccentric hobbies that he has picked up through the years. The movie shows as it plays out that his initial reclusive behavior  is because of events that transpired in his childhood. What ends up sending Jonathan into a deeper and darker part of himself is when two girls break into his home and discover his odd hobbies. When Jonathan catches them by surprise one girl falls off a ladder hitting her head which instantly kills her. The other girl runs from the house and into the road only to be hit by an oncoming car killing her. 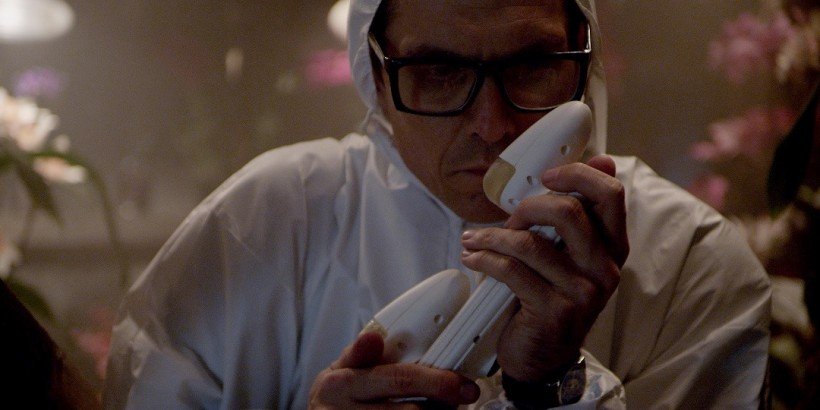 Jonathan is then left with a dead girl in his house that no one knows is there while the only other witness lies dead in the street. Instead of reporting what happened to the police, Jonathan decides to keep the dead girl and have dinner with her every night. Through the course of the movie Jonathan continues to go to work, have conversations with his work buddy who apparently has all sorts of sexual conquests, come home, get visits from a kind old lady and all the while still have dinner with his dead intruder lady friend. A finer picture of the American dream and family life I can’t imagine. 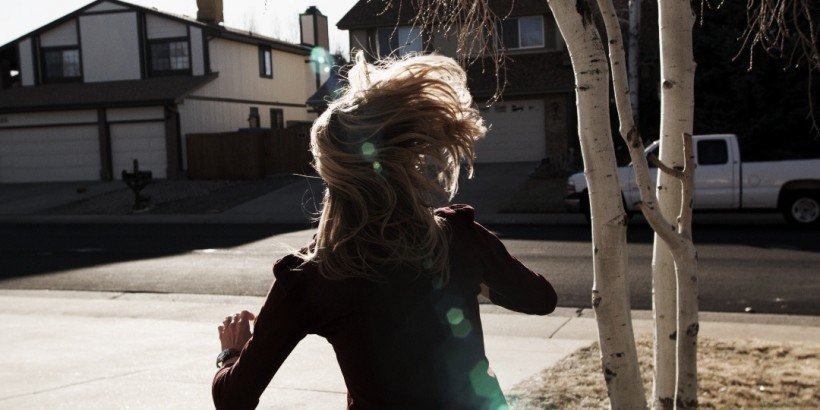 At first this makes Jonathan happy to have company…any kind of company. Slowly however, Jonathan’s mind slowly starts to distort what is reality and what is not and while the obvious title of the movie can be applied to the decaying corpse in Jonathan house, it can also be applied to Jonathan’s mental capacity. As viewers, we continue to see glimpses of Jonathan’s past as a child with his mother, that his mother truly had mental issues and she passed these along to her son. While the mother seemed to have possibly a genetic/chemical imbalance reason for her disorders it seemed as if Jonathan could have grown to a normal adult if not for the things his mother subjected him too. 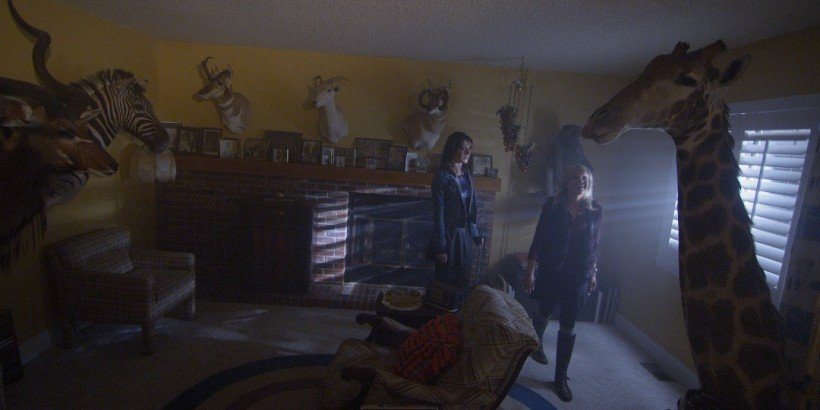 Decay  continues to get more and more surreal as it gets closer to its end and it can get a little confusing or make you wonder if the film maker is trying to be a little bit smarter than they are. Especially with the ending where you will ask…does  anything you just watched relate to anything. This is a minor complaint because, while the ending might seem like a cop out to some, it offers a glimpse into a mind of someone that truly ONLY lives inside their mind where  the real world is their dream. If I had to offer any other complaint it is this. Jonathan’s mother in the film is portrayed as a religious zealot and therefore she is mentally ill or cruel despite supposedly being a loving Christian. Look, I know there are hypocritical religious people out there. I also know this is a theme that has been done to death in films as a go to thing to be vilified. Frankly, I find it to be an easy scapegoat films use now. I wished the horror genre could look at some other vehicles to use to convey why people are cruel and other masks they use to justify their cruelty because it isn’t just religion people use to be cruel. Humans are much more creative than to just use one thing. 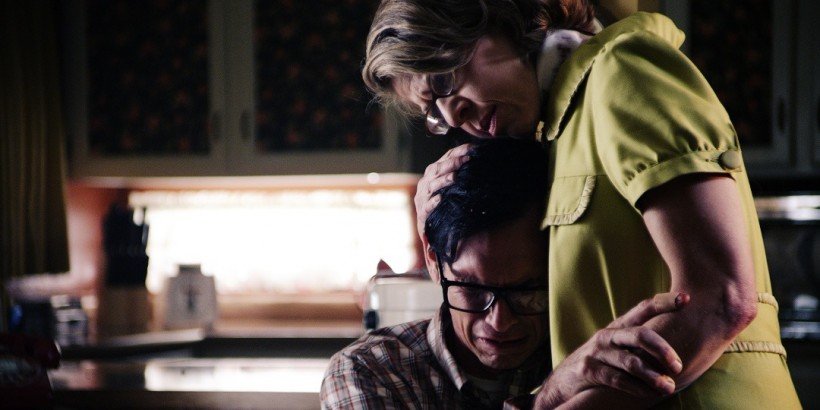 Otherwise, Decay is a pretty amazing  movie. The direction is solid  and the actor playing Jonathan really looks the part and plays the part. If most people would see a guy who looked like Jonathan on the street they would think the guy would be weird. So a big thumbs up to the director and casting in the film. If you like movies like Psycho, which this film does draw from then you will like Decay. It isn’t Psycho but then again what is right? Go check it out. 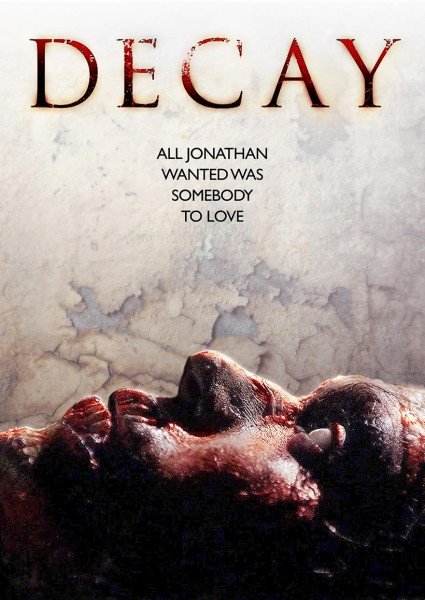 What do you get if you mix Mad Max, El Mariachi, Dawn of the Dead and The Stand? Well, you get the post apocalyptic film Beyond the Grave. Written, produced and directed by Davi de Oliveira Pinheiro, lensed in Brazil, the film follows a man simply known as “Officer”, played with all sorts of tough […]

Imagine Film Festival, which runs April 10–20 at EYE Filmmuseum in Amsterdam, the Netherlands, is loaded with amazing genre film fare from around the world. Among the outstanding slices of cinema offered during the fest’s first few nights this year were two films dealing with different types of domestic horror, and a behind-the-scenes documentary about […]

“The Night Evelyn Came Out of the Grave” (1971): Gothic and Giallo Elements Combine to Create a Satisfying Thriller

For many people, the film The Night Evelyn Came Out of the Grave (La Notte Che Evelyn UscÃ¬ dalla Tomba) (1971) conjures up images of disjointed, confusing, non-sensical cinema. This is likely because their primary exposure is through one of the multiple English-language versions of the film often shown by local late night horror hosts. […]