It would appear that Warner Bros. may have some big future plans for two of the genres most beloved creatures.   News has broken that ‘KONG: Skull Island’ has made a move from Universal and taken up residence at Warner Bros.   Of course, Godzilla is currently calling that studio home and it turns out that Legendary Pictures has some big plans and would like to have the two classic beasts sharing an apartment.   Here’s the lowdown.

According to Deadlines: “This is being done to unite the property with Legendary’s other giant franchise, Godzilla. In what would be a pretty epic pairing, the Godzilla sequel that is in the works will be followed by a movie that pits the giant ape versus the giant fire breathing reptile.”

The article goes on to state that things are moving quickly and its got the fast track to production.

As things stand now the Kong film is still slated for March 10th, 2017 with the Gareth Edwards direct sequel to Godzilla hitting in June of 2018 so it would appear that a King Kong Vs. Godzilla flick would be at least 3 years off but damn, isn’t it exciting that it’s even a possibility at all?

If things are moving forward as quickly as reports indicate – we should have updates a plenty soon! 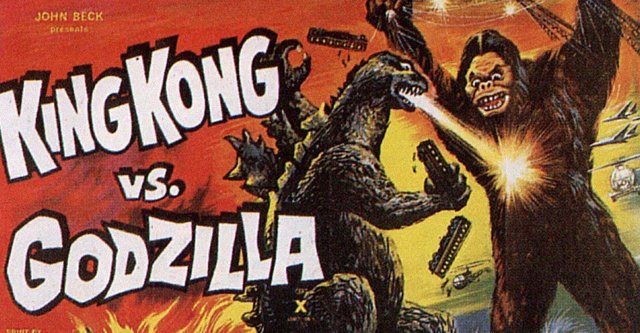 Just when you’ve thought that you’ve seen it all – along comes a trailer that manages to prove you wrong. Never mind that the film is titled Killer Sofa yet the offending piece of possessed furniture is actually a recliner – we’ve got your first look – and you can never unsee what you’re about […]

Some exciting news from the fine folks at Scream Factory as they announced that a truly modern horror masterpiece has been slated to receive their coveted “Collector’s Edition” Blu-ray treatment. Trick ‘r Treat – the Michael Dougherty directed anthology film has been a fan favorite since it first hit the festival circuit and is certainly […]